VIA SIMON AND SCHUSTER

The Downloadable Brain: We’re Closer Than We Think to Immortality

Two millennia ago, a young carpenter appeared in what is now Israel and, in addition to suggesting some guidelines on personal behavior, offered the gift of eternal life to those who believed in him. This went over well, since the prevailing religion of his people was noticeably weak in that department, lacking clear rewards for the virtuous. His apostle presented the deal in no uncertain terms: “He that heareth my word,” said John, “and believeth on him that sent me, hath everlasting life.” So far nobody has come back to testify to the veracity of this offer on the next plane of existence, but no one has disproved it, either. So that works for some people. It still doesn’t get to the nub of the matter, though. You still have to die in that scenario.

Some have searched for magic poultices, creams and liquids. In the 16th century, it was Ponce de Leon who reportedly searched Florida for waters that would stave off his rapidly approaching old age. Today, people follow in his footsteps, settling down in Boca, Hollywood and Jupiter Beach to achieve the same objective, with much the same lack of results, and in Beverly Hills, gorgons with crimped, distorted mouths and desiccated eyesacks roam Rodeo Drive, tweaking and slicing into themselves as they worship at the shrine of perpetual youth. Some even look okay at a very great distance.

It’s discouraging. Even if one buys into the notion of reincarnation, you are still only preserving the spirit; consciousness doesn’t make the trip from one life to the next. Plus, there is also the possibility that one will return in the next life as a stoat, or a guy whose karma involves the weekly cleaning of portable toilets at construction sites. Not the true vision of eternal life most of us would like, which involves sticking around without ever shuffling off this mortal coil at all, seeing the world change and evolve over generations.

No, for true advancement towards humanity’s most elusive goal, we must turn to the religion that we tend to like now: Technology. And the good news is that in this area we may actually be on the brink of success. For today, enormous gains are being made in the branch of computer science that is working to deliver eternal life to those who can afford it. Those in the hunt are far from snake-oil salesmen or alt-right marketers of nutty fluids. These are distinguished scientists making the prognostications. Nick Bostrom of Oxford University described the concept: “If emulation of particular brains is possible and affordable,” he wrote in a 2008 paper, “and if concerns about individual identity can be met, such emulation would enable back-up copies and ‘digital immortality.’”

Let’s take a moment to consider why this whole idea is not just futurist bushwah. The human brain, while based on an organic platform, is essentially a vast electronic switching station. If such is the case—or even fundamentally the case, with some, as it were, gray matter on the edges—why not work toward a method of emulating the brain-based persona of the individual in its entirety the way you would make a disc image on your laptop and then, when the operations and digital activities are mirrored in this manner, simply backing it up? Once it’s backed up, it can then be stored in a suitable, safe digital warehouse and then, when that receptacle has been created, downloaded into a young, vital living entity and voila. Old mind. Young body. Just what you always wanted. A hundred years later, you can do it again.

There is already significant scientific literature on the issue of personality transfer. Nobody writing about it doubts it can be done. Christof Koch, Chief Scientific Officer of the Allen Institute for Brain Science in Seattle, and Giulio Tononi, who holds a Distinguished Chair in Consciousness Science at the University of Wisconsin, offered this view on the circular of the Institute for Ethics and Emerging Technologies, “Consciousness is part of the natural world. It depends, we believe, only on mathematics and logic and on the imperfectly known laws of physics, chemistry and biology; it does not arise from some magical or otherworldly quality.” Once one assumes this sort of materialist view of the mind, it’s not difficult to imagine moving the contents of this mechanical entity from one housing to another.

“Immortality will be like Tesla—available at first only to the very, very, very rich, then, after a while, commoditized for the upper middle classes but pretty much stopping right there.”

Now, it is true that the task of performing a digital upload of an entire individual consciousness—its knowledge, earned experience, memories going back to the womb—the tech on that part of the process is in its infancy. But gains are being made. Thoughts and simple commands are now being transmitted over short distances by individuals with gizmos attached to their heads, moving little objects around at a distance by the power of their thoughts. It’s not much. But it shows that brain activity can be digitized and transmitted.

But let’s face it. We’re not going to go around with wires sticking out of our heads. The good news is that this really shouldn’t be necessary, not the way things appear to be going. Within just a very few years, the transporting of the electronic entity that is the human brain and all its contents will be vastly advanced—indeed, made possible—by a tremendous development in digital communications: that is, the widespread implantation of the cell phone and all its many wonderful functions right into your cranium.

Do you doubt it? I don’t. Go to any Starbucks, any airport, hotel lobby, public space, and you will see the entire strolling pageant of humanity with their noses firmly attached to a screen. Couples in restaurants. Kids hanging out at home. Staring into the little device. It’s not sustainable. It’s only a matter of time until a new way of inputting that data will be made available to those who want it and can afford it—driven by that ultimate arbiter of product development—consumer demand.

Tell the truth. Isn’t it a pain to be constantly carrying that thing around all the time? How many times a week do you lose it? Wouldn’t you like to be able to employ its many functions simply by touching your head, or maybe even just thinking about something? How would it be to be in touch with the Cloud 24/7? I propose the mastoid bone behind the ear. It’s unoccupied at the moment, totally unmonetized. It’s near the ocular and auditory systems, not to mention the wetware of the brain. It won’t be messing with your spine, which is complicated enough. The mastoid bone is perfect. And won’t it be nice to have your hands free?

Issues of storage have already been solved. The Cloud has already given us so much. Now it can be given the job of housing the collected personas of the ruling class, and still have room for all the pictures, music, movies and personal preferences of every mind on the planet. It is the quintessential storage container necessary to keep your consciousness safe while it awaits your brand new body. Until then, if your old body conks out, don’t worry. You still exist.

That’s it—a solution to the problem of death. Those now in the hunt are powerful, enormously wealthy, and have succeeded in every enterprise to which they have put their imaginative and well-funded minds. And they’re all at the precise age when the prospect of death rears its bony head. They’re also, it’s safe to say, with all due respect for their towering achievements and wealth, toxic narcissists who cannot imagine a world that might continue without them bestride it. If this was a start-up, I’d invest in it.

I figure that when it happens, immortality will be like Tesla—available at first only to the very, very, very rich, then, after a while, commoditized for the upper middle classes but pretty much stopping right there. The rest of humanity will either have access to a very inferior product or have to go ahead and die. When that day comes, there will officially be just two classes of homo sapiens: human beings and immortals. The human beings, all implanted and plugged into the corporate Cloud their entire lives, may not end up being all that sapiens. And as for the immortals, I don’t think they’re going to be very nice. After all, they haven’t been very nice this lifetime around, have they?

You may have noticed that we have yet to consider the final step of the process: the download. I have saved it for last because, frankly, it presents, I believe, a virtually insurmountable problem that attends this entire enterprise. What is this body that is created to house the ancient rich person paying for the procedure? Or, more accurately, who is that? Is it a person? A thing? Some combination of both?

Here are things it won’t be. It won’t be a baby, stuffed with the mind of an Elon Musk in its tiny cranium. It won’t be a mechanical person, a robot, because nobody with a trillion dollars in the bank and a lust for food and sex and power and fast cars is going to want to go around in an unfeeling casket like the ghost in the shell. They’re paying for immortality. They want to roll down the windows and let the wind blow back their brand new hair. And I don’t think any real mogul wants to wait for several years while a pod person grows in its cocoon.

Which is why the final step of this technology will have to be the creation of fully baked, living, organic human beings ready for download, empty of any consciousness whatsoever. And such creatures will refuse to exist. Because with life comes consciousness. And with consciousness comes the drive to exist.

Any brain capable of receiving an entire person has to be functioning on its own. It must be generating rudimentary thoughts of its own. It probably needs to be jump started into some form of consciousness to prove that the download will work. It must be a life. And as a life, it will have all the things that come with that blessing. And here comes the big, rich motherfucker to take that all away? How do we think that transaction is going to work out?

Still, the portability of consciousness is a very seductive and beautiful notion, isn’t it? Personally? I’d rather be housed in a cactus looking out the window of a cottage in Palm Desert than moldering beneath the earth for eternity. So I’m rooting for the bad guys here. God bless tech.

Stanley Bing is a bestselling fiction and nonfiction writer, and a longtime columnist for Esquire, Fortune, and many other national publications. His three novels are Lloyd: What Happened, You Look Nice Today, and Immortal Life.

What's a Poetry Reading Doing at a Tech Start-Up Anyway? 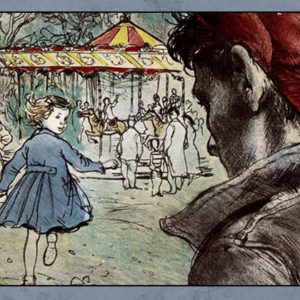 I read Catcher in the Rye for the first time as seventh grader with a shaved head, polyester thrift store button-up shirts,...
© LitHub
Back to top