Why So Much Anger for the Semicolon?

Let’s face it: writing isn’t a natural act. Our ancestors may have started speaking between 50,000 and 2 million years ago, but it was only 5,000 years ago that people started to write. Three thousand more years passed before they began to use a system of little points that eventually evolved into our modern punctuation. Then it took centuries for those punctuation practices to develop. To put that in perspective, let’s say that humanity has existed for 24 hours. By traditional estimates, more than 23 of those hours passed before people invented writing. And punctuation didn’t come along until closer to midnight.

So, from a historical point of view, our modern system of punctuation is an extremely recent development that’s subject to change. What’s more, our punctuation practices derive from two very different traditions: one aims to make grammatical sense, while the other tries to reproduce the rhythms of speech. We’ve inherited both approaches. You want your meaning to be clear, of course, but you also want your sentences to sound natural. It’s a matter of getting the balance right, for clarity and correctness, and for your personal style. So punctuation is an art as well as a science. You’re often free to make your own choices—and that’s one reason that people aren’t always sure how to punctuate.

SOME REASONS TO HATE PUNCTUATION

If you’ve ever been anxious about punctuating, you’re definitely not alone. Those pesky little marks have driven even some great authors crazy. William Wordsworth and Charlotte Brontë, for example, both asked their publishers to correct their punctuation for them. And Lord Byron, calling himself “a sad hand at your punctuation,” asked for the name of anyone who could help him with commas.

Punctuation has frustrated and annoyed other famous writers, too. Apostrophes are a favorite source of stress. George Bernard Shaw despised them. He called apostrophes “uncouth bacilli” and refused to use many of them in his play Pygmalion. Its dialogue included “That aint proper writing,” “Wont you sit down,” and “Who said I didnt?” (He did use the spellings he’ll and it’s, though, probably to avoid confusion with hell and its.) Shaw didn’t have much respect for dashes either: he called them “the great refuge of those who are too lazy to punctuate.”

Gertrude Stein went even further: she renounced almost all punctuation. Question marks are fine when used to brand cattle, she said. But in writing anybody should know that a question is a question, so who needs a question mark? She thought exclamation points and quotation marks unnecessary and ugly. Stein considered commas to be servile. And she thought that colons and semicolons were basically just pretentious commas.

People today may not think that commas are servile, but lots of us seem to feel that we can do without them in tweets, texts, and other online messages. As the linguist John McWhorter says, texting is “fingered speech.” It doesn’t necessarily conform to the conventions of formal writing, and people often think that they don’t need commas in their short digital messages. The scholar Anne Curzan adds that periods and ellipses are being repurposed in tweets and texts, but commas aren’t: periods now can imply seriousness or anger, and ellipses are being used to convey skepticism or unhappiness. But commas just signal that you’re being formal in an informal context, and they’re being purged. McWhorter argues that if we did without commas altogether, even in formal writing, we wouldn’t lose much clarity. Traditional grammarians, including William Strunk Jr. and E.B. White in their famous Elements of Style, have instructed us to use commas in certain contexts. But McWhorter denies that those are actually rules. Strunk probably also wore spats, he adds.

Punctuation is “governed two-thirds by rule and one-third by personal taste.”

Exclamation points have been with us in their modern form for over 600 years, but several writers and commentators have warned that using them is more than a failure of style—it’s also a sign of bad taste, and maybe even poor character. “An exclamation point is like laughing at your own joke,” said F. Scott Fitzgerald. David Marsh, who edits the style guide for the British newspaper The Guardian, says something similar: when a newspaper uses an exclamation point in a headline, it invariably means, “Look, we’ve written something funny.” The physician and man of letters Lewis Thomas wrote that seeing exclamation points “is like being forced to watch someone else’s small child jumping up and down crazily in the center of the living room shouting to attract attention.” If a sentence has an important point to make, Thomas concluded, it doesn’t need a mark to point it out.

Lynne Truss, author of the bestselling Eats, Shoots & Leaves, adds that in the punctuation family, “the exclamation mark is the big attention-deficit brother who gets overexcited and breaks things and laughs too loudly.” Elmore Leonard, the great crime novelist and screenwriter, concluded that one of the main rules of good writing is that you’re allowed no more than two or three exclamation points for each 100,000 words of prose. Those of you who use lots of exclamation points in your digital messages may find this hard to believe, but for a long time, typewriters didn’t even have a key for that mark. If people insisted on using one, they’d have to type a period, a backspace, and an apostrophe.

The semicolon has especially irritated several writers. Some authors have actually hated them. Kurt Vonnegut said that the first rule in creative writing is “Do not use semicolons.” He called them “hermaphrodites representing absolutely nothing. All they do is show that you’ve been to college.” That was pretty intense, but a column by the journalist James J. Kilpatrick made it seem tame. The semicolon, Kilpatrick declared, is odious and worthless, “the most pusillanimous, sissified, utterly useless mark of punctuation ever invented.” E.L. Doctorow also detested semicolons, and the Pulitzer Prize-winning author Cormac McCarthy has done his best to eliminate them altogether. He once volunteered to edit a biography of a famous physicist—as long as he could delete all of the semicolons and exclamation points.

By the way, you don’t have to be a writer to hate semicolons. Former New York City mayor Fiorello LaGuardia called bureaucrats who created red tape “semicolon boys.”

SOME REASONS TO LOVE PUNCTUATION

When we speak, we use nonverbal signs to help us get our point across. Without even thinking about it, we pause or change our intonation or loudness to help express our meaning, emphasis, and tone. We also use facial expressions, our gaze, hand gestures, and other signals. But when we write, we can’t do those things. We need a different set of tools instead, and that’s where punctuation comes in.

Punctuation helps us replace some of the nonverbal signals that we use when we talk. It’s only dots, squiggles, and slash marks. But without it, our writing would spill across the page and readers would have to try their best to figure out what we’re trying to say. Punctuation helps us express our meaning clearly. It helps us create order within sentences, and between them. It also establishes the rhythm of our writing, capturing the pauses and emphases of speech. Punctuation can convey uncertainty, excitement, anticipation, urgency, skepticism, drama, and even comic timing. It also can serve as vocal stage directions: a question mark can suggest the inflection of a speaker’s voice. Parentheses can be the equivalent of an aside. And an exclamation point can signify a surprised, rising tone of voice.

The language expert Robert Allen says that punctuation is to writing what stitching is to clothing: just as stitches hold a garment together and help give it shape, punctuation helps hold our words together and gives form to our writing. It’s a good analogy, since style is important in both clothing and writing. You want your punctuation and mechanics to enhance what you’re saying, not to distract from it. In fact, as Allen says, the key test of good punctuation is whether your readers are aware of it or not. The less they notice it, the more successful you’ve been. But isn’t it difficult to stitch words together? And how many of us are master tailors anyway?

Here’s the truth: the basic rules for punctuation and mechanics aren’t hard. It’s partly a matter of your personal style. In 1939, one prominent grammar book said that punctuation is “governed two-thirds by rule and one-third by personal taste.” I’m not sure that we can quantify it that precisely, but our punctuation practices give you a lot of latitude to make personal choices. And some of the greatest writers have regarded their choices as an essential aspect of their art. 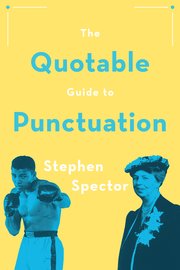 Stephen Spector is professor of English and former department chair at SUNY Stony Brook University. He has published eight books, dealing mainly with religion, politics, and language. He has received numerous prizes, fellowships, and grants, has been a Visiting Scholar at Hebrew University, Jerusalem, and has held research fellowship appointments at the National Humanities Center and Wesleyan University.

The Ghosts of Literary Greatness That Forever Haunt Paris 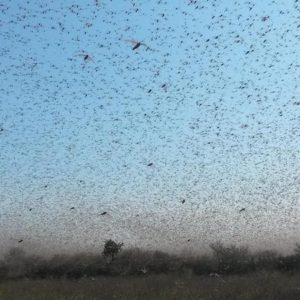 In the fall of 1873, Charles and Caroline Ingalls sold their little house in the Big Woods of Wisconsin, the log cabin where...
© LitHub
Back to top
Loading Comments...