One American’s 44-year battle to rebuild Shakespeare’s theater · Elizabeth Crane on Girls, Trump, and everyone she dated before her husband · She refused to give up: Vivian Gornick on Grace Paley’s activism · Some of Gabriel Garcia Marquez’s best characters were dead people · Edmund White on how Andrés Barba turned a grisly real-life murder into a terrifying novel · On life in North Memphis and the literary labor of Ida B. Wells, Toni Morrison and many more · Nihilism or wonder? On the evolution of the alien story · David Grann on taking true crime to the big screen · The Handmaid’s Tale adapts more than the novel: Here is America · Women died all the time: Grace Paley on illegal abortions
This week on Book Marks:
Lit Hub Daily
Share: 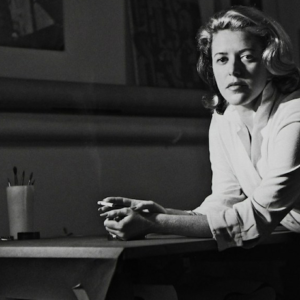 Happy Birthday, Shakespeare! Performing Hamlet in a sandstorm for Syrian refugees · Meet the American who battled...
© LitHub
Back to top