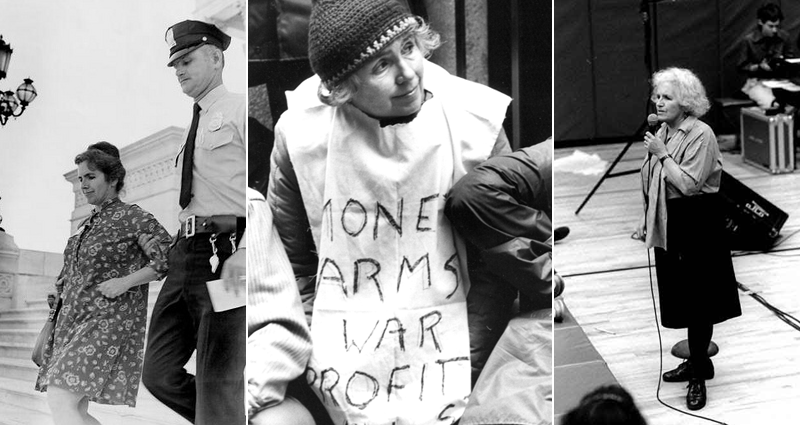 She Refused to Give Up: Vivian Gornick on Grace Paley’s Activism

I first laid eyes on a Paley sentence sometime in the 1960s, in a Berkeley bookstore, where I, a depressed graduate student, was leafing restlessly. I picked up a book of stories by a writer I’d never heard of and read: “I was popular in certain circles, says Aunt Rose. I wasn’t no thinner then, only more stationary in the flesh. In time to come, Lillie, don’t be surprised—change is a fact of God. From this no one is excused. Only a person like your mama stands on one foot, she don’t notice how big her behind is getting and sings in the canary’s ear for 30 years.”

The next time I looked up it was dark outside, the store was closing, and I had read half the book. I saw that the restlessness in me had abated. I felt warm and solid. More than warm: safe. I was feeling safe. Glad to be alive again.

“People love life more because of her writing.”

There were only three story collections in 35 years, but they made her internationally famous. She has been read all over the world, in languages you never heard of, as a master storyteller in the great tradition: people love life more because of her writing. Why? Because no matter how old Paley characters get—especially the women—they remain susceptible to the promise that someone or something is about to round the corner and make them feel again the crazy, wild, sexy excitement of being alive.

Age, loss of appetite, growing children, economic despair: they are the “normalcy” that surrounds the never-forgotten man, moment, Sunday morning when ah! one felt intensely. Ordinary time in a Paley story passes like a dream; what is real is the vividness of remembered feeling.

Strictly speaking, women and men in Paley stories do not fall in love with each other, they fall in love with their own awakened emotions: a kind of magic that suddenly, when they’re not even looking, floods the heart and swamps the senses. Mind you, they don‘t make the magic happen; it just happens. What these stories know is that women and men remain yearning creatures throughout most of their lives, always acted on, rarely acting. In her own person, Grace Paley, in relation to her characters, was counter-phobic: as passive as they were, that’s how compulsively active she was.

I knew Grace for some 30-odd years, not as a fellow writer—I don’t think we exchanged three sentences about writing—but as a comrade in the circles of liberal-left protestors that we both moved in throughout the 70s and 80s. She, infinitely more than I, was a pro at the determined acts of civil disobedience that filled those years for so many Americans. It wasn’t that I didn’t want to get arrested, so much as that I wasn’t driven enough by my unhappiness over the state of the world to always be there when the police were charging the crowd. But Grace certainly was. Vietnam, nuclear weapons, civil rights for blacks, women, and gays—you name it, there was Grace, marching, leafleting, wise-cracking, instructing the novitiates on how to act when they were loaded, inert, into the paddy wagon.

I once said to her, “Grace, if you had one word of advice to give on doing politics, what would it be?”

She laughed and said, “That’s simple, darling. You sit down and you stay down.”

“Her life was dedicated to knowing how hard it was to act—and how necessary.”

Once, however, when I was there, sitting down was not what was required. It was, rather, climbing up. Up and over.

It was sometime in the early or mid-80s, and a massive demonstration had been organized to march from a nearby Women’s Peace Camp on an army missile base outside of Seneca Falls in upstate New York. The march snaked for hours—two or three miles of walking, singing women—across the beautiful countryside, filling (I think I’m safe in saying) the hearts of everyone there with so much peaceful comradeship that it was a shock to arrive suddenly at our destination, only to be met by rows of armed soldiers standing just behind the wire fencing that surrounded the base. We were milling about in mild confusion when a voice over a loudspeaker announced that anyone who tried to climb the fence would be arrested. On the instant, some 50 young women began to climb. And then we saw Grace struggling to climb it along with them. Again and again, she’d get a quarter of the way up, only to fall back. But she refused to give up. Finally, two strong women hoisted her, holding a leg each until she reached the top. When she was finally straddling the fence, she turned to the crowd and, holding up her hand in the V-for-Victory sign, grinned her famous grin and went over the top; relieved to be caught—and arrested—as she dropped to the ground.

On that day, as on every other, getting arrested was a badge of honor for our Grace, whose life was dedicated to knowing how hard it was to act—and how necessary. The writing and the activism were mirror images of one of the most integrated lives it has been my privilege to witness.

Vivian Gornick is the bestselling author of Unfinished Business along with the acclaimed memoirs Fierce Attachments and The Odd Woman and the City, a biography of Emma Goldman, and three essay collections: The Men in My Life, Approaching Eye Level, and The End of the Novel of Love, which was a finalist for the National Book Critics Circle Award. 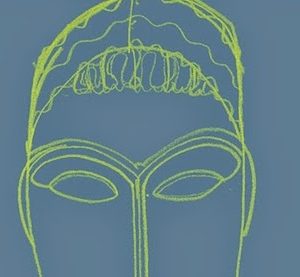 "I’ve often said it was the genocide of Rwanda’s Tutsis in 1994 that made me a writer." These are the words of author...
© LitHub
Back to top