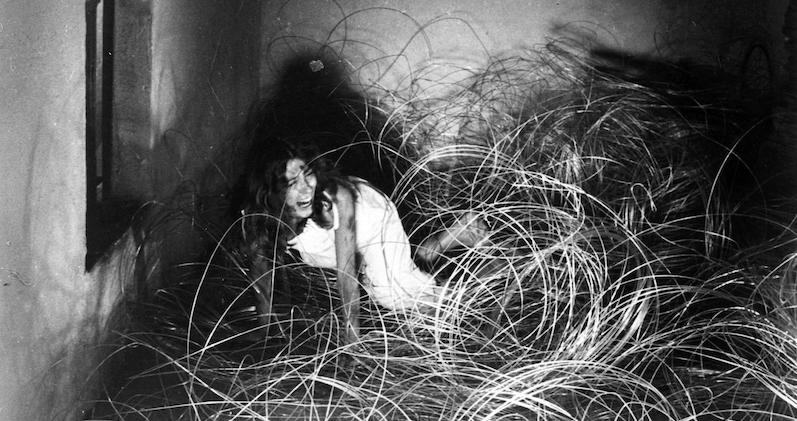 The Films of Dario Argento as a Metaphor for Illness

Kevin Killian was driving away from the San Francisco International Airport in that junker he’d pick you up in—I’m not the kind of gay who knows the make of cars, so in my mind’s eye it’s just a vague, brown station wagon that occasionally made concerning noises. The night before, he’d found a choice parking spot right near his pad on secluded Minna Street, what luck, but when he trotted down the front steps with a whistle on his lips, the keys spinning on a finger this smoldering morn (half of the state of California was on fire in the distance), he discovered a disrupted person dressed in a tattered business suit squatting behind the trunk with his pants around his ankles.

The poor fellow was clutching the vehicle’s bumper with both hands, white knuckled, face contorted in strain, with a turgid shit coiling out of his pocked ass that plopped on the warm asphalt behind one of the tires. After that dude had shambled off muttering ancient curses, Kevin realized that overnight someone had smashed a window to poke around in a pile of ungraded papers he’d left in the backseat. Little chips of glass littered the sidewalk like confetti. He never kept anything of value in his car, the radio had been stolen too many times to be replaced again, but still an uninvited guest would break in at least every few months.

It was like a tax for living in a state of social collapse. If you worked for Google, you could call a 1-800 number and Alphabet Inc. would send an undocumented worker right over to replace the window for you, no need to take it to the shop. But Kevin and his partner Dodie Bellamy were simple adjuncts who had been grandfathered into this dystopia. They had to hammer open the piggy bank every time some fresh mischance occurred.

With one of the windows missing, the drive was undeniably breezy, not that his passengers were too bothered. Kevin enjoyed picking up friends at the airport; he’d print out a sign with your name on it and hold it up outside the baggage claim like a dutiful chauffeur. Today he was taking a few celebrity acquaintances directly to Cypress Lawn, the cemetery out in Colma, to visit Jack Spicer’s niche in its disused columbarium. Casper the Friendly Ghost was in the passenger seat. In the back Ramon Novarro sat next to Isadora Duncan, who happened to be clad in an extensive silk scarf that fluttered out of the hole in the side of the car where a window used to be.

You could taste the smoke in the wind. Kevin kept stealing glances at Ramon through the rearview mirror. What a looker! He wondered if he could get the young man out of those pants to pose for a photograph later. Ramon was telling Isadora about what a difficult time he had getting his sex toys through airport security, especially this bejeweled lead dildo that had been gifted to him by Rudy Valentino. The TSA agents thought it might be some sort of weapon, or explosive device, and were only convinced otherwise after the heartthrob gave them a demonstration of its usage, he was explaining (a little louder than usual, competing with the whistling air that blew through the car).

The poet expresses communal trauma and survivor’s guilt by blowing up those intense emotions to cinematic proportions.

Isadora nodded languidly, fondling the scarf wrapped tightly around her neck. “This is red and so am I!” she declared. “It is the color of life and vigor. Kevin, you were once wild here. Don’t let them tame you! Thank god American critics don’t like me. If they did, I should feel hopeless. I give you something from my heart. I bring you something real. I can hardly dance here, where life is unreal.” Honestly, Kevin couldn’t really make out what she was saying over the noise of the road. Casper was rolling on his little butt, smiling like a goon. “Oh gee,” the ghost boy told him, “I can’t wait to meet old man Spicer. Is he really as lonely as they say, Mr. Killian?”

Kevin told the lad he should really put on his seatbelt. “Oh don’t worry about me, sir!” replied Casper, lowering his translucent white hand upon the naked flesh of Kevin’s wrist. Suddenly everything went red. A bolt of pain shot up his spine and erupted into his chest. His skin felt prickly where the ghost had touched it. His vision started to warp and blur as he gasped for oxygen. The edge of Isadora’s crimson scarf that billowed out of the window was suddenly pulled under the back wheel and got caught in the axle. The dancer felt the fabric yank tight around her throat. “Je vais à l’amour!” she croaked, before being ripped out of her seat and onto the highway.

The last thing Kevin heard was the snap of her neck. He woke up upside down, strapped in his seatbelt, the vehicle crumpled around him. Casper and Ramon were in pieces. Kevin opened his mouth but no sound emerged. The latest Kylie Minogue single played from the emptiness where the stolen radio used to be. “Help me, it’s a love attack! I’m never going back.” They’re going to… need… the jaws of life.

Kevin said in an interview that Acker “suggested that Argento’s films perform allegorical functions for the way that AIDS works in the body and in the social system.” Argento Series contains many poems named after the films of the eponymous master of horror, including “The Bird with the Crystal Plumage,” “Cat o’ Nine Tales,” “Suspiria,” “Opera,” and “Inferno.” Kevin lists a whole page of writers from whom he’s stolen lines: Tim Dlugos, Agatha Christie, Harvey Milk, John Wieners, Lisa Jarnot, and on it goes.

You must forgive me if I ever quote somebody else when I think I’m quoting Kevin, I’ve certainly made that mistake before. In the poem “Tracking Shot,” he writes, from “The killer’s POV” like the camera sneaking up on a blonde, “At the moment between now and falling asleep the ghosts rush in. I’m 45, time for ghosts, the dead fluttering their scarves./Like Isadora. Duncan. Snap.” Kevin displaces himself into a giallo flick. The killer writes their initials in blood on the wall: “H-I-V.”

The poet expresses communal trauma and survivor’s guilt by blowing up those intense emotions to cinematic proportions and bathing them in the garish bisexual lighting of Italian horror. Are those stab wounds or KS lesions? Not even the trademark black cats are safe from feline AIDS. Udo Kier makes an outsized cameo, in life like in the movies. Anything could happen. “There are six of us on this tram/before we get to Minna Street/one of us will be murdered!”

The poet becomes an invisible force, lurking in the shadows, waiting. I can feel his eyes upon me, his voice in my head.

If “AIDS ruined death” was Dennis Cooper’s dictum meaning that you couldn’t romanticize what was at your doorstep, here maybe Kevin is projecting the monster into another realm, reclaiming the allure of the grave by metaphorizing it into a glittery aesthetic that still maintains its potency, like that room of razor wire the girl falls into in Suspiria. In one of my favorite poems of his, “Phantom of the Opera,” Kevin expands the hate crime murder of Matthew Shepard into an allegory for the social martyrdom of the homosexual. Kevin becomes the deformed opera ghost, an angel of music swimming in the dark in a subterranean lake, bemoaning the cruel world above that shreds and devours beauty in hypocritical fervor.

He eulogizes Matt, whose “little feet are green,” the helpless kid “set upon by thugs” and tied to a buck fence like a scarecrow chasing off “beautiful birds.” He names the boy’s assailants: “Russell Henderson, 21/Aaron McKinley, 22,/themselves slight,/who robbed you of your underwear.” And then he names himself: “It is true, Christine//I am not an Angel, nor/a genius, nor a ghost//I am Erik.” And he is also Kevin, not a myth but a misplaced man, lost in his night music in the basement, watching the world kill itself.

Kevin said that Argento Series is a murder mystery that asks, “The HIV virus: how did it come to be? Why was our generation cursed with this plague that destroyed so many lives and killed so many men? How could this plague make the curtain come down on our fabulous world? I remember the days before AIDS as a non-stop paradise of the senses.” The poet becomes an invisible force, lurking in the shadows, waiting. I can feel his eyes upon me, his voice in my head: “I’ve been watching you since/you were a child/In the corner of the schoolyard playing ball/and reading Wayne Koestenbaum.”

Kevin spoke of the “frustration of living through the AIDS epidemic, losing so many friends, and not being able to do anything about it in writing. Every time I tried to write something it sounded ridiculous—hokey, sentimental, or as if I were posturing. In any case, it seemed the enormity of the crisis dwarfed any individual response. And yet I always felt bad about it. Sarah Schulman has said that in the future History will judge all of us by what we did during that time. I was like, ‘uh-oh!’ because I had not done enough.”

He lamented, “I’m not a heroic person.” But the way that he found to address the crisis in his writing isn’t maudlin at all, nor does it feel as if he was chasing a trend or forcing something out of a sense of obligation. In the work of Argento he discovered the skeleton key that unlocked portals to deathly realms of truth. In “The Door into Darkness,” Kevin imagined oblivion to be one doorknob turn away, lingering on the image of a reaching hand. These poems are bewitched by crimson residuals. “In despair the child says, I’ll do everything I can but it still won’t be enough! Love, Kevin.”

Lonely Christopher is the author of the poetry collections Death & Disaster Series, The Resignation, and In a January Would (new from Roof Books). He also wrote the short story collection The Mechanics of Homosexual Intercourse and the novel THERE. His plays have been presented in Canada, China, and the United States. This year he founded Inter Poets Theater, a community organization for poets who write performance work. His film credits include several international shorts and the feature MOM, which he wrote and directed. He works for homeless queer youth and lives in Brooklyn. Learn more at lonelychristopher.com. 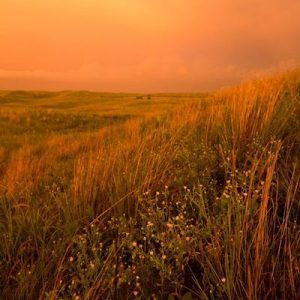