Noah Baumbach's Latest May Be More Cynical Than It Seems

Many women consider the word actress a condescending diminutive of Actor, a serious male craft. The term tells us there is something different about what actresses do. It speaks to the problem of women’s work in general: Where does it begin and end? What is an actress when she stops being a muse? What is an actress if she’s not also a wife? In what ways is each a character in the same way that a husband has always been a stage director?

By the end of Noah Baumbach’s Marriage Story, Nicole (Scarlett Johansson) has solved the problem of both wife and actress, first by divorcing her husband Charlie (Adam Driver) and later by becoming a director, like him. “Now I know what you were so obsessed with all the time,” she quips at the end of the film. Baumbach also married his actress Greta Gerwig (the two became lovers while filming Greenberg. Baumbach left his former actress/wife, Jennifer Jason Leigh, who starred in the film, for Gerwig). Gerwig has also become a celebrated film director, like her husband. Did this solve the problem of the actress, which is also the problem of the wife? Will it safeguard Baumbach’s own collaborative marriage?

Many of today’s movies and TV shows take acting as a premise—The Americans, Barry, The Kominsky Method, Huge in France, and Glow to name a few. In Marriage Story, marriage is show, marriage is theater. The theater, and acting in general, is not just a metaphor for the fiction of marriage, but a testament to our increasing inability to face reality. Twenty-first century relationships rely on artifice, yet blame that artifice for the lack of authenticity and fulfillment it creates.

When the psychiatric session began to appear in movies like Spellbound (1945), The Three Faces of Eve (1957), Splendor in the Grass (1961), and An Unmarried Woman (1978), it coincided with the second wave of feminism, the Civil Rights and the gay and lesbian movements, and also the articulation of post-war masculinity. Relationships became part of psychiatric and cinematic lexicons. Onscreen therapy lent comic relief and pathos to the post-war, white male melancholic (think Woody Allen), who felt endlessly bothered by the new world.

It is an approach that still pervades the work of male directors like Baumbach. As much as the divorce lawyers “infect” the narrative of Marriage Story, as Baumbach puts it, psychotherapy, both on and off the screen, infects our ideas about what constitutes a good relationship, a good childhood, and a good life. Conversely, it also tells us what a bad marriage is. In the hands of psychiatry and pharmacology, the discourse of love becomes prescriptive and pathologizing. Both fields have invaded the language of modern relationships, endlessly neuroticizing and narcoticizing our relation to other people, ourselves, and our past.

Noah Baumbach’s couple outsource their inner lives not only to the legal and psychiatric system, but to the fiction of theater.

The more we feel victimized and constrained by relation itself, problems—or frustrations, as Adam Phillips puts it in Missing Out: In Praise of the Unlived Life (2012)—become antithetical to a good relationship rather than necessarily part of it. There is no reality without frustration, writes Phillips, and no satisfaction either. If we do not know how to bear our frustrations, we cannot bear real pleasure. We are captive to our narcissism, our fantasies, and our doubles.

Not surprisingly, Woody Allen’s filmography has fully capitalized on psychiatry’s 20th century interventions, putting the neurotic melancholic at the center of our modern-day disenchantment with the power of love. In many ways, Nicole is just as much a Woody Allen invention as Charlie. This has something to do with the language of American cinema, as well as the dulling affects of psychoanalysis—cinema’s twin—in daily life.

No longer confined to a private therapy session, today’s psychological experiences operate primarily in the form of everyday discourse. In Marriage Story, the legal and psychological advice that Nicole and Charlie receive is interchangeable. One sounds like the other. Baumbach’s couple outsource their inner lives not only to the legal and psychiatric system, but to the fiction of theater. The film fails to comprehend the way these three modalities might explain why Nicole and Charlie are unable to work through or overcome their problems.

While Freud believed love was irrational and sexual, the German psychologist and sociologist Erich Fromm saw love as a “capacity” of the “mature character.” In The Art of Loving (1956), Fromm blames the disintegration of love in Western society on the rise of consumer capitalism, arguing that the “concentration and centralization of capital” after World War I profoundly altered our “character structure” and therefore our capacity to love. Real love was replaced by pseudo-love, which is neurotic because it is based on idealization, projection, and fantasy.

To stage a relationship within the literal theater, as Marriage Story does, instills the idea that relationships, like any role, require constant pretense. With capitalism as the organizing social and emotional principle, modern love, Fromm argues, becomes egoism à deux. For Fromm, love is a discipline, a practice—an art—not a feeling that comes and goes.

Charlie’s prodigious egoism is responsible for what happens to his marriage with Nicole. He is the one who cheats and he is the one around whom the marriage has always revolved. He is also the one with the least amount of insight. But almost everyone in Marriage Story is self-serving and self-absorbed. Nicole says she has always fed on male attention and direction as her life force (she feels “dead” otherwise), and Nora Fanshaw (Laura Dern), Nicole’s high-powered LA divorce attorney, cynically exploits the language of feminism and emotional capitalism to represent her female clients. What we see between Charlie and Nicole is what Fromm calls the “socially patterned pathology of love.” It’s also the socially patterned pathology of the contemporary egocentric personality.

Early on in Marriage Story, Charlie and Nicole’s mediator instructs them to each memorialize their relationship in the form of a love letter that lists all the things they love about each other. We hear these lists in voiceover during the movie’s opening montage. Instead of a couple, we get an inventory. Love is idealized and sentimentalized because it is in the past. It is remembered differently than the way it was actually experienced. As an abstraction, Charlie and Nicole’s relationship is another form of pseudo-love. We never see it.

Baumbach’s film doesn’t simply reinvent marriage as divorce, it makes romance a hollow concept as well as a gimmicky diagnostic exercise. The mediation scene (a form of therapy) is incoherent because its outcome contradicts its sentiment. Like Charlie’s piano-bar rendition of Steven Sondheim’s “Being Alive” at the end of the film, the couple’s love letters, which are observant, celebratory, and romantic, are nevertheless consigned to the work of ending a relationship rather than salvaging it.

This begs a series of questions: Why write a long list of all the things you claim to love about someone if you are incapable of loving them—if love doesn’t beget love? And if loving someone produces the same outcome as not loving them, why is the language of loving and not-loving identical? Tellingly, “Being Alive” contains the ambivalent lyric: “Someone to hold me too close/someone to hurt me too deep”—neither are tolerable for the melancholic lover. Both feel bad. Like the couple’s love letters, “Being Alive” comes at the end of the relationship, once the divorce is final, instead of at the beginning, as it does in Sondheim’s 1970 musical Company.

In Love in the Western World (1958), Denis de Rougement traces the history of romantic love, focusing on the tragic myth of Tristan and Iseult, a Western archetype that Marriage Story rearranges. In the love-as-tragedy model, there is a deliberate effort to renew both obstacle and struggle in order to restore desire. The desire for continual obstruction, de Rougement argues, is a desire for death. “No problem is ever understood till we have foreseen how to solve it and pass beyond it.”

Baumbach dooms marriage by bypassing it altogether without showing us the problems that led to its unraveling. In Marriage Story, the very concept of love is gaslit.

Just as director is Charlie’s double, actress is Nicole’s. Both of these doppelgängers intrude on the melancholic couple’s lives in order to separate them. Indeed, being Charlie’s favorite actress is one of the reasons Nicole wants to flee the marriage. Charlie wants to direct Nicole, but he doesn’t seem to be interested in loving her.

Baumbach dooms marriage by bypassing it altogether without showing us the problems that led to its unraveling. In Marriage Story, the very concept of love is gaslit, a growing trend in movies as wide-ranging as Up in the Air (2009), Annihilation (2018), and Widows (2018). While betrayal and suspicion once belonged almost exclusively to noirs and thrillers, subterfuge now permeates all film genres, deceiving characters and audience alike. Baumbach said it himself when describing his film in a Netflix interview: “You see it in thrillers all the time, all the stuff that seemed innocent in the beginning—you know he touched the wine glass, we have the finger print—all those things suddenly become part of the police investigation.”

Betrayal, suspicion, and pain are presented as the inevitable outcomes of intimacy. In Baumbach’s case, it is the blueprint. In each of these films, love is revealed to be a lie without any indication that it was a lie. Baumbach claims there are clues for the dissolution of Charlie and Nicole’s marriage, but how can that be if we never actually saw the marriage and are only given a montage of a once-happy couple? Why should we believe this happiness was real, and, by the same token, that it wasn’t? Why should we believe this marriage is doomed if we don’t actually know what doomed it?

When love is no longer something we can trust or believe in, love, ambivalence, desire, and paranoia become so entangled we don’t know what structure or person will betray us and what or who will set us free. We don’t know the difference between love and pain. We don’t know whether we are the cause of unhappiness or the recipient of it.

Baumbach’s melancholic opus posits that relationships end the moment they start; wants become burdens the moment they are fulfilled; to truly know someone is to eventually hate them, and love will never get our full faith or respect. By making divorce the focus of his film, Baumbach teaches us to care more about what it takes to separate—to “consciously uncouple,” as Gwenyth Paltrow famously described her own divorce from Chris Martin—than what it takes to be together.

Masha Tupitsyn is a writer, critic, and multi-media artist. She is the author of Love Dog, LACONIA: 1,200 Tweets on Film, and Beauty Talk & Monsters, as well as the films Love Sounds and the ongoing film series, DECADES. Her new book, Picture Cycle, is out now with Semiotexte/MIT. 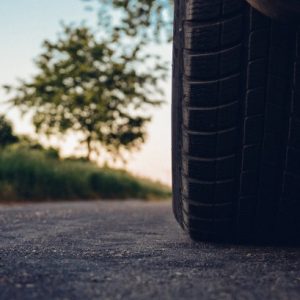 I feel creatively lost most of the time. It doesn’t matter if I’m beginning a fresh project, wading through the middle,...
© LitHub
Back to top