TODAY: In 1855, Alfred Tennyson reads from his new book Maud and other poems at a social gathering in the home of Robert and Elizabeth Browning in London; Dante Gabriel Rossetti makes a sketch of him doing so (see above).
Lit Hub Daily
Share:

10 Songs for J.G. Ballard's Post-Apocalyptic Vision of a Future London

How New Orleans Became the Paris of the Mississippi 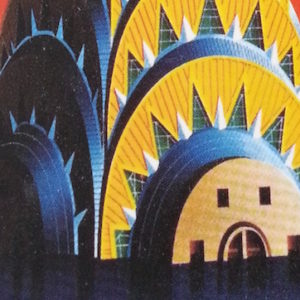 10 Songs for J.G. Ballard's Post-Apocalyptic Vision of a Future London

Soon it would be too hot. J.G. Ballard's 1962 masterpiece begins with this elemental observation—but of course it is already...
© LitHub
Back to top