What We Can Learn from “Ordinary” Nazis

Jessica Shattuck on the Dangers of Making Monsters of Men

Somewhere in the middle of the seven years I spent writing my novel, The Women in the Castle, I became aware of a dismaying trend. People had “WWII fatigue.” Before they found out I was at work on a novel about that time, or more precisely about the time immediately after the war, they would grimace or sigh about how they couldn’t read another “Holocaust book.”

I could understand where they were coming from. So many movies and books follow the same well-worn paths of the WWII canon—the desperate, heartbreaking tales of the victims and the horrific images of sadistic SS monsters. The few “ordinary Germans” are always secretly disgusted by Hitler or privately carrying out brave acts of resistance. But in truth, the German population was generally enthusiastic about Hitler and the Nazi movement, at least before the war.

I was working on a story of “ordinary Germans” who fall somewhere between the poles of victim and villain. Although my characters aren’t immediate perpetrators of the Holocaust’s horrors, they enable it. They range from early adopters of the Nazi party to resisters, but in all cases, they are, to varying degrees, complicit in the events that unfold around them. I was not trying to add a story of bravery and heroism to an already bursting canon, or attempting to detail the experiences of victims and survivors. Not because they aren’t important—the victim’s stories are the most important stories of the Holocaust and the place from which all serious efforts at understanding need to begin. But I wanted to move backward into the less well-charted waters of understanding not just the what, but the how: how could the Holocaust have happened? How could ordinary people have allowed it to occur? How did they live with themselves afterwards?

From the dawn of modern-day Holocaust studies in the early 60s through the 90s, when Daniel Goldhagen wrote Hitler’s Willing Executioners, a semi-consensus developed around the idea that “humanizing” Nazis was morally incorrect—that to view the people responsible for the atrocities and tragedy of the Holocaust in anything but stark black-and-white terms was to mitigate their guilt or detract from the suffering of their victims. Any effort to understand became conflated with a desire to forgive. And talk of German hardship either before or after WWII (which inevitably comes up in any attempt to contextualize the appeal of the Nazi party in the 1930s) was seen as directly taking away from the much greater suffering of the victims. To me, however, the boundaries that these concerns have given rise to are more dangerous than the dangers they sought to avoid. If writing about that time is determined by conventions and required to fit a form, what emerges is not insight but a reinforced narrative, and one that has been flattened to something like allegory.

If we don’t view (or write about) Germans of that time as human beings, capable of love and hate, cruelty and kindness, we render them “other” and absolve ourselves of the need to view their flawed choices as a cautionary tale. If they are all monsters, we can feel assured that their experience is irrelevant to us; we can condemn without self-examination. Of course, there are many examples of horrifically cruel and manipulative men and women who used Nazism as a vehicle for their own psychopathic or sociopathic tendencies, to whom most of us (hopefully) cannot relate. But the “fellow travelers” and middle-of-the-road Nazis do have something to teach us. These are the people who joined the party, went to rallies, who—at least in the beginning—embraced Hitler’s promises of economic renewal, national pride, and protection against the threat of Bolshevism.

Just before my book came out this spring, I wrote an Op-Ed about the fact that my “ordinary German” grandparents had in fact been members of the Nazi party and had even worked in an agricultural education program for teenagers that fell under the umbrella of the Hitler Youth. I had to battle my own lifetime of reticence on the subject, my layers of embarrassment and shame, and the worry that to say I loved them was morally corrupt. In the first few hours after the piece went up, readers posted 508 comments, at which point comments were closed so as not to overwhelm the manual vetters. For the next few weeks, I received hundreds of emails to my personal account.

Of course, I also heard from people who hewed to the “you-are-humanizing Nazis” criticism, and others who felt I was wrong to forgive my grandmother (or not forgive, depending on how they read the piece, which I don’t view as having anything to do with forgiveness). But they were in the minority. Mostly, people seemed hungry to try to understand how human beings not unlike themselves could have been drawn into a movement that would become synonymous with evil.

To me, by far the most troubling, and not uncommon, response included, “I never thought about what it was like to be a German at that time.”

Especially with the rise of neo-Nazism and white supremacism in America today, it seems clear we need to rectify this blind spot. I don’t claim to have a deep sociological understanding of today’s white supremacist movement, and I know it is not an exact copy of the Nazi movement that swept Germany in the 1930s. However, I do know that many forces which influenced the Nazis of yore are now at play in America.

Like many Americans today, Germans in the 1930s felt the sting of belonging to an empire in decline. The Treaty of Versailles, which ended WWI, demanded huge reparations from Germany, turned much of the country’s industry over to French occupation, and declared Germany unilaterally guilty of starting WWI. Large swaths of society had little opportunity for economic or social betterment, and many Germans felt threatened and discomfited by belonging to a newly interconnected, global world. The population Germans were quickest to discriminate against were immigrants: Jews from Poland, Russia, and the Ukraine who had come to Germany fleeing poverty and persecution in their own countries.

In manufacturing and celebrating a “superior” racial identity for Germans, Hitler gave them a way to feel powerful that did not require the traditional mechanisms of power: money, geo-political dominance, or military might. This was not the first time—or the last—that racial identity offered an alternate claim to power for people feeling otherwise dispossessed. And the dangerous mixture of racism, anti-Semitism, and xenophobia that Hitler used to bind a fractured populace now binds sections of American society today.

In certain disturbing ways, the contemporary white nationalist movement’s adoption of the symbols and slogans of the original Nazi movement renders it even more frightening than its predecessor. The people using those symbols and shouting those slogans today know the one thing that their predecessors in the 1930s couldn’t have known: exactly where all that waving and shouting led to the first time.

But so do the rest of us. And for exactly that reason, we need to learn from the experience of “ordinary Germans” and keep our eyes open, to cross-examine our facts and narratives, both those we receive and those we tell ourselves. We need to speak and act out against the expressions of hatred, intolerance, and discrimination we now recognize as warning signs. To understand the population that supported Hitler and ultimately enabled the Holocaust as human—deeply flawed, misguided, and unequivocally guilty, but three dimensional—is to understand how vigilant we must be with ourselves.

The Women in the Castle, by Jessica Shattuck, is available now from William Morrow. Featured photo by Hugo Jaeger.

Jessica Shattuck is the award-winning author of The Hazards of Good Breeding, which was a New York Times Notable Book and finalist for the PEN/Winship Award, and Perfect Life. Her writing has appeared in the New York Times, New Yorker, Glamour, Mother Jones, Wired, and The Believer, among other publications. A graduate of Harvard University, she received her MFA from Columbia University. She lives with her husband and three children in Brookline, Massachusetts. 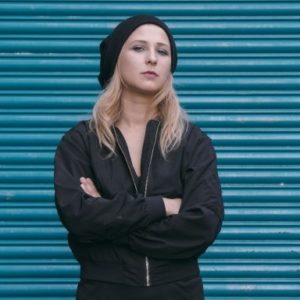 Thee summer was over. Darkness fell early. Putin announced he would run for a third presidential term. Thee magical...
© LitHub
Back to top