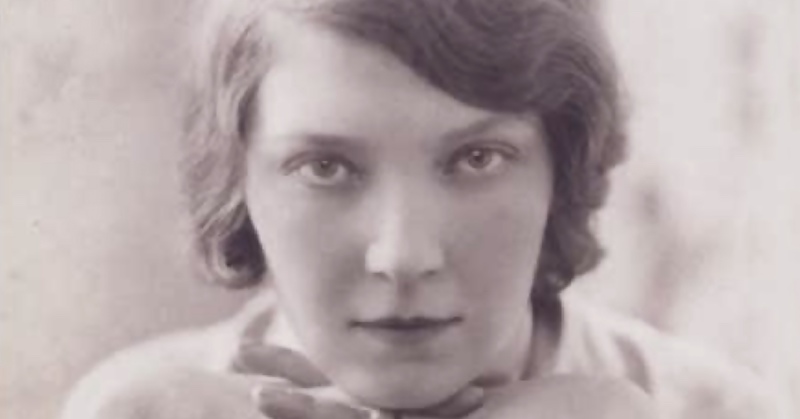 David Plante’s Difficult Women, his account of his life as a young writer in London in the late 1970s, was first published in 1983; decades later, it continues to divide readers between those who are captivated by its grace and wit, and those who perceive it as disloyal, improper, unkind, and pitiless. A writer of my acquaintance known for her transgressive fiction bridles at the mere mention of Plante’s name. Because of this book, she has said, she will never read another word by the man.

There is certainly something startling about the almost childlike frankness with which Plante depicts his three subjects—Jean Rhys in her final years, the feminist activist and theorist Germaine Greer, and Sonia Orwell, who, though married to George Orwell for only 14 weeks before being widowed, carried his (pen) name to the end of her life. Doubtless, my initial pleasure in reading this book was in part voyeuristic. Plante has said that everything in Difficult Women comes word for word from his diaries, and his observations do have the unmediated intimacy of a secret journal—any thought he has troubled himself to record, he is willing to share. Its revelations, particularly (and somewhat notoriously) those about Jean Rhys, may approach poor taste—or more importantly risk being accused of poor taste. But the risk of offending others can stir up something vital in a writer, and Plante’s gamble with his own reputation has paid off: Difficult Women remains an illuminating work—the writer never seems to bring himself up short, never tells himself I better not say that.

In Difficult Women a preternaturally alert novelist describes how he was bullied and disrespected by three formidable women. Plante’s three subjects seem to have no idea or concern that as soon as he returns to his room he will be writing down the slights, slips of the tongue, and the bad behavior he has witnessed. Here, for example, is Plante enduring Sonia Orwell’s spiky hospitality:

At table, I tried to take my place in the talk, but most of it—as I discovered often happened in London—had to do with people I didn’t know. Whenever I did speak up, Sonia glared at me and said, “That’s silly.” I kept sweating . . . The conversation turned to a writer whose work I didn’t like, and I said something about it, and Sonia said to me harshly, almost shouting, “What do you know about writing?”

In incidents like this, one can feel both the affront and the social claustrophobia of the moment, and an understanding is reached between memoirist and reader: how not to cheer on the Extra Man who is treated harshly? The diary becomes a refuge where wounded pride is offered succor—for certain kinds of poison, writing it down word for word is the best antidote. Yet questions about tact and taste continue to orbit the book, presenting moral challenges not just for the writer but for the reader as well. Difficult Women was Plante’s first sustained work of nonfiction and reading it now I am reminded of what Janet Malcolm said about writers who insinuate themselves into the lives of others: “Every journalist who is not too stupid or too full of himself to notice what is going on knows that what he does is morally indefensible.” Malcolm famously argued that when a writer speaks to a subject there is at the core of the transaction a kind of seduction and betrayal, putting an indelible moral stain on the fabric of the relationship.

He [the writer] is a kind of confidence man, preying on people’s vanity, ignorance or loneliness, gaining their trust and betraying them without remorse. Like the credulous widow who wakes up one day to find the charming young man and all her savings gone, so the consenting subject of a piece of nonfiction writing learns—when the article or book appears—his hard lesson. Journalists justify their treachery in various ways according to their temperaments. The more pompous talk about freedom of speech and “the public’s right to know”; the least talented talk about Art; the seemliest murmur about earning a living.

One cannot help but wonder if Difficult Women was something of an ambush. And, if so, what was the moral justification for reporting moments in the life of Sonia Orwell and Jean Rhys, both deceased before the book’s publication, which they might plausibly denounce as an invasion of privacy? Plante is gentler with the living, and Germaine Greer makes it through largely unblemished. Who and what is not fair game in a writer’s work? Whatever rules of decorum govern the writing of memoir, Plante flagrantly disregards them, reminding me of the great blues lyric by Sonny Boy Williamson: Don’t start me talkin’ / I’ll tell everything I know. Of course, someone willing to do that has a real hold on our attention. In Plante’s book the past, rendered without the faintest elegiac quiver, and seemingly without fear of consequence, remains shocking, as if it were still present.

Plante’s memoir has some of the same power as his novels. From the outset of his career he was attuned to the indignities of aging, and to how our bodies wordlessly confess to our helpless animal nature. In The Family, The Woods, and The Country, his trilogy about a Catholic French-Canadian working-class family in Rhode Island, Plante’s fascination with what many writers would choose to omit is apparent from the opening pages. “When his father leaned forward the bathrobe came away from his chest, and Daniel saw underneath to an armpit.” Later in that same novel: “Daniel left his mother and brother and walked towards the exit to go to the toilet. He passed the old women sitting in a long row along the side of the hall, under the pipes. . . . Their mouths were turned down at the corners; they had chin hair; their arms were fat and loose-fleshed, and they kept them folded. Daniel walked at a distance from them, imagining they would emit a smell.”

Plante’s preoccupation with what is most unguarded and vulnerable in his characters, and his willingness to describe the body’s sorrows and failures give his novels toughness. But though his descriptions and perceptions are blunt, his style is elegant, sternly lyrical. In a work of nonfiction, however, this same mandarin funkiness raised readers’ hackles. His portrait of Jean Rhys drew particular censure. We see her incapacitated by drink. We see her helpless in her hotel bathroom. It has to be said that taking down Sonia Orwell’s own repellent posh remarks and telling us about Germaine Greer lamenting the state of her ass didn’t win Plante many friends, either.

In fact, Difficult Women—and, by extension, Plante himself—made enemies. Mary-Kay Wilmers of the London Review of Books warned him that “telling funny stories about your friends is a tricky business if you intend to go on having friends. . . . No one who records everything he sees his friends do and hears them say does so without malice, yet something besides malice must have prompted Mr. Plante to write up his diary for publication, especially as he can’t make his friends look silly without looking pretty silly himself.”

Plante is too expert a writer not to know what kind of attention these pages were going to draw, and too perceptive about human motivations and vulnerabilities not to know that in exposing others he is simultaneously exposing himself. He doubtlessly knew that by publishing his diaries he was courting stern criticism. He may have been courting social ostracism as well—and this could account for some of the project’s dark appeal both for writer and reader. Something similar has been theorized about Truman Capote’s last book, Answered Prayers, that it was Capote’s way to get his phone to stop ringing, and to spring free of the La Côte Basque crowd once and for all.

Part of the allure of Difficult Women is trying to puzzle out what motivated Plante’s exposure of his friends and himself. The literary artist from hardscrabble New England beginnings was living now in old England, perhaps not as a well-known writer, but connected well enough—Stephen Spender was a friend—to receive some fairly choice invitations. Perhaps his willingness to report on the vulnerabilities of his companions, all of them more prominent than he was, and most with more money at their disposal, was a way of reminding himself that they were all as flawed and human as the people with whom he was raised. It could also have been an attempt to exorcise their influence. Like a man trapped within the push and pull of a relationship with his impossible mother, Plante here is grappling with his attraction to women who are all outwardly more powerful than he is, and none of whom take him terribly seriously as a writer—though the sense of affront is too palpable to be mere literary vanity. On display here is a man getting his own back on more levels than one. The portraits may be stark, but in seeking to reveal the irreducible core of his subject, to display each self as it exists in spite of itself, compulsively, he succeeds in making these portraits live—and endure. These difficult women are recognizably real people. And by virtue of not explaining himself, and making no excuses, Plante succeeds too in adding to the portraits of his three subjects a self-portrait that is no less compelling and puzzling.

In its way, Difficult Women is a deeply generous work. Plante invites us into his world; we see what he sees, and even in those places where we cringe a bit, we remain rapt. Plante’s willingness to make his relationship to us more important than his relationship to his friends forges a powerful bond between writer and reader. He entrusts us with this record of his life, without filters, flattery, or fear, and we make of it what we will. When I first read this book 30 years ago, I mistakenly thought that this bond between Plante and the reader came wholly at the expense of his subjects. Now it reads differently for me. The trapped marginal Extra Man writer is a comic figure here, while the three tempestuous women Plante portrays loom large. Young Daniel in The Family may have been afraid to walk past the women sitting near the bathroom. In Difficult Women David Plante is prepared to follow the story wherever it takes him, blithely burning his bridges as he proceeds, and the result has the gruesome beauty of the portraits of Lucian Freud. 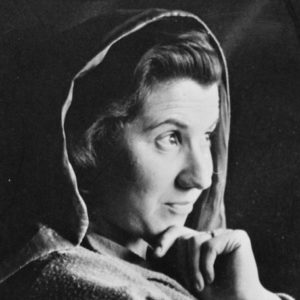 You don’t have to keep a diary to reveal your innards in words. Curt snaps at service workers; whispering secrets in kids’...
© LitHub
Back to top