TODAY: In 1896, Anton Chekhov’s The Seagull premieres in St. Petersburg and flops, prompting him to declare, “Not if I live to be seven hundred will I write another play.” (Above, Chekhov reads The Seagull with the Moscar Art Theatre company in 1898, presumably after recovering from the failure.) 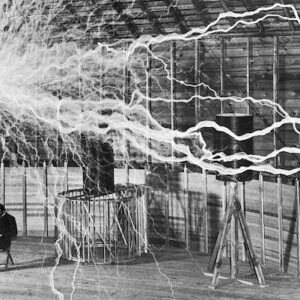 Over the years, I had become resigned to the idea that I’d never make my Tesla movie. A science-fiction film set in the late...
© LitHub
Back to top