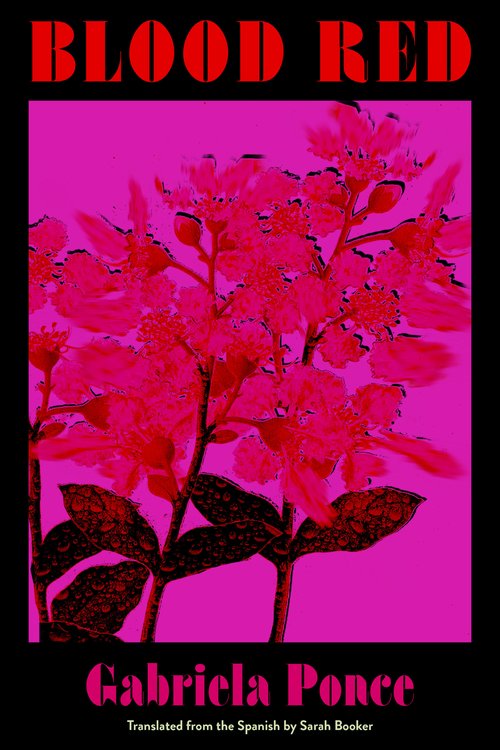 The following is from Gabriela Ponce's Blood Red. Ponce is a writer, playwright and theater director, as well as a professor of performing arts at the Universidad San Francisco de Quito, Ecuador. Her previous books include a collection of stories, Antropofaguitas, the novel Sanguínea (Severo Editorial), which was awarded the Gallegos Lara prize by the Municipality of Quito for Best Novel of the Year, and Solo hay un jardín: en el fondo de todo hay un jardín (La Caída editorial) a compilation of her plays.

and all those words sounded like a song or a poem or like the conjunction and that was the reason for being or the possibility of being of the things, of the leaves and the air and her finger in that moment, carefully rubbing the borders of my interior. She always talked a lot and much of what she said, above all when she made an effort, I found rather banal, but when she lost the seriousness, she was capable of saying things that surprised and elucidated me, and that morning, that recitation of things while she touched me had concluded with a phrase that alluded to the existence of something mysterious, that’s how she said it, something that traverses the world, that traverses the leaf but doesn’t kill it. That idea had calmed my spirit, and in the afternoon, watching her body receive the crash of water next to another body, it became an ineffable revelation, like every revelation is. A thought escaping from the loss to anchor itself in a single image. It wasn’t the experience of unity, nor was it the experience of dissolution, nor was it the conjunction allowing itself, everything, to be, but a multiplication and a derailment. That’s what we were. I felt in that moment the multiplication like an echo of the stone in my belly—my belly full of myomas, a doctor telling me I won’t be able to have children—and I also felt the pleasure of the forms and the deviations between the forms and their names. I held my gaze on a tree and savored the word leaf. The leaves, that green made from the earth, from the roots and exposed in so many shapes in the air. Material that’s always immersed in another material: intimacy stronger than contiguity and conjunction. To say it like that isn’t precise, either. It sounds pretentious and elemental and confused, but it’s true that those sensations led me to say a phrase I remember exactly: I want to start over. I immediately knew it was impossible and sank into the water strangely feeling a relief that made me float and breathe lying atop the water, finally not afraid.

A proposed Russian “LGBQT Propaganda” bill would ban work by Dostoevsky and Bulgakov. 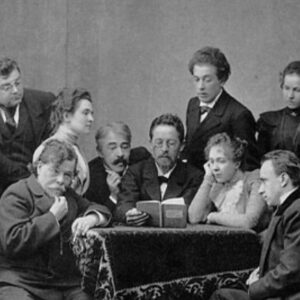 Lit Hub Daily: October 17, 2022 “Could Elmo’s and Cookie Monster’s wacky, lighthearted banter even be translated for Dostoevskian, angst-ridden...
© LitHub
Back to top