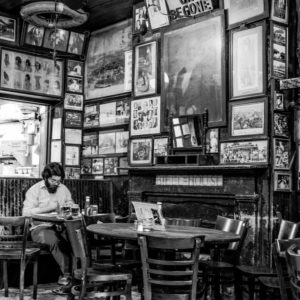 We’re not sure the first time he called. Nor are we sure who first answered the bar’s wall-mounted pay phone that day and heard...
© LitHub
Back to top