Baseball is not a sport for the anxious. Unlike basketball or hockey, it’s impossible for any one player to get lost in the crowd. In that way, baseball is a solitary endeavor. Players stand at their position, far from each of their teammates. When a ball comes their way, all eyes are on them; it’s their play to make or break. As a hitter, they stand in the batter’s box all alone. They can singlehandedly save the day or be the one that lets everyone down.

As for the pitcher, they stand in the middle of the field and must control and direct the entire game. It ebbs and flows, rises and falls, with the performance of the man on the mound. In many ways, it is the pitcher who orchestrates the movements of everyone else on the field; he is the bandleader, and the players dance to the music he plays. To do this, one must be mentally bulletproof. Sports psychologist Dr. Ken Ravizza says that to play sports is to “go and . . . stand naked in front of the gods. And you still have to go out there and perform.” Naked, before the gods: stoic and confident. But what happens when you’re not? Two new books answer that question, tackling anxiety, mental health, and baseball—one from the player’s perspective and another from that of the fan.

Rick Ankiel’s book, The Phenomenon: Pressure, the Yips, and the Pitch That Changed My Life, is a story about how he lost the ability to pitch in the middle of a playoff game during his rookie season in the major leagues and never regained it, despite having no physical injuries. It’s a much-needed narrative in the sports memoir genre, one that tackles the topic of mental health, something only a few books before it have done (most notably Dirk Hayhurst’s Bigger Than The Game: Restitching A Major League Life).

The MLB itself appears to be making some similar strides. In April 2015, the Chicago Cubs, the Boston Red Sox, and the Washington Nationals announced that they were expanding their mental health support services, and other teams are following suit. In 2016, the Red Sox announced that pitching prospect Brian Johnson would be placed on the temporary inactive list while he sought treatment for anxiety. Johnson said he found himself consumed with thoughts about baseball, even when not playing. He had difficulty focusing on the mound, and his pitching performance tanked. He had trouble expressing what was wrong when probed, his words tangling into an incoherent mess. He spent two months in Florida finding a combination of rest, medication, and therapy that worked for him before returning to his team. This season, Johnson made his second major league start for the Red Sox.

But, as Stacey May Fowles writes in an essay titled “What Baseball Still Doesn’t Get About Injury and Mental Health,” “When it comes to mental health strategies, it can often feel like the league’s focus is more about how said challenges affect a player’s performance on the field—their ‘mental game’—than it is about their overarching concern for their well-being.” Her essay collection Baseball Life Advice, like The Phenomenon, explore topics usually off limits to sports writers, including anxiety—that of both players and herself.

Fowles calls sports “a mental health powder keg.” She argues that sports culture, including baseball, is prone to falling into the trap of toxic masculinity whereby we have trouble believing that athletes are as vulnerable as anyone else, “yet mental health is as much a part of an athlete’s ability to perform as any other aspect of their well-being.” Similarly, Ankiel, despite suffering from anxiety himself, finds himself asking “how men like me, big, strong men—major-league pitchers and catchers, NBA shooters, NFL quarterbacks, pro golfers—can be reduced to somber, anxiety-ridden casualties of the mind.”

“In the grasp of my monster, I would wake nightly soaked in sweat and terror,” Ankiel writes of his anxiety. The “monster” that he refers to has many other names, as well. Is is the titular “yips,” the Thing, or the phenomenon. It is a known condition that strikes professional athletes with no real warning, rendering them unable to perform the physical skills that they used to be able to do in their sleep. “They call it ‘the Thing’ because there’s no diagnosis and no cure, and so they kick it around and try not to look at it and do not become so friendly as to actually give it a name because ‘anxiety disorder’ is not the kind of phrase one slips into a baseball conversation,” he explains (“You just don’t talk about your emotions . . . baseball players don’t do that,” Hayhurst writes in Bigger Than the Game).

“Damn man, get ahold of yourself and just throw the baseball,” Ankiel recalls thinking when he’d see other players fighting “the Thing.” Until, that is, it came for him. The misconception that anxiety is something that can be thought through, or out of, holds true not just for athletes but for the world at large.

Fowles also describes being unable to break the vicious cycle of anxious thinking, no matter how hard she tried. Like Ankiel, she knew it wasn’t logical. But neither one of them could do anything to stop it, or to go back to the person they had been before. That’s the thing about irrational anxiety: you can’t fix your broken brain with your broken brain. In trying to think yourself out of it, you can instead think yourself deeper into it.

According to the National Institute of Mental Health, anxiety disorders are the most common mental illness in the United States, affecting 40 million adults in the United States, which means that 18 percent of the population suffers from some kind of anxiety disorder. Symptoms of anxiety include irrational thoughts and worries, racing thoughts, sweating, fatigue, irritability, nightmares, insomnia, a sense of impending doom, shortness of breath or hyperventilating, shaking, and sweating. Ankiel writes, “Anxiety came like a dam break, and then I was wading in it, one sodden step at a time, sloshing about and slowly . . . slowly . . . drowning in it.”

In an interview with ThinkProgress about her book, Fowles describes how watching a pitcher go back out onto the field, day after day, especially after a bad outing, helped her to pick herself back up and “come back and fight another day” when anxiety seemed like it might swallow her whole. “To go out there and be at the center of this match-up and be emotionally resilient enough at the prospect of failure on a grand scale . . . It’s incredibly inspiring to see how a pitcher can fail so incredibly one day and then come back and do it again and try again,” she said.

And Ankiel describes attempting to do just that: find his ability to pitch again. When that didn’t work, he just tried to find a way, any way, back to baseball. He spent years stubbornly refusing to give up. “When the time came, be it on the pitcher’s mound or in the batter’s box, I would face the game alone. Just me and the demons . . . And every day I returned to test the demons again. I’d take one more breath, throw one more pitch, leave it behind, and try again.” The end result was that he left the sport forever, “humiliated.”

For both Ankiel and Fowles, baseball represents escape. Baseball, Ankiel writes, was his ticket out. Out of an abusive home and away from an angry, alcoholic father. For Fowles, becoming a fan of the sport was a distraction from the anxiety that ate at her and followed her wherever she went. Baseball was high stakes for Ankiel; if he did not excel, his ticket was revoked. But for Fowles, the low stakes of watching the perpetually bad Toronto Blue Jays meant she could relax and just enjoy the play on the field and the cadence of the game. Games were a mindless escape for her otherwise anxious brain. But when the Blue Jays began to get good, Fowles writes that she had to face the fact that “my anxiety was following me to the place I had so often gone to avoid it.”

Like the player’s experience with the sport, the fan’s is also an anxious one. Fowles says she watches high-stakes games with her hand over her face, or hides in the bathroom, or paces on the concourse. But Fowles found that baseball anxiety was actually good for her, a form of exposure therapy that let her feel the anxious feelings in a safe way—where the outcome was not life or death because, at the end of the day, baseball really is just a game.

“If I am a person characterized by my struggle with irrational anxiety, what does it mean that I so willingly subject myself to a tight pennant race and these vital do-or-die games? . . . It’s an important reminder that true beauty and fulfillment can often only be found when we’re willing to face our struggles head on,” writes Fowles. Ankiel’s quest to get to the root of the Yips—to answer the “why”—was his way of facing the struggle head on. He attempted comeback after comeback, tried time and again to return to the game, but it was not until he faced his biggest fear—sitting on a therapist’s couch and truly getting to the root of what was happening inside his head—that Ankiel found his own version of peace.

What these books do is give us permission to talk about anxiety in a world that’s often dominated by stoicism, where admitting weakness means admitting defeat. These taboos are amplified, magnified in the world of sports, but both Fowles and Ankiel do their part to chip away at the facade that quite literally destroys people. In their writing, they demystify anxiety, humanize it, and encourage others to bring their own monsters into the light. Nothing is ever quite as scary as it seems in darkness.

Britni de la Cretaz is a freelance writer, recovered alcoholic, and baseball enthusiast living in Boston. Follow her on Twitter at @britnidlc. 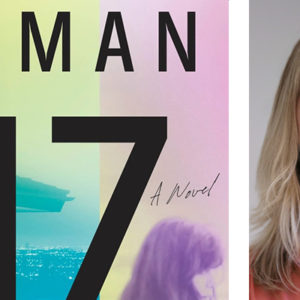 Edan Lepucki comes to the telephone out of breath and laughing. “I’m escaping from my children!” she cries, and I can hear...
© LitHub
Back to top