Also on Lit Hub: On The Maris Review, Anna Merlan talks fake news and conspiracy theories • On Fiction/Non/Fiction, Jonny Diamond on the creation of Lit Hub Radio, and more podcasting pro-tips • Literary Disco‘s summer reading episode • Why France Bizot uses books as the canvas for her art • Françoise Gilot recalls her life with Picasso during the Nazi occupation of Paris • Read an excerpt from Herman Koch’s The Ditch.

On the Syrian Border, 2015, After the Story's "Gone Elsewhere"

Eileen Myles: Chelsea Girls was the documentary I wanted to make. 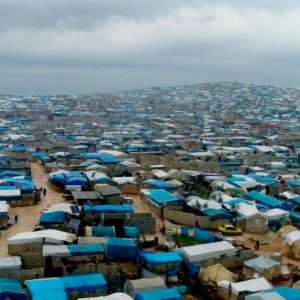 On the Syrian Border, 2015, After the Story's "Gone Elsewhere"

Again the summer, and a fighting season: 2015. In the waning days of that winter, the Syrian Kurdish People’s Protection...
© LitHub
Back to top
Loading Comments...