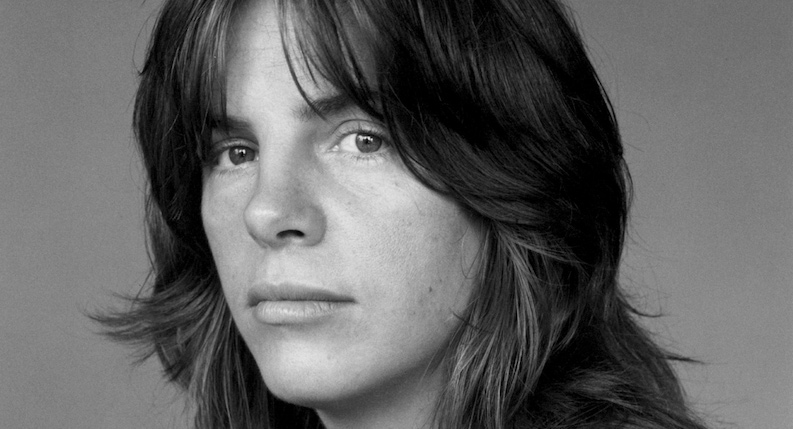 Eileen Myles: Chelsea Girls was the documentary I wanted to make.

Apart from the fact of trying to figure out if Chelsea Girls is a novel or a memoir or a collection of stories (or whether it’s really even a book at all) I think I mainly want to tell you that in the time of the writing of Chelsea Girls—which was long: 1980 to 1993 was the actual time of the composition of the thing—I mainly needed to say what I thought was real. I wanted to cover it. I probably wanted to make a film more than anything else and so did my girlfriend (for much of this time) but how could we make a film. We had so little. People were making films around us in the East Village and we weren’t even seeing them but we were hearing about them and we wanted to make films too. And we tried one night and we thought about it for months and I don’t think I even saw that footage for years but we had no idea what we were shooting since the camera didn’t have that part (to tell when it was shooting or not) but the point was we made the attempt and finally I just wrote about it. The first chapter I wrote here “Bread & Water” was like a substitute film. Because we couldn’t make a film I just had to decide that writing could be a film.

So Chelsea Girls initially and finally is a lot of things it’s not. Little films, videos, performances, accounts of lots of recuperated disasters, long form poetry, myths. Like I look at my secret favorite story here February 13, 1982 and it’s an account of the disaster of the author’s first book party. Everybody who writes knows (and even people who don’t write know this) that a book will change your life. So this is a story about how that didn’t happen. And how it did. I remember thinking that night that being famous was about the stupidest thing there was. To be standing at your party being ogled or ignored, to be trying to figure out like always where to be in the loft and it was your party meant it was the beginning of the end which is myth, right. When I say long form poetry I just mean that when poetry was invented nobody knew what it looked like so why shouldn’t it look like this and sound this way. I don’t think anything about whether something is poetry or prose but people do really like it if you say it’s a novel. I do. For a while if you said a poem was a performance people would say wow. I love your poetry. And the person who wrote this book wanted that of course. As all these dreamy messy evanescent experiences were happening and the person living and writing was crying of course because everything was always going to be gone and how would she ever be real unless she told the story of it. Who was she. It’s definitely the story of a “dyke,” a one syllable word in a less complexly gendered time and I really wanted to tell her truth even before she was that—when she was just a little kid. Life is shocking to me, is and always was, full like a garden of so many selves. I was sitting in a garden in the east village last summer, Le Petite Versailles it was called and it was on the occasion of the memorial for a friend of mine, Leonard Drindell, who among his many things, was a taker of so many pictures and I remember sitting at the memorial thinking that in some ways Leonard’s heyday was the 80s when you would stand around looking at somebody’s photos they just developed and later on they’d put them all over their walls, a collage. Leonard always took the grossest and craziest pictures. I was thinking that Leonard was really an analog man and then I thought (and I took a few notes on my phone) that this is really an analog book. And the writing is the analog for the time. Writing was the only enhancement, the diversity, the imaginary like the only space I could go to then to show how utterly real it all was—I think to be female and strange and to want art so much and be drunk and high and even waking up from it, all of that, and really to have lived.

This first appeared in the 2015 UK edition of Chelsea Girls.