Also on Lit Hub: On the New Books Network, Carolyn Pouncy and Charles Todd talk Victorian sleuths and the toll of WWI • Michael Eric Dyson on faith, blackness, and Jay-Z, on But That’s Another Story • On (and in) the sewers that transformed Paris • The Astrology Book Club • Read a story from Larry Brown’s collected stories, Tiny Love.

Walking Through the House Where Louisa May Alcott Wrote Little Women 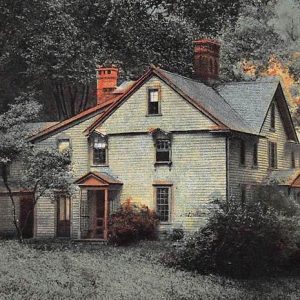 Walking Through the House Where Louisa May Alcott Wrote Little Women

Most girls fancied one of the Little Women growing up. Which one is the reigning feminine litmus test, perhaps not for the kind...
© LitHub
Back to top