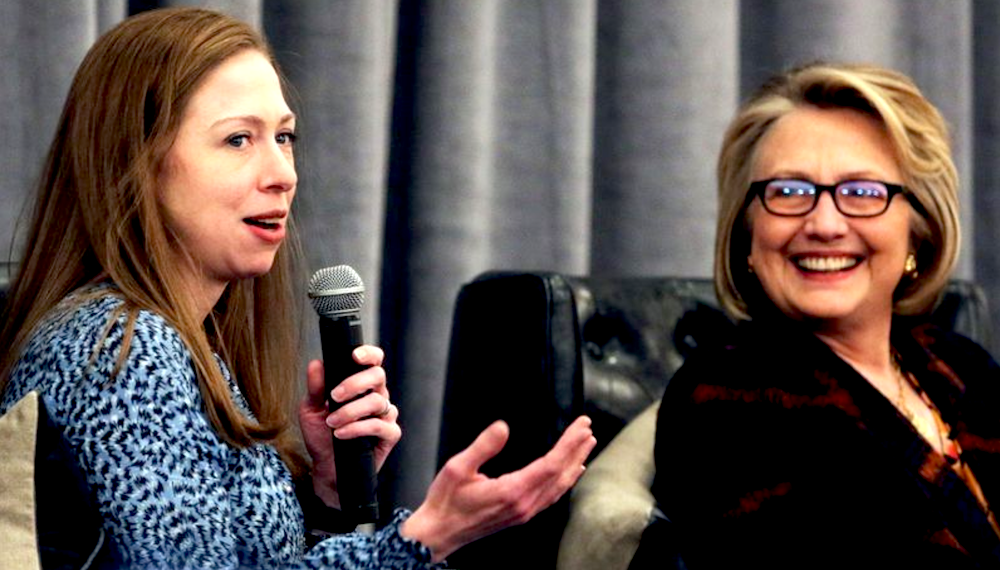 In this episode of Just the Right Book with Roxanne Coady, Hillary and Chelsea Clinton join Roxanne Coady to discuss their new book, The Book of Gutsy Women, out now from Simon & Schuster.

On their definition of what is a gutsy woman:

Hillary Clinton: This book is really a result of a conversation that Chelsea and I have been having ever since she was a little girl. I was always hopeful that I could find women who were inspirational, motivational, had done unprecedented things, and had made a real mark on society. I wanted to share these stories with her because when I was a little girl the only women who I knew worked outside the home were my teachers and the public librarians. … My mother would take me to the library every week and we would check out books about all kind of things, even fictional characters like Nancy Drew.

What is a gutsy woman? For us, it is somebody who is courageous and resilient, who pursues her passion and purpose with a sense of mission not only on behalf of herself but on behalf of others. Someone who reaches back and brings others along, who opens doors, and is constantly trying to figure out how to make a positive difference in the world and is fundamentally optimistic regardless of what has happened to her. We have women here who were really knocked down by life … but they kept finding ways to reach other people and make a difference.

Chelsea Clinton: I think my mom’s gutsiest decision was when she decided to run for president, particularly the second time. It took a lot of guts to stand up to Donald Trump. I’ve talked about this more recently, but the first time I recognized that I had to be gutsy even though it felt easy and hard simultaneously is when my dad ran for President. I was eleven years old when he announced. While I had encountered a fair bit of meanness and bullying in Arkansas, it was nothing compared to when my dad ran for office. I was just so surprised by how many adults, particularly older white men but not exclusively, said awful things of me as a kid. The common refrain I heard … was Rush Limbaugh and Saturday Night Live made jokes about my appearance. … Thankfully, I knew that was crazy … but some days it was just hard.

On taunting Donald Trump at the Washington Nationals game:

Hillary Clinton: How do people know what to believe? How do you fight back when you can’t quite figure out what the odds are. For me, when we say whether we go high or low, under normal circumstances we go high and we try to set an example, but you’re doing it at the same time that millions and millions of pieces of information to tear other people down is being directly delivered to you online. I worry about this a lot. I am appalled about the Facebook decision to permit false advertising. I think it is an abdication of their responsibility, but it leaves us as citizens confused and bewildered. What am I supposed to believe?

During the 2016 election, I was not aware of how many of the false attacks were on me. It was only after the fact and people doing research on what happened, a lot of this came out. It was so powerfully presented and repeated, over and over again, I don’t know what we do when we have information sources like Facebook that won’t help us in this fight. I don’t know how the rest of us can make sense of this. Try to go high as much as you can, but fight as hard as you can to get the truth out there.

Chelsea Clinton: I do think it’s important to separate out how we each feel about what the best and right response is to the President and his enablers and everyone who is complicit in all that he is wrecking and unleashing at this moment, and how we treat one another. One of the painful derivatives of the President and what he has unleashed is the rise of bullying in schools. There are unprecedented levels of bullying being reported at the elementary level, the middle school level, and the high school level. I do think it is important that we help kids feel the confidence to stand up for themselves and to stand up for one another, but also to know when they should ask a trusted adult for help.

Hillary Rodham Clinton is the first woman in U.S. history to become the presidential nominee of a major political party. She served as the 67th Secretary of State after nearly four decades in public service advocating on behalf of children and families as an attorney, First Lady, and US Senator. She is a wife, mother, and grandmother.

Chelsea Clinton is a champion for girls and women through her advocacy, writing, and work at the Clinton Foundation. She is also an adjunct assistant professor at Columbia University’s Mailman School of Public Health. She lives in New York City with her husband, their children, and their dog.

Children who own books more likely to be good readers, reveals obvious study. 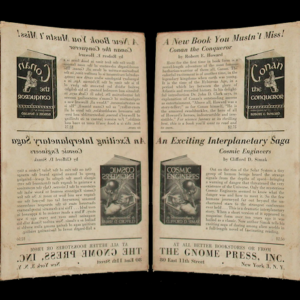 What was the first book you fell in love with? The Center for Fiction’s 2019 First Novel Prize authors weigh in. | Lit Hub ...
© LitHub
Back to top