Also on Lit Hub: Laura van den Berg and Karolina Waclawiak in conversation • On the ground fighting a new American wildfire • Read from Shruti Swamy’s new collection A House Is a Body.

Yearning for My Grandmother Muriel Rukeyser (and Grappling With Her Legacy)

WATCH: Jewel on Battling Anxiety, Living with Dyslexia and Finding Solace in Philosophy 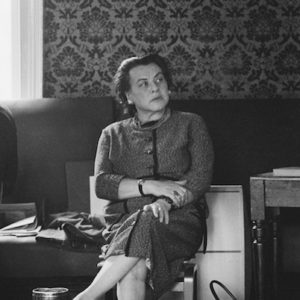 Yearning for My Grandmother Muriel Rukeyser (and Grappling With Her Legacy)

I saw my grandmother on Twitter again today. She died five years before I was born, but pictures of her face and extracts...
© LitHub
Back to top