A House is a Body 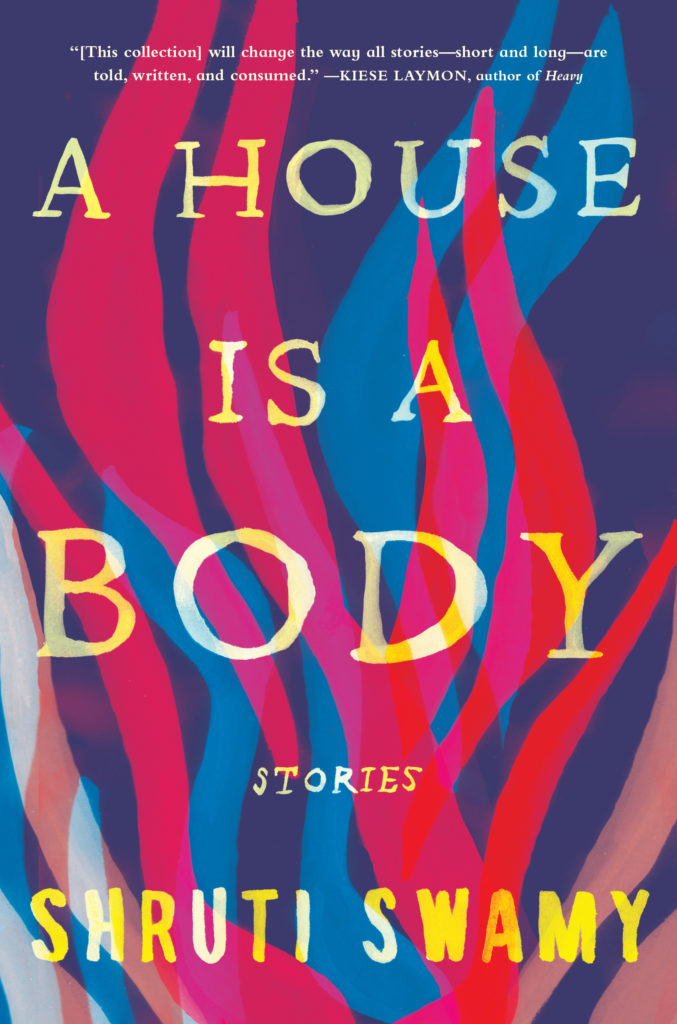 The following is excerpted from Shruti Swamy's story collection, A House is a Body. Swamy's work has appeared in The Paris Review, McSweeney’s, Prairie Schooner, and elsewhere. She was Vassar College's 50th W.K. Rose Fellow, and has been awarded residencies at the Millay Colony for the Arts, Blue Mountain Center, and Hedgebrook. She lives in San Francisco.

You haven’t eaten anything,” Reggie says. They can hear Maya with the baby in the other room; the baby is crying, then being hushed.

“How now, gentle cuz?” Reggie says. She puts her hand on his rough cheek. Her face is sardonic as always, but there is kindness in it. Then Maya comes in with the baby, whose little cheeks are wet with tears. Seeing her father, the baby reaches her small hands out to him. Maya is wearing a sleeveless dress. Her eyes, thickly lidded, normally languid, now are red and tired.

“Will you hold her?” says Maya.

Maya looks at Reggie, who opens her arms.

When she learned Chariya had died, Maya immediately left her small apartment. It was windy in New York; she wore a coat and gloves and a scarf and a hat. Daylight passed. She walked by men and women and looked at them with just her face exposed. But from this small expanse of skin they could read her perfectly. Her mind was stunned, her body hungry, a hunger that frightened her. She slept in her seat with a hand over her mouth while her body flew west: she was dreaming of being fucked. It was Reggie who came to get her at the airport, looking rough in the unfussy clothes of a farmwife, holding Chariya’s baby in a carrier. Standing under the arrivals sign, Maya pressed tears back into her eyes with the heels of her hands.

Maya sits in the bathtub for a long time before she puts on the tap. It was Chariya’s room, her sea-room, where she had taken long baths, and where she had given birth. Blue tiles, blue walls, blue towels, and a flat, gray light coming in through the window. With her foot, she nudges open the tap, which floods heat. She looks at her body, wavering under the water. What use is a body? There is no milk in her breasts.

“Maya.” Mark’s voice. It comes from far away, and she lifts her head above the translucent surface, and closes the tap. Then the house becomes silent. He says again, “Maya.”

“I—I left something in there.”

“My reading glasses. Do you see them?”

Still she can feel him standing, pressed against the closed door. She says, “I found seven white hairs today.”

“At my left temple.”

“Was.” From far away they can hear Reggie with the baby, cooing, the sound an animal makes. The sound of the baby’s laughter. She has been fussy, getting her teeth in. But the last few days she has sensed the change in the house and become quiet.

When she learned Chariya had died, Maya immediately left her small apartment. It was windy in New York; she wore a coat and gloves.

Five or six, dusk gathers quietly outside until the room is filled with it. White moths spread their wings against the windows, but from the inside they are just their shapes: black. When the baby cries, Maya takes her and rocks her against her body. Soon the baby is sleeping. Maya and Reggie begin to talk about Chariya. From the other room Mark listens to the fall of their voices. They are tender as they speak about Chariya.

“People used to think we were twins. But she was older.”

“Couldn’t have been by much.”

“Five? I don’t believe it. I thought Irish twins at least.” Mark thinks of the sisters together. They both stand at the edge of the lake. Chariya is not yet pregnant. One wades in and the other stays on the shore: one dark, the other darker. Then they are each other’s reflection. It is Chariya who floats up, arms and hair spread out, in the green water. She is wearing a blue bathing suit that makes the skin of her inner arms and thighs seem golden. When she wants to, she can look sublime, so happy. From somewhere he can hear Chariya laughing, and his heart leaps up. But then he realizes it is Maya. Maya as she begins to hum a song to the sleeping child, a lullaby that Chariya sang too. A lullaby for his daughter, but he accepts it as his. And sleeps.

The women are in the kitchen in the morning when Mark wakes. Reggie’s hair is wet, and Maya sits very quietly at the table, with the baby again in her arms. The baby examines a small apple that Reggie has given her. She doesn’t yet have the teeth to bite it. She keeps bringing it to her mouth. “Are you hungry?” says Reggie. She gives him a cup of coffee.

“Yes,” he says. Maya has dressed herself in a yellow sweater that was once Chariya’s, and a soft blue skirt. Reggie is in jeans.

“You were sleeping so deeply we thought you were dead,” says Maya.

Mark sits down at the table, facing Maya. Her bottom teeth are crooked. She has never had braces, like her older sister did.

“You’ve got a real wasp problem,” says Reggie. She points to the window.

“The cold will get them.”

“The cold won’t do anything. I’ll call someone.” Reggie is examining his face. He sees himself sitting barefoot   in his shorts in his kitchen with these women, and feels ridiculous.

It is a task for later, for dusk. Reggie makes eggs. They sit at the table to eat. The baby has set down the apple and is pulling unhappily at her ear. She wears an austere white jumper, and with her dark cap of hair looks a like a tiny monk. Mark has seen a child’s skull once, in a medical museum, with all the adult teeth poised under the milk. The skull he saw was older, a four- or five-year-old child. But Mark sees there the skull of his daughter. Quiet bone, and growing, the teeth expanding, creaking like swollen wood as they push outward, slicing the gums. The double grin that lasts in death, while the eyes and nose and ears fall away, become dark holes. He lifts his eyes to Maya, whose chin rests on the baby’s head. As she turns her face to glance out the window, he catches his breath. For a simple, brilliant moment, she is Chariya, the cocoa-brown curve of jaw, her fierce eyes, with their curly lashes. He stays very still and looks at her.

“Stop it,” she says, feeling him, facing him, and starts to cry. “Can you please stop it?”

Will it rain? Rain trembles in the clouds, but the clouds never break. Mark is tired, Maya is tired, Reggie is tired, tireless. She is mending a burst seam of a coat, Chariya’s. Reggie squinting by the lamplight to thread the needle. Why bother?

The house is old and shifts on its haunches, settling. Reggie is not startled by the house’s noises, she lives just down the road in an old house of her own, but has slept here since death came. Not slept, but laid unsleeping in the room between her cousin’s and the baby’s, alert always for the mewling cries of the baby as she, hungry, wakes, and alert for Mark, moaning in his sleep, never words, only snuffles and grunts. She can see in his waking eyes the dazed confusion of a very young child. His cheeks dry and sallow as paper, the same cheeks upon which she had kissed her blessings on his wedding day, and kissed blessings against the soft cheeks of his bride.

Reggie drags the thread through the fabric. She is doing her work by sense not sight, following the fabric’s curve by instinct. What a violence mending does, the needle piercing and piercing. It is a good coat, a fine coat, one that held Chariya’s body for years, even when the belly was swollen with baby and the button could not reach its hole. Finished, she breaks the thread with her teeth and drapes the coat around her own shoulders.

When evening comes Mark ties a scarf around his mouth and takes the poison out. The sky is beautiful, hanging very low down, thick with cloud, and all the trees darken into large shapes in the yard, the apple and lemon trees and the oak. He follows the channel of wasps to its source. Even in the dim light, he can see the nest resting in the space between the roof and the wall of the house. It seems to radiate light, pale as it is, like a moon. Wasps should be killed at dusk, after they have finished their day’s work and they are returning home. But last time he hadn’t been ruthless. The smell of the chemical sickened him. The wasps were soundless, drugged on fumes. They were dizzy and frightened and didn’t try to sting. He felt sorry for them, and had gone back inside.

Now, he watches the last of the wasps fly in. It is fully dark, but his eyes have adjusted. His hands are cold. Before the chemicals coat the nest and dry, a few emerge, flying weirdly, almost drunkenly, then dropping. He sprays and sprays. The rest are trapped in that house of theirs. They die quietly. The bitter smell is all around him, though he tries not to breathe it in.

Mark walks away from the nest and takes a mouthful of evening, gulping it. The air is sweet and cool, and the stars are coming out. It is only five-thirty. Inside, they have turned the lights on. The house looks cheerful. He has never stood outside his house, just like this, in the dark, alone, looking in. It feels pleasant and comfortable to be cold outside, peering in like a robber, or a child looking into a neighbor’s house. He can see Reggie moving around in the kitchen, but not Maya. He removes the scarf, and the cold air enters his lungs. He can feel it in his chest. For a moment he is awake with it, he has finally woken up. He holds his breath. He is so close to it, to feeling joy, the joy of the body. But it is moving away from him. He cannot reach it. The poison in his hand, the dead are dead. The held breath bursts out of him, and is gone.

Excerpted from A House is a Body by Shruti Swamy. Copyright © 2020. Reprinted with permission of the publisher, Algonquin Books. 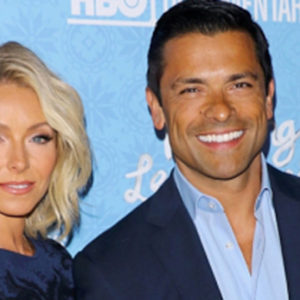