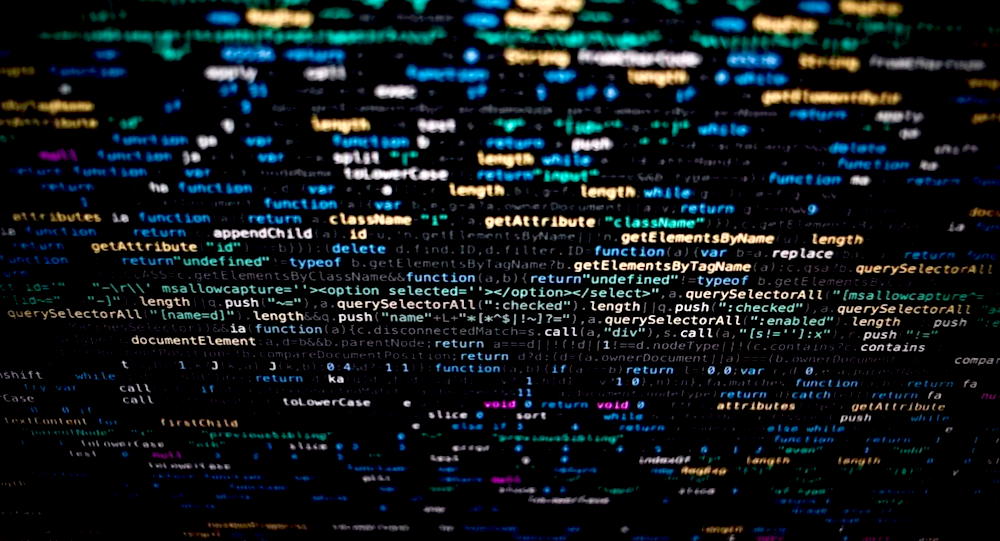 The Internet Has Split Our Sense of Self. Can the Page Reproduce That?

Recently I logged into my first email account, which I had set up when I was ten. My password is imprinted in my mind—there was a seriousness to the affair, like I was giving myself a new name—and I was curious, 15 years later, if I’d still be able to log in. I was nervous as I tried without being quite sure why. It was a dull nervousness that intensified, opened out, tugged as the screen loaded.

Part of me felt opportunistic, like I was hacking into someone else’s account. As I sifted through my sent items, the feeling remained. I did not recognize myself.

My voice varied depending on who was listening. To my grandparents, I was sweet, using words that felt adult at the expense of specificity (“I am healthy thank you”); to my best friend I varied between cloying (“I luv yoo”) and pedantic (“is it necessary for you to spell necessary wrong?”). Sometimes I was savage (“I HATE YOU”, I wrote to my brother). When I wanted something I was saccharine, when I was jealous I asked too many questions. A friend told me that she had been on a sleepover with a mutual friend after bumping into them. “But what about your toothbrush?????” I asked, as if I was about to catch them out.

It can feel embarrassing to be a millennial. (“Is not their use of social media a version of the old-fashioned Christmas card letter?” Lorrie Moore wrote recently.) There is something about the internet coming into existence alongside—or just after—millennials that is unforgivable. Its gimmicks, its uncoolness, for the internet seems corporate and thus uncool, seep into millennial identity.

The internet is, after all, brutal. It shortcuts memory or contemplation. It gets to the point.

I felt that when I started writing. I recoiled at including the internet, just as I did reading my old emails. It seemed clunky and artificial to include. Couldn’t I avoid it somehow? There are canons of literature that did not resort to the internet. (It does not matter that they couldn’t. All that matters is that they didn’t.)

But the novel I was writing—little scratch—was inside the head of a protagonist in her 20s, a present tense, non-stop day in the life. To exclude the internet would be anachronistic. It would be like not letting her drink water.

As I let it in—the emails that arrive at the wrong moments, the Twitter wormhole that takes you from tragedy to a turtle wearing a toupee and back again—I stopped feeling embarrassed. There was something, I realized, it could teach me. The internet is, after all, brutal. It shortcuts memory or contemplation. It gets to the point.

I was writing a book about immediacy. Technology, though designed for convenience is, like experience, so often inconvenient. It interrupts, disrupts, disturbs. It is immediate. I began to be frustrated not at the internet, but at the page. Why could it not be more like online? My screen could contain simultaneity—adverts and visual digressions, tabs and programs I could flick between—so why couldn’t my book?

I felt constrained by the linearity of left to right; of waiting for the reader to get to the end of the paragraph to hear about something that had already happened. It was not fair if the screen could present the immediacy of experience better than the page.

A system came to me—that is how I remember it, like an apparition—of how the page could reflect present-tense immediacy. There were designated areas for where the external world could sit on the page when it interrupted, of how conflicting thoughts, sensory and physical experiences could compete. The system allowed me to challenge the reader to be the protagonist: to experience these simultaneities and contradictions as they arrived—at the same time. The page split into channels and columns and back again. It stretched like an elastic band: extending then shrinking taut, whilst the performative voice brought it together.

Had the internet, so uncool, so gimmicky, taught me something? I’m not sure. Though I have the notepads where I wrote my novel, the process isn’t chronicled. Time writes over that. There is what I remember, and somewhere else unrecorded, what happened. I remember it as a rush—as instinct. I remember the frustration of online like a pressure point. But even when I flick through little scratch, thinking so much of the internet is there, I cannot find it. There are emails, texts, google searches. But it doesn’t stick out. It merges.

Throughout life we veer between selves. There are the selves we present as; those we once were; those we learned not to be. The self is duplicitous. We know this in theory. But technology can provide forensic traces, the kind that memory smooths out. Reading my emails, I didn’t recognize myself. They were voices I cringed from, that I was grateful were no longer heard. Yet somewhere inside of me was her.

How different really is the online psyche, and real world distraction, curiosity, neuroticism?

When I was writing little scratch, I would think of my protagonist in terms of these many selves. There was the self before she was raped, the self during, the self after. But there was also the self when she was a child; a self when she was a teenager; a self when she was hungry or turned on; and within these selves, of course, were other selves. A moment later they might feel unrecognizable. It was important to me that I displayed this multiplicity: particularly as I find characters who have been assaulted often become the embodiment of assault. Everything points towards it. I didn’t want that.

These many selves manifested in her surfacing memories, in the way she spoke to different people. It was in the page that split up and diverted. Technology added to the murmur. It presented a different her. It wasn’t just about receiving a text but waiting for one; it was about where the internet could lead her. It allowed her to speak whilst saying nothing. The day was a crutch for my protagonist—it kept her together. The internet was part of that.

How different really is the online psyche, and real world distraction, curiosity, neuroticism? Being confronted with the unexpected; moving between information; the ability to present as someone else—some of these were my protagonist’s real life survival tactics, others were what she was surviving from. But they are also facts of online experience. The internet is a different way of looking at the same thing. Isn’t that what writers want?

The millennial’s plight, more than anything, is visibility. Before we are sure of ourselves we are visible—and leaving a trail. But social media is also a leveler: everyone is allowed a voice. Looking back, I am sure the internet granted me something. I remember the order of discovery: Email, Piczo, Bebo, MSN, Tumblr, MySpace, Facebook, Twitter. Online, I learned about delivery. I learned what material to use from my life, what to hold back. It gave me a space to play with words before I even realized that was what I was doing. If the price is embarrassment, I’m willing to pay. 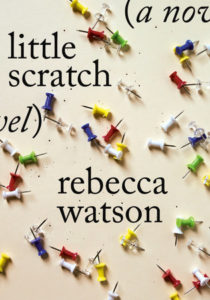 Rebecca Watson writes for publications including the Financial Times, The Times Literary Supplement, and Granta. In 2018 she was short-listed for the White Review Short Story Prize. little scratch is her debut novel. 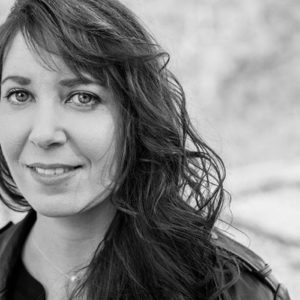 Mesha Maren is the guest. Her debut novel, Sugar Run, is available from Algonquin Books. From the episode: Mesha Maren:...
© LitHub
Back to top
Loading Comments...