TODAY: In 1987, Primo Levi, chemist, writer, and Holocaust survivor, dies. His work, The Periodic Table (1975), was called the the best science book ever written by the Royal Institution of Great Britain.

Also on Lit Hub: 5 must-read titles from this past March you may have missed · Books making news this week: comedies, Christianity, and criticism · From August by Romina Paula, translated by Jennifer Croft.

Mourning My Grandfather through The Velveteen Rabbit 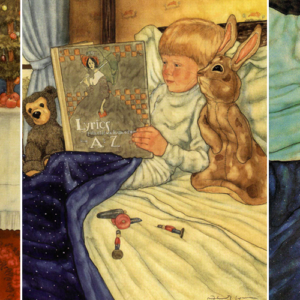 Mourning My Grandfather through The Velveteen Rabbit

My grandmother is a sensible woman with expensive taste. Most of the gifts she’s given me over the years have been jewelry....
© LitHub
Back to top