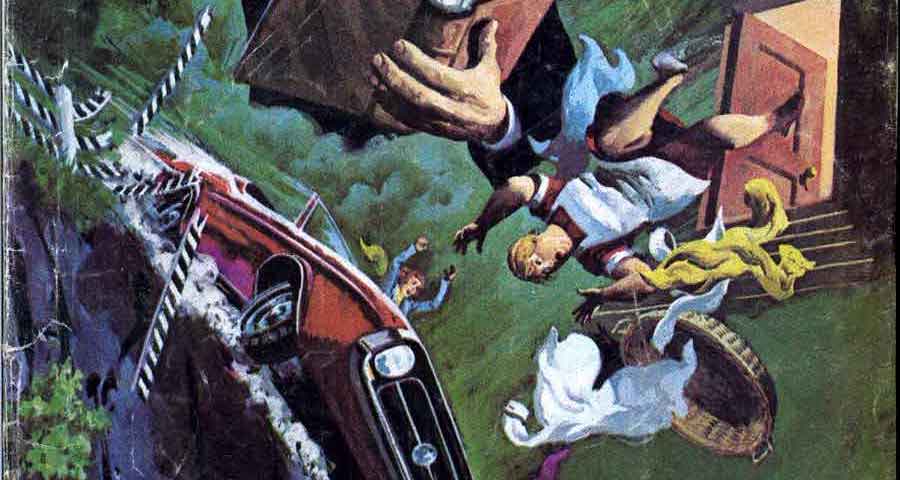 Discovering the Power of Storytelling in a Tattered Old Pulp Paperback

One of the first literary images to blast open a whole new world arrived when I was eight and was reading one of those tattered pulp paperbacks you really don’t see around much anymore, its cover barely graphic, an unostentatious tan book holding some adaptation of stories from the original Twilight Zone.

In the story I read, a murderer enjoys a pause in the parking lot of a gas station and convenience store, America’s architectural contribution to both destroying and creating memory. Seated in his car, either before or after the act, the murderer loves his moment, swishing the last of milky coffee with sugar the way he likes it, enjoying sweetness and wishing to prolong it. And though at eight I’d never seen The Twilight Zone and had only tasted coffee in the form of the hard wrapped candies sometimes to be found in our house, given the caffeine addicts in charge of our institution who stored the substance in any form, something in the image of a killer savoring his sweetened, milky coffee, an ultimately juvenile pleasure, blasted me into some new zone of empathy. I would love to find this story, with its force again lunging into me as I sat in the parking lot of a convenience store last week in a gray New England. And perhaps that original story was also set in a hard-bitten New England barely imaginable to me from Long Island and Berkeley, two sites where my conscious memories began.

You know how life is like one of those long twisty slides which children love: all circuitry and mazes as if to demonstrate the fake news of the notion that the shortest distance between two points is a line. Or imagine life a vertical slinky, with you on an ever-improving cycle—as one of the early exponents of American meliorism liked to have people say each day, in every way, I get better and better. You come to realize the molecules are constituted differently than you thought when you began up the spiral. Once you thought the slinky was composed of x, but really it’s more y, couldn’t you have seen it’s been more y all along, it’s always been made of y, don’t you call y by the name z now anyway?

And while swishing the last of my coffee, having one of those madeleine moments, thinking of the novel I am currently, Durgalike, creating or tearing apart, I saw how directly early life had beelined for exactly this moment.

One of the oddest post-college jobs I had, some two months out of graduation and having moved to Los Angeles with the concept of being a waitress or filmmaker to support the fiction habit (as if) believing I could find ocean, culture, and film and in exactly that order, was when I ended up with a job as a career consultant in a rented office at Sunset and Vine where I was to advise lost adults more than twice my age about their futures. Mutely, like limp fish, to this newly minted “consultant,” adults presented their resumés and I would study them. How did you end up in the hospitality industry, I’d ask. An opportunity presented itself, someone might say, I just followed it, but now I really want to retool, I always wanted to be a farmer, an actor, a diplomat, a software developer, an idea person, a person who contributes.

I took from my brief stint as advisor the idea of intention: you needed to look at the moon of your wishes and navigate even if over choppy waters, much as I saw the adults’ latent capacity for reorienting their boats toward a moon they seemed to have lost, the original wish: all of them wished to return to the concept of calling rather than vocation. They wished, in other words, to make of life a straighter line.

And yet in its forward living, so often life reads as if a novel by one of those masters of divagation, a Lawrence Sternian romp.

Until there arrive those moments which reveal how directly you have proceeded, unbeknownst to yourself. In my case, the adult me swished the last sweetness and finally saw.

If this piece were nonstop and undeviating in the way life is not, you’d think all the foregoing might serve as pre-confession before a murder. But no. I savored the last of that milk in that car parked in a convenience store parking lot, one just as anonymous as any other if it weren’t for certain larger-than-life characters in it whom I have to come to know. And then I returned to the garden shed where I am engaged in gutting and filleting a novel. In that shed I did all I could to heed Faulkner by murdering a few darlings, or to heed Morrison who said she wrote village fiction, the kind she wanted to read, or to heed the child I had forgotten about who had been so struck by a particular kind of empathy and negative capability, the holding of contradictions simultaneously, that she thought a lifetime dedicated to that quest could matter to someone. Just the way the murderer’s sweet milk mattered to me! Or at least that if you could go part of the way toward murdering intolerance and the unimaginable, empathy’s opposites, in that loam something could grow. And then no wonder any of us, readers and writers both, might wish to prolong that sweetness, swishing the last before our next act.

Edie Meidav is the author of novels (FSG​, ​Houghton Mifflin) and KINGDOM OF THE YOUNG​, a collection of short fiction with a nonfiction coda (Sarabande, 2017). She teaches in the MFA program at UMass Amherst​ and is​​ @lolacalifornia​.

Durga Chew-Bose: "Writing Affords Me a Space to Have Contradictions" 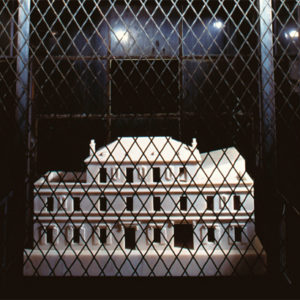 There’s no rhyme or reason to which books get reviewed where each month; it’s a complicated alchemy of early attention,...
© LitHub
Back to top