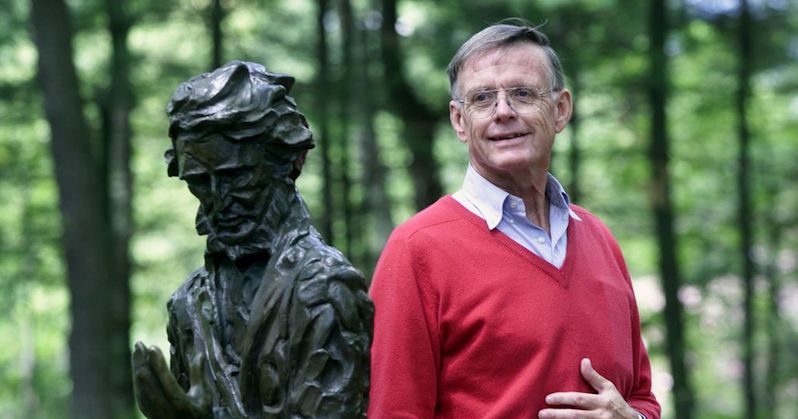 Megan Marshall on the Great Thoreau and Emerson Biographer

How and why does anyone take up the task of writing a biography, with its monumental research requirements and daunting narrative challenges? In my case, the “why” can be traced to my college years and two lucky encounters with eminent biographers, fledgling and master: James Atlas, who visited a poetry class to talk about his book in progress on Delmore Schwartz; and Justin Kaplan, who spoke to a small group of would-be writers over dinner in our dorm one night as he was nearing completion of his magisterial third biography, Walt Whitman: A Life.

Neither writer hid the torment of the years-long effort. Indeed, their monk-like devotion, an attitude of self-sacrifice at the altar of the subject, attracted me. But—how? Within a decade I’d secured a contract for a biography of the Peabody sisters, three women of New England’s Transcendentalist circle, and Kaplan, who had become a friend, introduced me to two new exemplars. Jean Strouse, whose Bancroft Prize-winning biography of Alice James pointed the way for a book like mine, was researching J.P. Morgan at the Morgan Library, which had materials for my project too.

Several lunches with Jean on days when we could bear to break from our work left me inspired, informed, and most of all reassured that there was no way forward but to read every relevant document I could lay my hands on, even as this painstaking labor was taking me months, and then years, past the due date on that contract. The torment had begun.

Then I met Bob Richardson. Bob had written a ground-breaking intellectual biography, Henry Thoreau: A Life of the Mind, and was in the middle of his book on Emerson—a project he expected would take ten years, as had his Thoreau. Bob’s subjects overlapped with mine; they all knew each other, visited, conversed for hours on end, as Bob and I were doing more than a century later. We were having fun.

Bob’s method was to read everything his subjects had read, in the sequence in which they read it, tracing their intellectual development.

From Bob there was never any complaining. Ten years? That’s what it took. In graduate school he’d studied with the influential biographer Walter Jackson Bate (John Keats, Samuel Johnson). Bob dedicated Thoreau to Bate, quoting the master: “in and through the personal rediscovery of the great, we find that we need not be passive victims of what we deterministically call ‘circumstances.’. . .

But by linking ourselves . . . with the great, we can become freer—freer to be ourselves, to be what we most want and value.”

Clearly Bob’s work on Emerson felt liberating. He’d also just ditched his academic job in Colorado and married the writer Annie Dillard. Still, I suspected delight in his work was characteristic of Bob, along with an instinctive generosity he shared with Emerson, benefactor to the Concord circle.

We talked about both method and craft. Bob’s method was to read everything his subjects had read, in the sequence in which they read it, tracing their intellectual development. But his books don’t simply chart the workings of “great” minds, which later included William James.

There is plenty of action and incident in them too. His biography of Emerson begins with the grief-stricken young minister’s pilgrimage to his first wife’s tomb more than a year after her death and his decision to open the coffin and look inside.

But Bob could read the several languages his subjects had mastered, spent decades teaching Transcendentalism before starting in on his prize-winning biographies. For him, reading his way through these lives was possible, and he pressed that plan on me. I still remember Bob’s parting advice after our first meeting—“Schleiermacher!” he called out as I drove off. Friedrich Schleiermacher, German philosopher and biblical scholar, was the key, he believed, to Elizabeth Peabody’s theologically grounded Romanticism.

I never did read Schleiermacher, although I read Bob’s essay, “Schleiermacher and the Transcendentalists.” And I couldn’t follow his program of reading for my three long-lived sisters and expect to finish the book. But I read plenty of books I might otherwise have skipped that brought me closer to their minds and hearts.

Bob had library shelves installed in his home to accommodate the many volumes he’d acquired over decades. Mercifully, most of the books I needed were available in the university library near me, where many of the Transcendentalists or their comrades had donated their personal collections. In those pre-internet days, I was able to track down the obscure works of philosophy and religion, popular novels and advice manuals that registered most deeply with my subjects, check them out and bring them home to read. My biography was immeasurably enriched by following Bob’s lead to the best of my ability.

Bob’s recommendation on craft was simple and often repeated: “Short chapters!” His biographies of Thoreau and Emerson each ran to 100 brief numbered chapters, grouped into sections. William James weighed in at 90. This was Bob’s discipline, his means of pacing himself for the long haul and avoiding information overload. A master of compression and synthesis, he simply would not let himself go on too long about any single event or topic. I couldn’t follow this advice to the letter, either. It would have been imitation. But I quickly learned that the space break was my friend.

For Atlas, Kaplan, Strouse, and Richardson—the biographers I was fortunate to meet early on, only one of them still with us—biography was a calling. Bob once summarized a central tenet of William James’s philosophy: “Attention and belief are the same thing. What you give your attention to is the key to what you believe.” From this quartet I learned the value of attending closely to others, an active and absolute good we can all aim for in daily life as well as in our writing.

During the time I knew him, Bob finished Emerson: The Mind on Fire, receiving the Francis Parkman Prize, and William James: In the Maelstrom of American Modernism, his Bancroft Prize winner. After that came shorter works on Omar Khayyam and W.J. Bate, as well as a guide to writing based on Emerson’s practice, First We Read, Then We Write. Bob cheered me on in the projects I took up after The Peabody Sisters—biographies of Margaret Fuller and Elizabeth Bishop.

When I heard the news of Bob’s death last month at 86, I instantly recalled Emerson’s journal entry after Fuller’s tragic early death by drowning, “I have lost in her my audience.”  Many read this as the statement of a supreme egotist. But I have always heard it differently. Fuller was Emerson’s ideal reader, the one whose opinion mattered, the one he wrote for. Without her, he felt lost. I feel that way about Bob Richardson.

The last email I received from Bob came in late 2019, in answer to a query. I’d remembered a quotation he’d once invoked about the capabilities of historical writing, but couldn’t get it straight or recall the source. Bob’s answer, typically erudite, arrived swiftly: “Michelet’s The People, which Whitman read, in the contemporaneous English translation, says at one point, ‘history is not narrative as Thierry thought, nor analysis as Guizot thought, it’s resurrection.’” More great minds Bob knew and I didn’t. No wonder I’d needed his help once again.

“I think it’s true,” Bob added. “The books that last are the ones that bring the subject to life.” Bob’s biographies do that. His example teaches us how.

This article first appeared in The Biographer’s Craft, the newsletter of the Biographers International Organization.

Megan Marshall is the Pulitzer Prize-winning author of Margaret Fuller: A New American Life, Elizabeth Bishop: A Miracle for Breakfast, and The Peabody Sisters: Three Women Who Ignited American Romanticism. She is the Charles Wesley Emerson College Professor at Emerson College, where she teaches nonfiction writing in the MFA Creative Writing Program, and a past president of the Society of American Historians.

Nicholas Griffin on the Most Dangerous Year in Miami's History 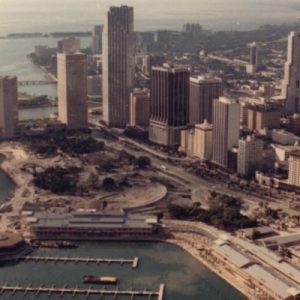 Nicholas Griffin on the Most Dangerous Year in Miami's History

Journalist and award-winning author, Nicholas Griffin, talks with Mitchell Kaplan about the most dangerous year in Miami’s...
© LitHub
Back to top