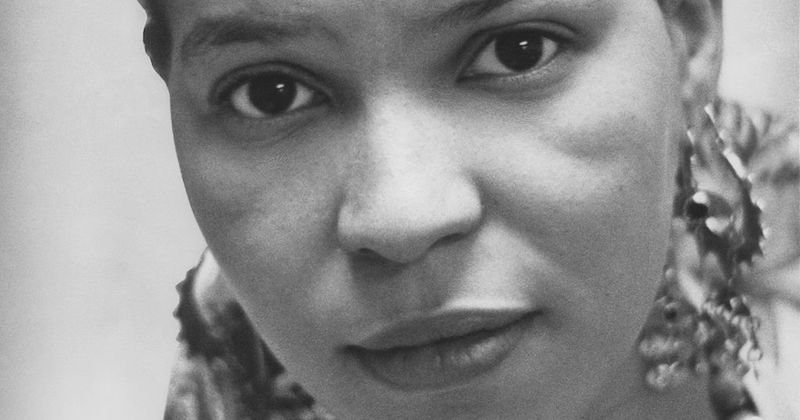 On this day in 1948, the acclaimed poet and playwright Ntozake Shange was born Paulette Williams in New Jersey. Shange earned her BA in American Studies from Barnard College and her MA in American Studies from the University of Southern California. Williams became Ntozake Shange while living in Los Angeles and pursuing her MA. The name (Ntozake: “she who comes into her own things” and Shange: “she who walks like a lion”) is from the Zulu dialect Xhosa.

Most people recognize Shange as the creator of the play For Colored Girls Who Have Considered Suicide/When the Rainbow is Enuf, which opened at the Booth Theatre in 1976 when she was only 27 years old. The groundbreaking choreopoem, which gives a voice to the harrowing experiences of seven women of color, was later nominated for a Tony Award. In 2010, Tyler Perry adapted the play into a feature film.

In her later years, Shange experienced two strokes that left her temporarily unable to read. In 2011, the writer was diagnosed with chronic inflammatory demyelinating polyneuropathy (CIDP), a rare neurological disorder that impairs sensory function in the legs and arms. The symptoms include tingling or numbness, weakness of the arms and legs, loss of deep tendon reflexes, fatigue, and abnormal sensations. In a 2013 interview with the New York Times, she said, “I can’t work on a computer and I can’t write very well, either.” Elaborating on her frustration with the limitations imposed by her condition, she added, “It sort of feels empty, not like I’m swollen with words. I feel like there’s an astringent being applied to my body so that everything is getting very tight and I can’t release it right this minute.”

Yet through determination and steely perseverance, Shange refused to abandon her love of language. In a video for 3 Minute Storyteller, Shange reveals how she came to write her first poem in seven years. The words seemed to come to Shange in an unexpected burst of creativity while walking around her house. “These words started coming to my head and I couldn’t stop them. It was like a rush of language . . . I was so startled, I was so pleased, I didn’t want to lose it,” she says.

Shange considers her options. Dragon, speech recognition software, wouldn’t work because her diction wasn’t clear enough. Then, remembering the advice of her occupational therapist, she decides to write it out by hand. However, she discovers that the words were coming too fast for her hand to keep up and her fingers start to ache. Finally, Shange decides to use her computer. Realizing that she could type again, Shange kept writing and didn’t look back. Her story in his video is striking, precisely because it raises the question: how do you create when your body gives out? Writing for the Studio Museum in Harlem, Chayanne Marcano says, “Shange understood the body as a site of experience and, in turn, alchemized poetry, dance, and music into a language sophisticated enough to convey what it knows and remembers.”

Some of those poems, crafted in 2016, now appear in her 2017 collection Wild Beauty.

To hear Shange’s full story, watch the video below.