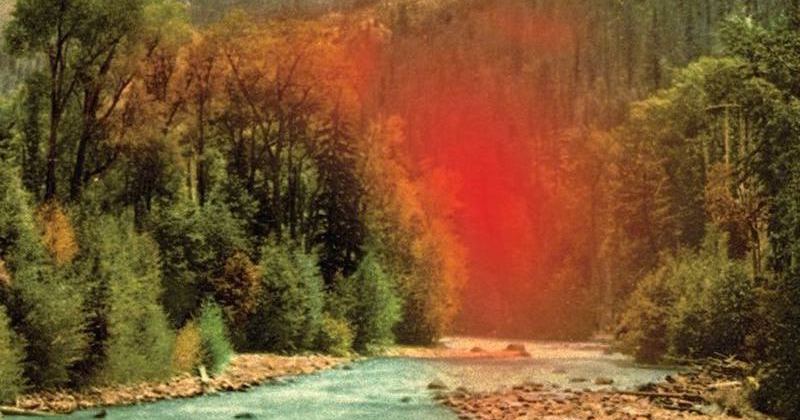 “[A] sweeping, masterly debut novel … Jeffers has deftly crafted a tale of a family whose heritage includes free Blacks, enslaved peoples and Scottish and other white colonialists … Jeffers is an award-winning poet, and she is never doing just one thing with her text … Class and colorism are constant tensions in the novel, and Jeffers expertly renders a world of elite African Americans … The Love Songs of W.E.B. Du Bois is quite simply the best book that I have read in a very, very long time. I will avoid the cliché of calling it ‘a great American novel.’ Maybe the truest thing I could say is that this is an epic tale of adventure that brings to mind characters you never forget … The sign of a great novel is that the author creates a world and when she moves her hands away, the world is still in motion. The idea being that, in the very best novels, every important detail is so lovingly attended to that the novelist’s intention is as invisible and powerful as gravity. The Love Songs of W.E.B. Du Bois is such a world.”

2. The Guide by Peter Heller
(Knopf)

“… if you’re of a darker, more contemplative frame of mind, there’s something cathartic about Peter Heller’s latest novel, The Guide, an ever so subtly dystopian wilderness noir that speculates on the horrors of a post-pandemic society … The enticing mystery keeps the pages turning, but not too quickly. The Guide is too beautifully written to speed through it, the descriptions of nature lush and vivid. Rarely has fishing felt so poetic, tying a lure so much like art … Heller doesn’t much need to use the word ‘COVID’ to evoke the virus’ specter. He peppers the text with unsettlingly subtle references to the pandemic…The dread mounts, but so too does the intrigue—and the sexual tension … Perhaps the ending offers too tidy a resolution. To ask readers after the past year to still believe it’s possible for good to conquer evil is a tall order. But then making a cautionary tale on the widening divide between the haves and have nots in the era of COVID-19 go down so smooth is a tall order too, and Heller accomplishes that nicely.”

3. After the Sun by Jonas Eika
(Riverhead)

Read an excerpt from After the Sun here

“Difficult and mesmerizing, the stories range from formally formidable to downright mind-melting in their creative disregard for convention … It’s Eika’s ability to plunge readers headfirst into discomfort or even disgust and then prod for uncomfortable truths that elevates his brazenly weird fiction from crass pyrotechnics to legitimately rewarding puzzles … Utterly brilliant and occasionally confounding, these strange stories catch like fishhooks into the reader’s nervous system.”

4. The Madness of Crowds by Louise Penny
(Minotaur)

Listen to an interview with Louise Penny here

5. More Than I Love My Life by David Grossman
(Knopf)

“… is at face value about an Israeli family who remain largely untouched by the violence in their homeland—it is a love story, a story about a family and their myriad individual tragedies. But it is also about the way that the personal can never be wholly separated from the political, about the lingering wounds of history, about how violence seeps into all the dark corners of a life. It is, in the end, about Israel. Immaculately translated by Jessica Cohen, this is another extraordinary novel from Grossman, a book as beautiful and sad as anything you’ll read this year.”

“The book asks more questions than it answers, most of which circle back to the idea of a woman’s desires and how those would look if they could be separated from the expectations of a patriarchal culture … In a series of vignettes that cross continents, Levy foregrounds the quotidian—shopping, clothes, incidental conversations—and through it allows the association of ideas to lead her into a dialogue between art and life, mothers and daughters, past and present … The narrator of Real Estate is drily funny, irreverent, curious, even wise; she makes the reader want her for a companion … Each of these books [in Levy’s trilogy] bears several re-readings; together, they offer one version of how a woman might continually rewrite her own story.”

“… Chow’s memoir is a memorial to her mother delivered in a graceful, captivating voice. Like several acts of tribute to the dead in this book about grief and family, immigration and ancestors, it’s accomplished long after the loss that it marks … A certain kind of sorrow lingers because a part of us wants it and wills it to persist, and Chow artfully and intelligently maps which kind of grief this is … Chow exercises such control that her tone manages somehow to be both brooding and affectionately humorous … gives flesh to this theory, the idea that loss of country and loss of loved ones can hook us with similar perpetual sorrow, through storytelling that brings alive both Chow’s mother and father, drawing their characters tenderly but with unflinching honesty.”

Read an excerpt from The Failed Promise here

“… engrossing … presents the battle over Reconstruction primarily from the perspectives of Johnson and Douglass, in the process illuminating what was at stake in the febrile political climate of the postwar period … While the author expertly depicts Douglass—he has written about the great orator before—his portrait of Andrew Johnson stands out. In this book, Johnson is a vexing, divided and, for these reasons, ultimately intriguing person … Mr. Levine is careful not to place the blame for the botched Reconstruction entirely at the 17th president’s feet … Mr. Levine poignantly captures a moment when the future of the United States was up for grabs, when it was possible to imagine the full political participation of blacks and whites across the nation. In so doing, the author suggests the tragic consequences of failure and the way in which those consequences are still very much with us.”

“This is a work of towering ambition, which led Ms. Ngai to scour archives on five continents and to familiarize herself with several national histories to complement her primary expertise in U.S. history. There is good reason that many professional and popular historians opt for more narrowly drawn accounts of discrete events or individuals. But the payoffs of Ms. Ngai’s comparison are notable, among them the challenge to American exceptionalism as well as the illumination of key differences between her case studies … While Ms. Ngai is a lucid and elegant writer, The Chinese Question is not a late-summer beach read. All the same, her audience will appreciate how she gracefully threads revealing episodes and anecdotes into her analysis … Ms. Ngai’s study is a book for our time, reminding us of the increasingly interconnected global economy that—since at least the 16th century—has enriched select peoples, empires and nations at the expense of many others. As important, it offers critical context for what Ms. Ngai describes in her book’s epilogue as The Specter of the Yellow Peril, Redux, marshaled by both major U.S. political parties and shared by a wide swath of the American public that fears, among other things, China’s ownership of American debt as well as its grip on the U.S. import market. Such anxieties, the origins of which Ms. Ngai so skillfully traces to the era of the gold rushes, help to explain the surge in anti-Chinese racism around the world during the Covid-19 pandemic.”

“… stunning … Although Chemerinsky builds his argument case by case, this is not a dusty accounting where first the court did this, then it did that. Aside from the fact that he writes well, Chemerinsky, the dean of the law school at the University of California, Berkeley, is also an experienced advocate, having appeared before the court on many occasions, and also having served as a consultant to those police forces who either by choice or necessity have tried to overhaul their practices. He bolsters his argument with examples from his own experiences, and his telling of the cases always starts with the people involved … Whether the furor unleashed by Black Lives Matter will lead to state and city governments reforming their police departments is yet to be seen, but all lawmakers, in fact all concerned citizens, need to read this book. It is an eloquent and damning indictment not only of horrific police practices, but also of the justices who condoned them and continue to do so.”