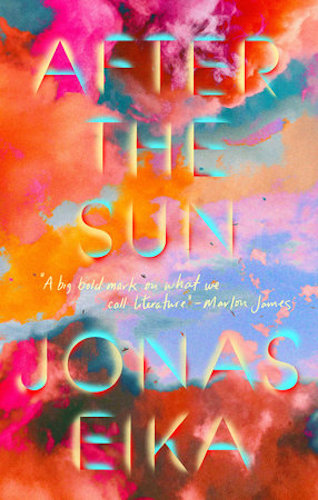 There’s supposed to be 480 beach chairs total, 24 perfect rows of 20, and we’re 4 boys, it’s a demanding job. First, we comb the sand with a broad-toothed rake until it’s Bounty-white again. Seaweed and tubes of lotion, magazines, plastic packaging and bottles mount into piles that we load into the dumpster behind the changing room, at the back of the square bamboo hut. And then Jia sets up the tool we use to restore order after rain: a pole five yards tall with a clear, pyramid-shaped crystal on top that refracts the sunlight in a grid of orange rays. From the crystal’s square bottom they’re projected all across the beach. At the zenith, the grid is perfect: we run up and down our rows, placing a chair at each point. Halfway through, I feel nausea on an empty stomach and acid in my legs, but if the setup takes more than ten minutes, it starts to strike the eye. Just a bit of quivering is fine, the owner says, a weak vibration along the rows, that’s how you introduce time into the grid.

While I’m on all fours trying to catch my breath, someone places a hand on my neck and runs their fingers through my hair. I look up at Manu, who’s broad and dark with the sun behind him.

“Working.” He smiles, holding a fist full of cash down in front of me.

“We could have used your hands down here,” I say. “Oh, c’mon,” he says. “You know I would never touch that old hag. And actually, that’s not what she wants either—”

“She wants a . . . grandchild. A young, little friend she can cultivate and converse with. People her own age are so boring, she says, they don’t have any passions anymore.” He leans over, tightening his grasp on my neck when he moves his lips to my ear. His breath is the same temperature as the air, but drier. He says, “You know you’re the only one I want to touch,” and there’s tenderness and also something aggressive or threatening in his voice. Ever since he started seeing the French lady with the sun hat, something harsh has come over him, a big, stony parasol, forcing its shadow through his face and limbs. He carries himself more with his shoulders than his hips now. He speaks to me and touches me like he’s trying to get closer and farther away from me at the same time. It makes me sad. It turns me on. He pushes my head into the sand and runs away laughing. I jump up and sprint after him, grab him from behind, and we tumble into the sea.

Excerpted from After the Sun by Jonas Eika. Copyright © 2021 by Jonas Eika. Excerpted by permission of Riverhead, an imprint and division of Penguin Random House LLC, New York. All rights reserved. No part of this excerpt may be reproduced or reprinted without permission in writing from the publisher.

Casey Schwartz on Adderall and the Modern Landscape of Attention

Why is Yves Saint Laurent’s “Sardine Dress” So Compelling? 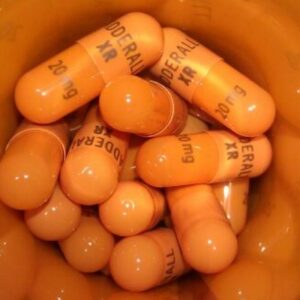 Casey Schwartz on Adderall and the Modern Landscape of Attention Hosted by Andrew Keen, Keen On features conversations with some of the world’s leading thinkers and writers about the economic,...
© LitHub
Back to top