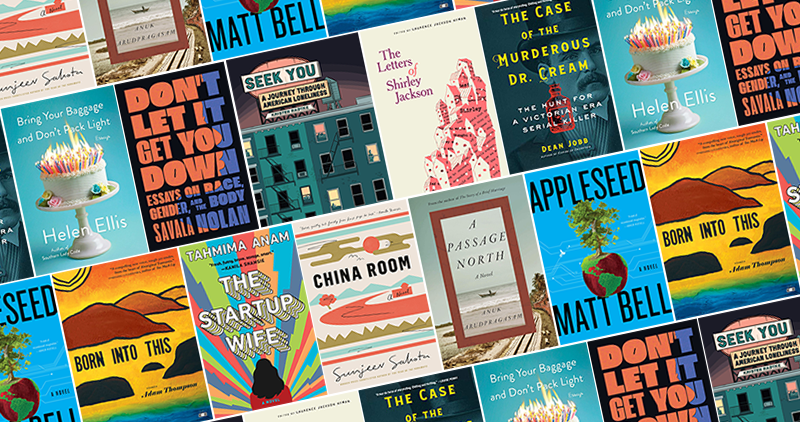 Sunjeev Sahota’s China Room, Matt Bell’s Appleseed, Anuk Arudpragasam’s A Passage North, Kristen Radtke’s Seek You, and The Letters of Shirley Jackson all feature among the Best Reviewed Books of the Week. 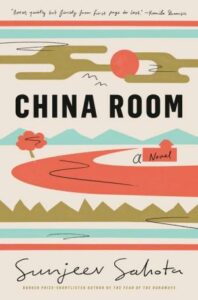 “There is a hint of the Shakespearean bed trick about the plot that unfolds, although it is only lightly sketched, as with much else in the novel … There is a scrupulous subtlety about that way that Sahota refuses to let his historical characters act as though they are in a historical novel … rather than feeling confined by whatever real-life elements informed its creation, [China Room exists in a far more indeterminate, diffuse dimension, at times taking on an almost fairytale quality. In his three novels, Sahota has demonstrated an ambitious need to adapt the specific and concrete to something less easy to pin down, complete with all the gaps and ruptures that life provides and art makes, even for a moment, tangible.” 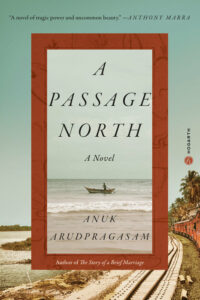 “With his new novel, a revelatory exploration of the aftermath of war, Arudpragasam cements his reputation … The effect of Arudpragasam’s long sentences and page-long paragraphs is one of deep immersion … It calls to mind the work of WG Sebald who, in works such as The Emigrants and On the Natural History of Destruction, examined the long shadows cast by the Holocaust and the second world war. Both authors approach the nightmare terrain of conflict obliquely at times, and through documentary fiction in other instances, demanding that the reader not only acknowledge the horrors that people endured, but reflect more deeply on the ways in which the survivors are left changed … Like Sebald, Arudpragasam’s writing often seems like a refusal to embrace amnesia—a refusal to believe the whitewashed record or to put the war and its aftermath in the past … Arudpragasam reminds us, with this extraordinary and often illuminating novel, that there will always be people forced to remember because they ‘simply couldn’t accept a world without what they’d lost.’”

“For some years, Matt Bell (Scrapper and Cataclysm Baby) has had climate and apocalypse on his mind, and his excellent new novel continues and deepens his investment … Bell wisely resists going overboard with connective and structural conceits, and so prevents Appleseed, with its tripart design of tightly woven threads, from turning into a giant puzzle … Bell is clearly not out in this formally ambitious but still deeply humane work to score points for making nifty formal moves. An appealing earnestness undergirded by deeply felt optimism infuses Appleseed … Appleseed, a highly welcome addition to the growing canon of first-rate contemporary climate fiction, feels timely, prescient and true.”

4. Born Into This by Adam Thompson
(Two Dollar Radio)

“Punchy and uncompromising … may be fictional, but there’s no doubting the emotional truth and grit at the core of these stories. It’s a potent collection by an author who mined the richness of both his ancestry, his work within the Aboriginal community and his island home for tales about black and white relations, colonialism, class friction, racism and the despoilment of heritage and environment … Indigenous culture and politics—all the blurry nuances of categorisation and identity—are explored with forensic delicacy that belies the power behind the hand … Tonally, Born Into This moves with fluid versatility, from righteous anger to sly satire … With its wit, intelligence and restless exploration of the parameters of race and place, Thompson’s debut collection is a welcome addition to the canon of Indigenous Australian writers of the calibre of Tony Birch, Melissa Lucashenko, Tara June Winch and Ellen van Neerven … It serves as a salient reminder that there is no monolithic Aboriginal Australian; the book thrums with a cacophony of voices and experiences. Some of his characters hide their vulnerability and loss amid fronts of machismo, others are more like tinnies bobbing in a raging ocean beyond their control. Like the native trees being razed, they were ‘born into a hostile world and expected to thrive’. This book bears witness to their struggles.”

–Thuy On (The Guardian)

Read Tahmima Anam on the serious business of being funny here

“… funny and sharp … brilliantly incisive … is framed as a satirical novel about startup culture, but because Americans revere that culture, its foibles and failings are our failures, too … While The Startup Wife is full of beautifully messy and enviable characters, Asha’s fierce feminism and candor stand out. Of course, she’s far from innocent. She’s a creative genius who wants her due, just as any man would. But it’s a delight to experience Asha’s first-person perspective of the world and her metamorphosis into a powerful, flawed woman … Because The Startup Wife is sexy and funny and puts relationships at the forefront, it might be easy to overlook its depth and sophistication. But its priorities are right where they should be. When people create a community with their friends and lovers, it is inevitable that boundaries will dissolve and that friendship, love, ego and identity will become intertwined. The Startup Wife’s insights about modern relationships, gender politics, race, technology and culture are as excellent and vital as its storytelling.”

1. Seek You: A Journey Through American Loneliness by Kristen Radtke
(Pantheon)

Listen to an interview with Kristen Radtke here

Read an excerpt from The Letter of Shirley Jackson here

“Her fiction, full of misanthropy, madness and murder, tends to be viewed through the lens of her personal torments and, more generally, of the misogyny of the age. What is striking about Jackson’s letters, however, is that while they testify to pretty outrageous domestic double standards (Hyman was a man unwilling to even heat up a bowl of soup for his lunch), they show very little sign of unhappiness. The mood of the missives is buoyant, garrulous and eager to amuse, and while Jackson often seems stressed and exasperated, she’s rarely despairing. The merry anarchy in the world she evokes has a lot in common with the scenes evoked in her hilarious motherhood memoirs … The labors of domesticity and artistry are fused in these letters in a way that seems to me unique.”

3. The Case of the Murderous Dr. Cream: The Hunt for a Victorian Era Serial Killer by Dean Jobb
(Algonquin)

Read an excerpt from The Case of the Murderous Dr. Cream here

“Jobb paints Cream convincingly as ‘haughty and self-centered, a boorish young man who squandered his money’ … Despite his repugnant subject, Jobb’s excellent storytelling makes the book a pleasure to read. He evokes the ‘plank sidewalks and muddy streets’ of London, Ontario, as skillfully as he does the ‘netherworld of flickering gaslight and sinister fog’ of London, England. Judicious shifts in time period, from Cream’s early murders in the United States to his later spree in London, keep the narrative moving, while carefully chosen digressions into the histories of poison, surgery and law enforcement provide much needed breaks from the doctor. Jobb bolsters his narrative with fascinating supporting characters[.]”

“.. sharply funny essays … Ellis has clearly found her stride—or, in her case, her strut … noticeably unbridled and self-assured … The spirit of Nora Ephron—who wrote about such intimate topics as vaginal deodorants back in 1973 and her sagging neck 30 years later—hovers over this book … Ellis’ prose is filled with so many laugh lines, you might want to go ahead and book the Botox…Some of her best lines catch the tone of Ephron’s bold pronouncements … Ellis is a hoot. She’s also a force.”

5. Don’t Let It Get You Down: Essays on Race, Gender, and the Body by Savala Nolan
(Simon & Schuster)

“The essays in Savala Nolan’s first collection, Don’t Let It Get You Down, unfold out of her complex relationship with being a big-bodied, mixed-race Black woman … Nolan is a law professor at Berkeley who clerked in the Obama administration’s office of White House counsel; but these 12 essays are concerned less with her legal career than with her origin story and personal development … Nolan is writing into a long tradition, and its contemporary renaissance … This embrace of the heterogeneity of Black womanhood is part of this book’s charm. Another part is the author’s voice—vulnerable, but rarely veering into self-indulgence … Don’t Let It Get You Down dances in the spaces between binaries of Black womanhood.”