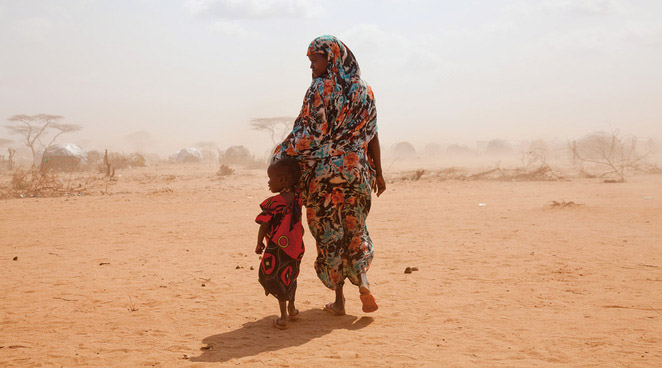 We’re at a betwixt and between moment, still considering 2015 books while looking forward to 2016. The Los Angeles Review of Books publishes reflections on Claudia Rankine’s National Book Critics Circle award-winning Citizen: An American Lyric prepared for the symposium Daniel Worden organized on the anniversary of its publication. Elif Batuman finally decides to read Hanya Yanagihara’s much celebrated A Little Life, and is bemused to find it riveting. The 24 members of the National Book Critics Circle board are immersed in 2015 books, preparing to convene January 16 to choose awards finalists in six categories. (Full disclosure: I’m one of these avid re-readers.) David Gutowski (Largehearted Boy) continues to add to his aggregation of 2015 end-of-year lists (with 1800+ to date). And the new year gallops forward with most anticipated 2016 books (see some lists at The Millions, and Flavorwire). The Pulitzer Prize gears up to celebrate the 100th class of winners, to be announced April 18. Kate Atkinson breaks a Costa Prize record, Elizabeth Strout gathers more praise, Tessa Hadley makes critics euphoric. Plus an inside look at the world’s largest refugee camp, in Kenya, and an award-winning Sudanese-Scottish writer’s cosmopolitan new novel that spans 200 years of Islamic culture.

Kate Atkinson, A God in Ruins

Kate Atkinson wins the Costa Award for A God in Ruins. Judges called the novel “utterly magnificent and in a class of its own. A genius book.” This is her second novel in three years to win (Life After Life took the prize in 2013), and, with her first novel, Behind the Scenes at the Museum in 1995, a record-setting third Costa win. Here’s how the book was received when published in the U.S in May.

Tom Perrotta (New York Times Book Review) calls A God in Ruins “a sprawling, unapologetically ambitious saga that tells the story of postwar Britain through the microcosm of a single family, and you remember what a big, old-school novel can do. Atkinson’s book covers almost a century, tracks four generations, and is almost inexhaustibly rich in scenes and characters and incidents. It deploys the whole realist bag of tricks, and none of it feels fake or embarrassing. In fact, it’s a masterly and frequently exhilarating performance by a novelist who seems utterly undaunted by the imposing challenges she’s set for herself.”

“A God In Ruins lacks Life After Life‘s mysterious central gimmick,” notes Tasha Robinson (NPR). “It has one of its own, but it’s a disappointingly familiar literary trope that feels like an afterthought when it emerges abruptly in the last three pages.” Instead, she continues,

…the book’s strengths come from a scale that dwarfs even Life After Life‘s seemingly infinite possibilities.

Both novels spread across generations, tracking the changes decades bring to societies and individuals. Both delve deeply into the experience of war, the pain of the aftermath, and the way history casually swallows so many deeply personal details.

Where Life After Life focuses on the flow, its companion volume is more staccato. In its wandering, A God in Ruins expresses the ways lives can be seen close up, in seemingly unconnected individual moments, or from a distance, as a series of through-lines. Each viewpoint loses crucial information. But each one is equally useful in exposing the Todd family’s concealed inner workings.

“The novel has profound compassion for the English soldiers, “birds thrown against a wall, in the hope that eventually, if there were enough birds, they would break that wall,” writes Katy Waldman (Slate). “If A God in Ruins suffers from a touch too much tidiness,” she concludes, “if it overcalculates the glories of a sensitive ‘artistic soul,’ those flaws pale next to Atkinson’s wit, humanity, and wisdom.”

The Pulitzer Prize winner (for Olive Kitteridge) garners a string of glowing reviews for the second week.

Claire Messud gives Strout the New York Times Book Review’s first rave of 2016 in a cover review: “There is not a scintilla of sentimentality in this exquisite novel. Instead, in its careful words and vibrating silences, My Name Is Lucy Barton offers us a rare wealth of emotion, from darkest suffering to — ‘I was so happy. Oh, I was happy’ — simple joy.”

Laura Collins-Hughes (Boston Globe) also senses joy in “this minutely sensitive book, which prefers complexity to condemnation: So you will find no unadulterated villains here, only deeply fallible human beings — each of them with a shot at some kind of redemption, and maybe even joy.”

“My Name Is Lucy Barton — like all of Strout’s fiction — is more complex than it first appears, and all the more emotionally persuasive for it,” concludes Heller McAlpin (San Francisco Chronicle).

Strout’s new novel “is smart and cagey in every way,” writes Lily King (Washington Post). “It is both a book of withholdings and a book of great openness and wisdom. It starts with the clean, solid structure and narrative distance of a fairy tale yet becomes more intimate and improvisational, coming close at times to the rawness of autofiction by writers such as Karl Ove Knausgaard and Rachel Cusk. Strout is playing with form here, with ways to get at a story, yet nothing is tentative or phazard. She is in supreme and magnificent command of this novel at all times.”

His influence is present here in her combination of candor and indirection and in the economy and simplicity of the language that conveys a sense of childlike vulnerability.

Reading My Name Is Lucy Barton, I was frequently put in mind of Hemingway’s famous injunction to write ‘the truest sentence that you know.’ ‘Once in a while,’ Lucy says, ‘I see a child crying with the deepest of desperation, and I think it is one of the truest sounds a child can make.’ The sound of that cry reverberates through this powerfully distilled novel.

Tessa Hadley, The Past

The author of beloved New Yorker stories and novels Clever Girl and The London Train returns with a sixth that hits the right chord.

Heller McAlpin (NPR) calls The Past “unabashedly Chekhovian,” and adds that it “also channels those delicious English country house dramas in which characters thrown together under one roof unpack some of the psychological baggage they tote everywhere, airing out old resentments, disappointments, secrets and affinities.”

Ron Charles (Washington Post) recommends The Past for those who cherish Anne Tyler and Alice Munro, then grows euphoric: “So what exactly generates the magnetism of this extraordinary novel? For one thing, Hadley carves her sentences from some rare earth element that’s both dense and buoyant. And unlike America’s great, showy stylists, she wears her wit like an expensive perfume — suggestive but never identifiable. Spending time with these siblings comes remarkably close to the pleasure of three weeks in the country.”

Rawlence, a former Human Rights Watch staffer, has spent eight years in Dadaab, the world’s largest refugee camp, established 25 years ago in northern Kenya on the border with Somalia, and home to a half million people. His is a powerfully moving insider’s view.

Jill Leovy (Los Angeles Times) praises Rawlence for “hard, lonely work in a desolate place.” City of Thorns, she writes, “chooses the most difficult of subjects — a refugee camp already notorious for being the world’s largest and singled out for periodic saturation media coverage and celebrity visits by the likes of Angelina Jolie. Besides explaining the camp, Rawlence must pierce intellectual complacency toward what might seem wearily familiar fare.That he succeeds is tribute to his commitment to reporting from the ground up. He keeps his lens narrow, basing his account almost entirely on observed detail and intimate discussions with residents.”

Nancy Rommelman (Newsday) calls City of Thorns an “exceptional first book,” and also credits Rawlence with realizing “the reality of Dadaab is incomprehensible to those who have not seen it. Set up as a temporary camp in 1992 to hold 90,000 refugees fleeing the civil war in Somalia, Dadaab has become an intractable mess, a place where humanitarianism never outpaces misery, not with ‘Kenyan security forces, underwritten by U.S. and British money, weapons and training . . . rounding up refugees, raping and extorting them.’ If Rawlence cannot sway the NSC, he is more than able to move the reader.”

“Famine. Corruption. Longing. Prayer. All are made almost tangible,” writes Cara Anna (Associated Press) “The book also strips back the bureaucratic sheen of aid organizations and governments, showing how sugar prices jump, plastic-sheet houses appear, and spirits soar or fade with decisions made far away. “

Leila Aboulela, The Kindness of Enemies

The New York Times has called Aboulela, who won the first Caine prize in 2000 and has been long listed for the Orange prize, “a voice for multiculturalism. ” Born in Cairo, raised in Khartoum, she now lives in Aberdeen. Her fourth novel was inspired by Imam Shamil, a nineteenth-century rebel who united the Muslims of the Caucusus to fight tsarist Russia in the 1830s. The novel traces his legendary sword as it is passed down through generations to contemporary Scotland, where a Muslim historian of his life discovers his descendant in her class. Here are reactions from critics from the U.K. to L.A. to Zimbabwe.

“Contemporary rural Scotland in the grip of a cold winter, childhood memories of Sudan and maneuvers in the wild Caucasus mountains during the Crimean War may seem unlikely settings to be drawn together in a cohesive, fictional narrative, yet Leila Aboulela does so with gentle self-evidence and clarity,” writes Rebecca K. Morrison, who reviewed the book for The Independent when it was published in the U.K. in August.

“Shamil’s Jihad is portrayed as a cosmopolitan project,” writes Ainehi Edoro (Brittlepaper) of The Kindness of Enemies. Edoro credits Aboulela, “in the company of Yvonne Vera, Ben Okri, Helon Habila and others, that helped reintroduce the world to the new, evolving, and exciting world of contemporary African fiction. With this novel—beautifully written, entertaining, but also timely—she reprises her acclaimed success at pushing the boundaries of contemporary forms of African storytelling.”

Aboulela’s new novel, notes Rebecca Carroll (Los Angeles Times) “is written from and about a historian’s perspective. It’s about the wish and murmur of lives lived centuries ago — what they tell us and how we exalt them, long for them, look to them to make our existence sufferable and better still, interesting. There is a tremendous amount going on in The Kindness of Enemies — but it does not crowd the reader. Rather, it hums in hushed and meditative tones through prisoners of war in historic and contemporary fantasy rooted in reality.” 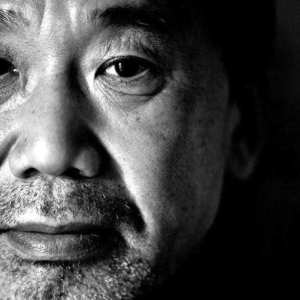 Sunil Yapa on how to live cheaply and finish a novel. | Literary Hub On David Bowie, alien and actor. | Literary...
© LitHub
Back to top
Loading Comments...