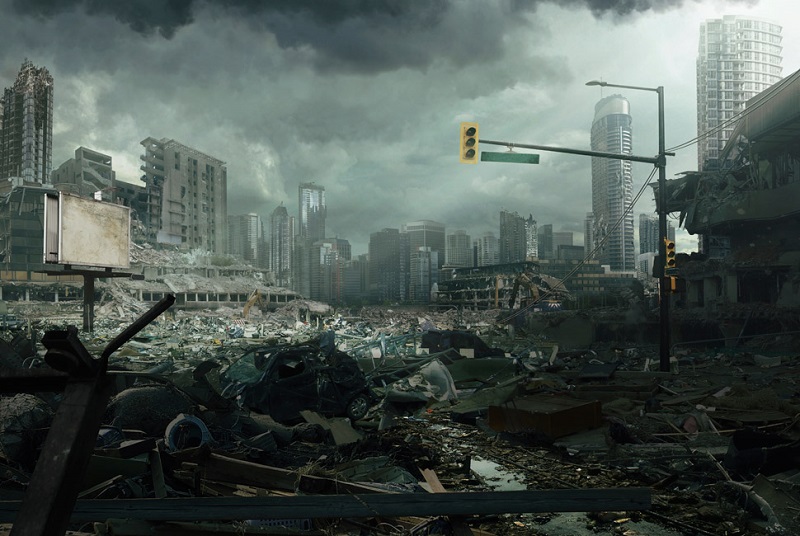 Andrew Keen on the Urgency of the Current Moment

Perhaps Jorge Luis Borges wasn’t entirely joking in imagining the universe as an infinite collection of texts, a “Library of Babel” where every conceivable book has already been written. If so, then we all might be a little like Segundo Villanueva, the Peruvian carpenter whose Borgesian fantasy Graciela Mochkofksy tells in her new book Prophet of the Andes: An Unlikely Journey to the Promised Land.

Mochkofsky came on Keen On last week to remind me of this true story. Segundo Villanueva, she explained, was born in 1927 in a remote Andean village. Left with a Bible as a teenager after his father was murdered, Villanueva somehow pieced together much of the Jewish faith from a single text. This simple Peruvian bible, then, was the alchemic pass that enabled Villanueva to enter the Library of Babel. It gave him access to every conceivable book that had already been written.

The writing, then, is not just on the wall. It’s all around us. An infinite puzzle. Waiting to be remembered. Wanting to be reassembled and told.

As host of Keen On, I sometimes feel like a librarian in Borges’ Library of Babel. Many of the authors on my show seem to be telling the same story. Like Segundo Villanueva, I try to piece these stories—some already put into words, some imagined, some unwritten—together. My impossible job in this inconceivable library is to distill an infinite collection of texts into a single story.

In 2022, there is a single story. Or, at least, a story in two parts. The first part of this story is how we humans are living on a rapidly deteriorating planet with a radically shrinking collection of other species. And the second part of this story is how we can and must reverse the first chapter. It’s an existential story about technology, economics, politics and biology; above all, it’s a human story: the story of our future as a species.

We humans are living on a rapidly deteriorating planet with a radically shrinking collection of other species.

Sometimes an alchemic book and an author come along that bring this story into a singular focus. Last week, the Canadian writer Justin Gregg came on Keen On to talk about his new book If Nietzsche Were a Narwhal: What Animal Intelligence Reveals About Human Stupidity.

Apart from its brilliant title (which is so original that it may not even have been indexed yet in the Library of Babel), I’m not exactly sure if there’s anything particularly new about Gregg’s book. We humans are pretty dumb, he says, and have much wisdom to learn from other species. No, not exactly Nietzschean (or Narwhalian) wisdom. This is a message that many recent Keen On guests have been making—from Sy Montgomery on the wisdom of owls, to Jackie Higgins on the sensory intelligence of other creatures, to Ed Yong on animal empathy, to Carl Safina on humility.

Where my Keen On conversation with Gregg got interesting was in the second part of today’s universal story: how we must reverse our destruction of the planet with its many other species of life. This is again a conversation I’ve been having recently on Keen On with many many leading environmentalists including George Monbiot, Erin Brockovich, and Kerri Arsenault and Bathsheba Demuth.

Gregg acknowledged that we can’t just outsource wisdom from other species if we and our planet are to survive. We can learn to be less stupid, he explained, by revisiting other versions of ourselves. To go back, perhaps, to men like Segundo Villanueva, the prophet of the Andes. To put this into Nietzschean and Borgesian language, think of it as our eternal return to the Library of Babel.

And this is the other piece of the universal story—our need to revisit our Indigenous ancestors so that we can learn to live more wisely. Rather than just listing our crimes against Indigenous peoples (which Keen On has covered in shameful detail—here, here and here), this requires the same focus on the wisdom of antiquity which we’ve traditionally fostered on the Greeks and Romans.

So, for example, as David Stasavage, the historian of democracy reminded us on Keen On, it’s about remembering that the Indigenous people of North America both imagined and practiced democracy long before Locke, Madison or Jefferson.

Reminding ourselves of the wisdom of these ancients is particularly essential given the other existential threat on the horizon—our invention of smart machines that supposedly replicate us. This has been another perennial subject—the threat and promise of AI. This is the most existential of all Keen On conversations; after all, once we replicate ourselves, what or who will distinguish the replicators from the replicated?

These are the existential stories still waiting to be (re)told. The writing, our writing, is on the wall then. And If you want to hear these stories, please subscribe to Keen On. The show is your (free) ticket to the Library of Babel. 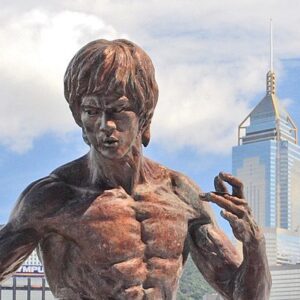 In the climactic scene of Bruce Lee’s final film, the 1973 martial arts movie Enter the Dragon, Lee pursues the archvillain...
© LitHub
Back to top