Two things have been occupying my mind of late: running, and poetic meter. They can both, more or less, be summarized as “counting feet.” I’ve been spending long days in Berlin’s Staats-Bibliothek with volumes of verse, trying to understand poetic feet, the basic units of English poetry. This entails silently listening to the internal thump-thump-thump of 18th-century poems, sometimes quietly tapping my finger on the desk to better feel their rhythms.

Partly as a consequence of how I’m spending these daylight hours, my evenings, and sometimes my early mornings, are spent outside, putting my body to use. I live near Tempelhofer Feld, the abandoned airfield in the middle of the city that now serves Berlin’s many enthusiastic runners, cyclists, rollerbladers, and dog-walkers. Under gray-blue skies I run in wide circles around the runway, clouds of chilled breath trailing behind me. In the library and on the airfield, I thus come to think about feet.

Anyone who runs a fair bit will tell you that it’s not a bad activity for those “eureka” moments, when some idea that you’re barely conscious of worms its way to the surface of the mind and bursts forth as sudden wisdom; the image I have is of popcorn in a hot pan, resettling itself as each kernel tinily explodes. Running’s also pretty good for working through the problems in a piece of writing, and it helps me think about the poems.

Poems, for their own part, rarely focus on running, but walking has always been a part of poetizing. Henry David Thoreau, himself a keen walker, was interested in William Wordsworth’s habit of composing poems on foot: “When a traveler asked Wordsworth’s servant to show him her master’s study, she answered, ‘Here is his library, but his study is out of doors.’” Meter is inherent to running as well as walking, so it has never surprised me that, when I’m out running, my thoughts turn back to poems.

But more recently, I have also taken to carrying the thoughts of running with me into the library, further blurring the line between my two daily activities. Running has become more of a research activity for me than ever. Where I used to burst out my front door on a weekday evening and run hard until I was wheezy—certainly an inefficient way to convey the body—I have found myself more and more interested in theories of running, and that theoretical interest is shaping my practice. In the library, my little computer screen glows with my notes on meter, but I also keep open a web browser filled with resources relating to running—websites, forums, pace calculators, workout schedules. I have become interested in calculating my pace (indeed, I bought a watch to do this for me), and I think more about what my arms are doing, where my feet land (how far ahead of my body? And on which part of my foot—heel-strike or mid-sole?). I also think about that most poetic of words: cadence.

Cadence, in running terms, is how many times per minute your feet hit the ground. Because it is better to move smoothly between steps, with minimal vertical movement, it is therefore desirable to have a higher cadence, minimizing the “flight” between each footfall. Olympic athletes and marathon champions will maintain a rate of around 180 steps per minute, and sometimes higher—200-plus is not unheard of. I find it pretty hard to move myself anywhere near that fast, and it’s certainly a conscious effort whenever I’m getting closer to the high numbers. “Fast feet,” I think to myself, and try to keep breathing. To keep up this kind of effort, a strong strength of rhythm is needed. The best advice is a two-two breathing pattern—when you breath in for two steps, and breath out for the next two. In, in, out, out, in, in, out out, fast feet, fast feet. This is the basic rhythm that keeps the popcorn-thoughts popping.

“Cadence” itself is a medieval word derived from the Italian cadenza, meaning “rhythm” or “metrical beat.” That in turn is from the Latin word cadere, “to fall.” It refers to the falling of poetic feet, and the rhythms that are formed when those footfalls become regular. Indeed, the history of English poetry is, in a certain sense, a history of footfalls. The “foot” is the standard measure of stresses in English language poetry, taken from the Ancient Greek tradition (in which it is the length of syllables, and not their stresses, that make up “feet”). (“And did those feet in ancient times . . . ?”)

We all know the sound of the iamb (dah-DUM dah-DUM dah-DUM), but its opposite, the trochee (DUM-dah) comes from the Greek trokhaios pous, or “running foot.” Trochees, known as “falling feet,” can move forwards with an urgent pace (“Tyger! Tyger! burning bright / In the forests of the night”). It is no accident that great poets—at least, poets in the verse traditions of English poetry—so frequently talk about their feet. (I love the lines in Wordsworth’s Ruined Cottage, later included in the long poem The Excursion, where the narrator’s “languid feet” are “baffled” by the slippery ground.)

The strange analogy between running feet and poetic rhythm goes deeper than the mere units that we try to find in poems. The English word “foot” can be traced back to the Latin words pes and ped, and the corresponding Greek words pous and pod (think “podiatry”). Slugs and snails have the taxonomic label of gastropods, “stomach-feet,” because of their strange physiological arrangements.

Feet measure out poetry, but a foot is also a standardized imperial measure of length. “Foot,” on its own, has historically been used as a shorthand for “fleet-footed,” and “the foot” is a term sometimes used to describe the velocity of racing horses (horses themselves, though, are measured in hands). But “foot,” as the part of the body closest to the ground, has another meaning, denoting that a thing is “low-lying” or “lowly.” The Latin word pedester carries this significance, and our modern derivation, “prosaic,” refers especially to low or uninteresting writing. This is why we use the word “pedestrian” to mean both one who walks by foot, and prose that fails to excite us. “Foot” is thus a subtle auto-antonym—a word that differs from itself—as it means at once fleet-footed and slow-paced, as well as a unit of poetry and a slab of bad prose.

So here I sit, counting feet. But the embarrassing thing when writing about running is that there is probably already far too much writing about running. This proliferation of words might have something to do with the intensity of running as an activity, one that we tend to do on our own, and which yet acts as an experiential peak in ours days, like a sudden spike in heart rate. (It also, surely, relates to the fact that many writers are also habitual and obsessive runners.) The part of running that feels so quietly profound is also that part that makes us all think our own running is something worth writing about. I am trying to be wary of this fact. And yet, the regulating rhythm of running ticks like a metronome, and carries over into my desk-time in a way that I feel compelled to put into words.

This is also my experience of verse poetry, and why I want to write about rhythm. From the first words of a poem, we feel its pulse —I wan-dered lone-ly as a cloud—and that pulse stays with us, regulating our reading of the words that follow, but also extending its pattern to our thoughts, and our bodies (my gently tapping finger). It takes time to read a poem; likewise, we have to clear time in our days to run. Both represent conscious efforts to locate a rhythm which is, to some extent, always detectible beneath the surface of things, though it’s not always noticed. It is there in the link between poetic inspiration and athletic aspiration—words that are rooted in the rhythmic pattern of breathing in and breathing out. Running is not itself a kind of poetry, as much as it might be tempting to say something of the kind. But both running and poetry are ways of feeling, inside ourselves, that steady beat of being human—the marker that, yes, we are alive, and living, and carrying ourselves forward on ever-moving feet.

Chris Townsend is a freelance essay writer, currently living in Berlin. He holds a PhD in English Literature from the University of Cambridge, and his academic interests lie in British Romantic poetry. He is online editor for King’s Review magazine. You can find him on Twitter @marmeladrome. 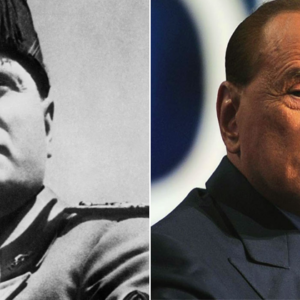 A recent television program dealt with how Italian children and young adults were educated under the Fascist regime of the 1920s...
© LitHub
Back to top
Loading Comments...