This year marks the 40th anniversary of James Alan McPherson becoming the first black man to win the Pulitzer Prize in Fiction, a monumental achievement, not just personally, but for the culture. Jim’s achievements gave new hope to marginalized people and were tangible evidence of new possibilities.

I am among the last to have studied with James Alan McPherson. When this comes up in conversation, those who are curious usually ask some variation of one of two questions: “What was he like?” or more specifically, “What did he teach you?”

These questions are broad and difficult to answer. Though Jim was my first workshop instructor at the Iowa Writers’ Workshop, and was an invaluable mentor, the most meaningful moments we shared happened outside the classroom. And most of the things gleaned from those times pertain to the life of a writer more than the craft of writing itself.

A few days after Jim passed away, his daughter Rachel got a group of us together to watch a video of Jim being interviewed as a young man visiting the South Carolina Writers’ Workshop. Jim’s answers were razor-sharp the entire interview. But there was one moment that stuck out, when someone from the audience asked about teaching writing and Jim responded, “You can’t teach so much as give people access to each other.” Jim epitomized this sentiment. He gave to me, and countless other students, full access to his home, books, humor, wisdom, network of friends and family, and sometimes even his wine.

Before I became his student, Jim was already my favorite writer. As an undergraduate (and in a truly infantile state as a writer) I was very much concerned with what a black male writer was “supposed” to be writing about, or maybe what others expected me to be writing about. Consequently, there were times I felt restricted by my concerns—and then a professor introduced me to Elbow Room (the story collection that won the Pulitzer). He too had been a student of Jim’s.

“I studied with one of the smartest black writers living,” I remember my professor saying to me, the first time he brought up Elbow Room and told me to get a copy from the library. I was suspicious of the claim, but began reading in earnest. The first story, “Why I Like Country Music,” is about a shy black man from the South who defends his affinity for country music to his Northern-born wife, giving reasons like, “I like banjo because sometimes I hear ancestors in the strumming. I like the fiddlelike refrain in “Dixie” for the very same reason.” It’s a story as much about personal triumph as it is about country music, and the affections born of the mingling of music and memory.

Jim and I encountered each other at pivotal moments in our lives; Jim’s teaching career was winding down and I was just beginning my career as a writer.

As I read more of the Elbow Room, I felt the mental shackles beginning to break and things started to shift. I was so desperately in need of permission to be myself on the page without concern for writing inside or outside the things that make-up what’s considered typically “black.”

Jim’s concerns were global in scope, while remaining connected to an individual’s humanity and truth. In carving out and illustrating the idiosyncrasies of his characters, Jim’s use of floating narration gives full and unflinching consideration to the good, the bad, and the ugly that exists in us all, making the panoramic concern that much more compelling. Though race is not his focal concern, Jim acknowledges who his characters are, and doesn’t shy away from the power and pitfalls of their socio-economic status.

At the core of most of the stories in Elbow Room is an examination of human nature and power dynamics. Jim’s more concerned with what lies beneath the skin of his characters, their internal codes, their feelings of powerlessness and moments of self-empowerment. Jim also delves deep into people’s endless capacity to harm and exploit one another, and the societal factors that create and perpetuate these circumstances. The characters in the collection are people from all walks of life, upper-class whites and blacks, black bigots and white racists, black and white liars, pre-judged and judgmental people, interracial couples facing society, and lonely observers. But Jim transcends the physical attributes of his characters and rises to matters of morality and the soul: he lays his characters bare; they are simply human, for better or worse.

Jim and I encountered each other at pivotal moments in our lives; Jim’s teaching career was winding down and I was just beginning my career as a writer. If there’s a moment I can share to give a better feel for Jim’s essence beyond the page, it’d be this:

One day I came into Jim’s office, my blood boiling, after dealing with some racist nonsense from a colleague. I was probably ranting, and I remember Jim laughing, “You one of them Irreverent Negroes, you’ll be fine.” He joked. Then he said to me, “British common law was derived from the common story, the common story set the communal standard and code for decency within a society. What’s the common communal story in America?” I had no answer. He continued, “The common story here is varied, and scattered, every group of people is different and has different social mores. So whose job is it to tell our communal story? It’s too much work to go around telling everyone don’t do this or that. Don’t let ‘em make you into a common Negro kid,” he laughed, “don’t let ‘em turn you into a moral dandy. Focus on your work.”

As we talked that day in Jim’s office we established that—as black men in rarefied environments—there was no escaping these types of interactions; we also came to the conclusion that they’re ultimately a distraction. Racism. Prejudice. They’re foolish superstitions: if you’re that then you’re this, if you’re this then you’re that. And if these things are unavoidable, how much energy should we allow to be stolen from doing what’s most important, the writing?

At the tail end of our conversation, Jim basically said to me: there’s no avoiding racist people, but we can’t allow them to take our writing time away. And maybe that’s one of the larger lessons imparted; if the writing is what makes you happy, then just let it.

Marcus Burke grew up in Milton, Massachusetts. Burke graduated from Susquehanna University where he played four years of Varsity basketball. Burke went on to receive his MFA at the Iowa Writer’s Workshop where he was awarded a Maytag Fellowship, an Iowa Arts Fellowship, and upon graduation, a competitive grant in honor of James Alan McPherson from the University of Iowa MacArthur Foundation Fund. Burke’s debut novel, TEAM SEVEN, was published in 2014 by Doubleday Books. TEAM SEVEN received a starred review from Kirkus Reviews, was long-listed for the 2015 PEN Open Book Award, and was one of the “10 Titles to Pick Up Now,” in O, The Oprah Magazine. Burke was the inaugural Creative Writing Fellow at Susquehanna University, 2016-2017, and is full-time faculty at Southern New Hampshire University's Mountainview MFA program. He is currently at work on his next novel. 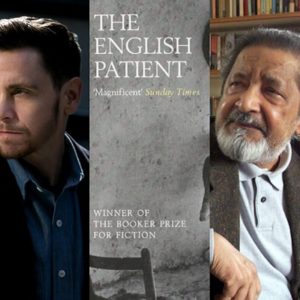