TODAY: In 1906, Reginald Fessenden (center) transmits the first radio broadcast consisting of a poetry reading, a violin solo, and a speech.

The Literary Hub staff shares their favorite books of 2016 · Visiting the last bookbinder on the Lower East Side · Charles Johnson on the art of revision: Most of what you write should be cut · 10 overlooked books by women in 2016 · Kurt Vonnegut’s atheist marvels: How the famous humanist achieved transcendence without God · Our favorite and the most popular stories at Literary Hub this year · Why is it ‘unrealistic’ to show women in power in fantasy? Kate Elliott and Ken Liu in conversation · The 60 best covers of this year, as selected by book designers · Jason Diamond on working through depression to finish a book · My Louise Bourgeois: Siri Hustvedt on the complex, brilliant, contradictory artist 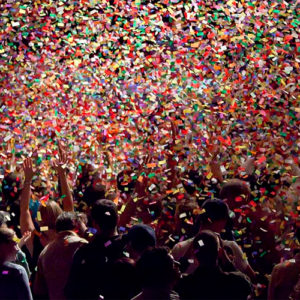 Over the course of 2016 we were very proud to publish an average of 30 features a week at Literary Hub. To see the ten most...
© LitHub
Back to top