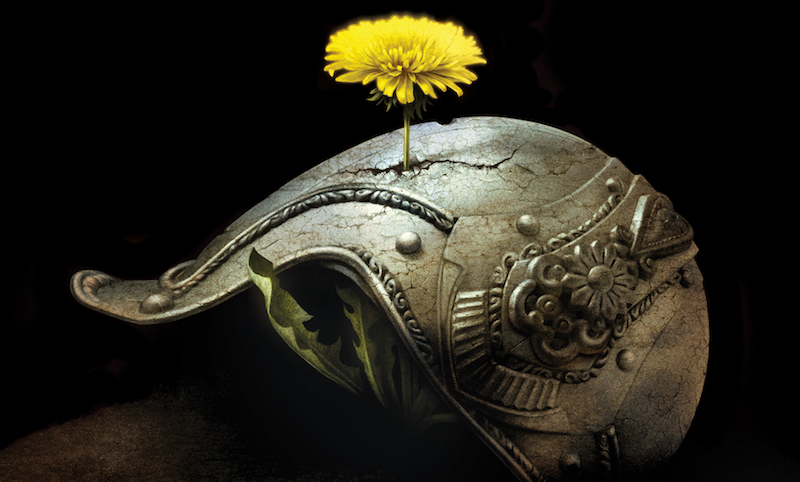 Why Is it ‘Unrealistic’ to Show Women in Power in Fantasy?

Ken Liu: A lot of fantasy world-building is ostensibly based on historical models. In real history, women exercised power—political, economic, military, artistic, literary, scientific—in both explicit and implicit ways. But even today we still run into the belief that showing women in power is somehow “unrealistic.” Do you know where this idea comes from? Has it always been there in fantasy?

Kate Elliott: Obviously these are questions too large to answer fully in a relatively short dialogue. I would start by pointing out the parallels between the popular view of history that I grew up with, in which women’s lives were generally relegated to a three-page chapter called “Women,” and the history of fantasy writing itself.

I came of age during a time when the history taught in most US schools was written by white, Western men about white, Western men and yet was considered to be for everyone. These historical actors and their philosophies and efforts were the ones that mattered. Everything else existed in support or wasn’t important enough to take notice of—except, ironically enough, a few women who had positions of public political power, like Elizabeth I. In the 1960s and 70s many new young scholars started a push to uncover, piece by piece, the lives and events previously ignored in much historical writing. It is far easier now to find multiple examinations of the lives of women in, for example, most of the eras and regions of medieval Europe than it was when I was in college. Frankly, a person doing research has to deliberately avoid or reject modern scholarship to pretend that in the past women were ciphers with no influence upon the societies they lived in and no access to power, education, skills, work, travel, art, and so on. I even wrote a 9,000-word essay on this very subject: Writing Women Characters Into Epic Fantasy Without Quotas.

So the stubborn insistence (most commonly found in comment sections, on forums, and on generalized history sites) that it is unrealistic or ahistorical to depict women in power or with other skills and influence in settings loosely based on most historical cultures is a form of recalcitrance. Perhaps some who say this are genuinely ignorant. Perhaps others build their view of the past on the often erroneous visual depictions seen in Hollywood (and other) films or tv; images combined with simplistic stories and comfortable cliches stick in the brain and can be hard to shake even in the face of actual evidence.

Early writers like Naomi Mitchison certainly depicted women in a greater variety of roles and importance within the story. But many of these writers were left out of the canon of fantasy literature that I was told was necessary reading if I wanted to understand the history of the genre. This kind of neglect helps embed the idea of women not belonging in the narrative. Thus, writers whose main research into both history and the history of the genre comes through reading (or viewing) fantasy stories written by men which only feature women in a limited number of stereotypical roles, or not at all, hammer it down further.

KL: One of the takeaways for me from what you just said and reading your books is the fraught relationship between the writer and history, and specifically two kinds of history: one is the record and interpretation of past societies, how women and men used power to achieve their own goals, to validate ideals, to protect loved ones, to satisfy ambition and maintain social stability; but the other is the construction and interpretation of the canon with and against which one writes, the decision of which books and authors one’s work is in conversation with, and which literary values to prize or to reject.

I was struck, when reading Black Wolves, by the many ways you write with a keen gaze on both of these histories. The women in your books exercise power in ways that remind me of historical accounts from around the world and yet are completely integral and organic to the world. Dannarah and Sarai attempt to change the fate of their world and their own lives in completely different ways, and yet there is no question that they’re both strong characters who wield power as naturally as we breathe. I can see the ways in which you engage with the canon of our genre, firmly rejecting certain tropes, embracing and extending others, leading and reshaping reader expectation with each paragraph, until, by the end, the genre itself is seen in a new light.

Although the world of The Hundred is inspired by many non-European societies that tend to have even more of a reputation for patriarchal bias—at least in histories written by Western “explainers”—the reader of your book never gets the feeling that history is being “revisioned” so much as you’re showing them how history could have and must have been actually experienced by women and men who lived in such societies. At the same time, your confidence in writing stories that embrace the truth of history—with all its splendor and terror, all its beauty and awfulness, all the ways in which women and men shape power and are shaped by it—gives fellow writers hope that they could also converse with the canon of this genre and participate in its construction, to discover its hidden gems and early pioneers who did not conform to the stereotypes we have been fed.

It’s a real power move you did there.

KE: Thank you, Ken. I did write Black Wolves in conversation both with history and with the history of the genre. We do such a disservice to the lives of those who have come before us by pretending they lived in hackneyed and simplistic ways.

I call this unexamined assumptions and received expectations. These expectations and assumptions blinker us when it comes to reading and writing. If we read a fantasy work that goes against what we believe is true—for example the idea that showing women in power in fantasy is unrealistic—then it becomes easy to reject that work without more carefully examining the basis of the portrayal.

As writers, both of us deal with the historical process; I think we are genuinely fascinated by how cultures change, regress, conflict, accommodate, and absorb influences. In The Wall of Storms you layer an entire foundation into the narrative that deals exactly with how change is built into both language and technology and of course language as a form of technology. You take a risk within the narrative because you choose to take your time unfolding this aspect of the story rather than blowing past it for the sake of relentless pacing. But by taking the risk you not only are able to examine this larger idea of how cultures shift and change over time, to delve more deeply into how people exist and live within these changes, but you also expand the palette of the fantasy genre. That includes your treatment of women, in which you are playing a long game through the trilogy as a whole by showing how societal disruption often creates opportunity for innovation and rebellion.

Because here’s the thing, and perhaps one of the possible answers to the question of how these ahistorical views get stuck in the genre: Writers may shy away from attempting a broader range of roles and narrative stories either because they can’t take their imagination that far due to unexamined assumptions, or because they believe readers only want a more comfortable story with familiar narrative heroes and plot points. Thus, ahistorical beliefs become a form of stagnation.

The flip side to that then becomes the inevitable objections to the opening thesis, the people who pop up to say that *they* don’t believe these things about history, so therefore no one does anymore (despite the evidence that some still do since we are still having this conversation). And, equally inevitably, some will toss out recent examples of applause-worthy fantasy work featuring women in better and more central roles. Yet if we count up the examples given they almost always are weighted heavily to male writers writing about one or two female characters. So the conversation then turns back around to focusing on men and their influence on the genre, and the cycle continues.

Even when discussing women’s roles in fantasy, how much do we still valorize women in roles perceived as traditionally masculine rather than seeing women in a range of roles as having narrative worth? How much do we focus on relationships between men or between men and women as drivers of plot and character, and ignore relationships between women or perceive them as boring and unimportant? If I had to give one piece of advice to writers, especially male writers, it would be to show women in relationship to other women as an important part of plot and character development.

KL: So much yes to all of this, Kate. I struggle a lot in my own work with how much attention to pay to the stagnation. Is the better approach for me to ignore it and focus on constructing narratives that simply assume that *everyone* has moved on from the ahistorical fantasy meta-narrative (whether it’s about the “unrealistic” notion of women in positions of power or some other just-so story about history)? Or is the better approach to confront the stagnation overtly and deconstruct it in some other way (perhaps with a “surprised by sin” move a la Stanley Fish’s reading of Milton).

I really like your advice—and I applied a version of it in the way The Wall of Storms is told. Whether I did it well or not is up to readers, but it was certainly a lot of fun to write.

KE: As creators who seek an audience we are always juggling these questions both about story in general and about potentially unexamined assumptions in particular. Who do we think will be reading us, and what do we need to include to keep them reading the story we want to tell without bogging down the readers who may already be ahead of us?

Writing is all about balance and even more so when we push against cultural expectations. In some ways it is art that helped back us into this ahistoric morass, so therefore we can use art to haul ourselves out.

Ken Liu‘s latest, Wall of Storms, is available now from Simon & Schuster. Kate Elliott is the author of several fantasy series’, including Spiritwalkers and Crossroads. Her latest book is Black Wolves.

12 Writers on the Books They're Giving as Gifts This Year 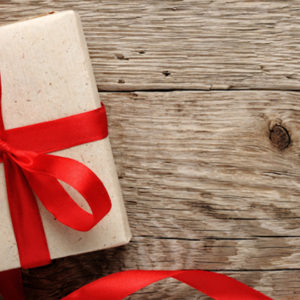 12 Writers on the Books They're Giving as Gifts This Year