You Will Not Be Able to Look Away

Colson Whitehead’s 2016 novel The Underground Railroad is one of the most widely celebrated novels in recent memory; in the wake of its publication, it won both the 2016 National Book Award and the 2017 Pulitzer Prize, becoming the first book to be awarded the two biggest American literary prizes since E. Annie Proulx’s The Shipping News in 1993. (The other books to have won both the Pulitzer and the NBA are The Color Purple, Rabbit is Rich, The Fixer, The Collected Stories of Katherine Anne Porter, and Faulkner’s A Fable.) It was a major bestseller, and almost universally acclaimed.

You read it. Your mom read it. President Obama read it. Reviews published at the time of its publication noted the contemporary resonance of this speculative slave narrative—in which the famous Underground Railroad is reimagined as a literal railroad, and in which a young enslaved woman named Cora escapes through slightly twisted versions of Southern states, always pursued by a vicious slave catcher called Ridgeway—in an age of police killings, stop-and-frisk, and anti-immigrant sentiment stoked by politicians.

Not surprisingly, five years later, the resonances remain. But in the last year, general public awareness of—and intolerance for—systemic racism has risen dramatically. So it’s not surprising that the limited series adaptation, directed and largely written by Barry Jenkins, has been the most anticipated literary adaptation of the year. Expectations have been high, and the show, which was released today in its entirety on Amazon Prime, does not disappoint. In fact, in many ways, even as Jenkins purposefully injects moments of relief, it is more challenging, both stylistically and morally, than Whitehead’s original text.

To start, there’s the medium itself. It is one (horrifying) thing to read that “Randall’s visitors sipped spiced rum as Big Anthony was doused with oil and roasted.” It is another thing to see it happen, with all the verisimilitude of modern technology, and to see Randall dance with a woman as it does, to violins played by enslaved men. The details of Big Anthony’s torture are actually even worse in the book (I will spare you if you have not already read it), but it feels worse, more visceral, more painful to see it on screen. It makes sense—you don’t really imagine horror in detail when you read. You aren’t forced to look at it in quite the same way.

There is also the fact of Whitehead’s prose, which is nimble, plain and light. He is a generous writer; he invites the reader in, which means his novels are pleasurable to read, even when the subject is as harrowing as this. It takes an incredible amount of skill. (He’s a bestseller, after all.) But what we might describe as Jenkins’ “cinematic prose” is much more difficult, much stranger, even more alienating. With cinematographer James Laxton and composer Nicholas Britell, both of whom worked with Jenkins on Moonlight and If Beale Street Could Talk, Jenkins creates a universe that is often impressionistic, almost surrealist on the one hand, and relentlessly bleak on the other. There are long periods where nothing happens. There is much more silence than we are accustomed to seeing on television.

This is not entirely unexpected. As he does in Moonlight, Jenkins is skilled at deriving intensity and meaning from silent exchanges between two characters, using looks in lieu of language. All of the actors in The Underground Railroad are incredible, and so is the cinematography, the use of color. It is beautiful, despite everything. But it’s all the looking that really sets it apart. In the pilot episode, we see Caesar and Fletcher meet, each of them staring searchingly at the other, but the scene ends before anyone says anything, before Fletcher can do more than nervously open his mouth; at this moment, we have no idea who this white man is or what he wants. It is a ghostly transmutation, containing little more than suggestion, though I thought instantly of the almost-analogous moment in Whitehead’s novel:

[Fletcher] took Caesar into his confidence, risking that the slave might inform on him for a reward. Caesar trusted him in turn. He had met this sort of white man before, earnest and believing what came out of their mouths. The veracity of their words was another matter, but at least they believed them. The southern white man was spat from the loins of the devil and there was no way to forecast his next evil act.

Jenkins tells us none of that. But we intuit it. We don’t learn who Fletcher is until later; the details of their confidence are never made plain. All this non-telling creates a feeling of being unmoored—almost a lack of control. You have to tolerate how it feels to not know. It’s a good, if not totally comfortable, trick, and it’s emblematic of Jenkins’ approach throughout. He often finds ways to push on Whitehead’s vision, making it stranger, more ghostly, more dreamlike.

The novel, of course, is full of ghosts. Each state Cora enters presents a different, slightly altered reality: in South Carolina, Black people are given freedoms and relative autonomy, but there is a hidden dark side; in North Carolina, there are no Black people anymore, as they’ve all been killed or driven away. We encounter pointed anachronisms—like skyscrapers where no skyscraper should be, like secret medical experiments on Black residents who think they are safe, which instantly conjures the Tuskegee experiments—which serve as reminders to readers that the narrative is knit closely (more closely than we like to pretend) with the world in which we live. In Jenkins’ version, these details remain, but he also makes a less subtle statement about the viewer’s connection—and complicity—with the history, however altered, they are witnessing.

Time and again, the camera cuts to a scene outside of the narrative, panning across groups of Black people, enslaved and otherwise, known to us and otherwise, living and otherwise, standing still, looking right at the camera, with blank faces, or with defiant ones. Often they hold their hands out, in something less and also more than supplication. They are witnessing, and they are demanding that you witness, that you recognize their humanity and their pain. It is effective and disruptive, a fracture in the fourth wall. I found it deeply moving.

Also moving, unexpectedly: the contemporary music that jumps in at the end of each episode, just to jolt you into remembering again that this is part of our history (particularly effective is the cut to black and “This is America” as a certain slave catcher lies broken on the ground), and the frequent memory and dream sequences, including one set piece in which Cora explores the Railroad itself, as it becomes a kind of burnished, Kafkaesque liminal space.

There are no easy answers in The Underground Railroad. There is no absolution. Jenkins takes the story seriously, and he takes the history seriously, and he takes the viewer seriously—not a given in these days of churned out content. Sometimes that makes things feel slow. But by then, Jenkins has earned the viewers’ patience. Most of the 10 episodes are about an hour long, but Jenkins also exercises the flexibility that comes with publishing on a platform—one episode takes 40 minutes, another only 17. Everything has been given its due, and no more.

The most violent thing about this story is not the actual violence. It is the way in which Cora fights and fights for the tiniest scraps of safety and decency and connection, and the way in which, just as she has secured them at last, they are snatched away from her without warning. But Jenkins goes out of his way to create glimmers of hope and agency, even when they don’t exist in the book. For instance, in the series, Jasper, the enslaved man that won’t stop singing, starves himself to death as a way of reclaiming his freedom; in the novel, Ridgeway shoots him to make him shut up. In the novel, Cora finally rids herself of Ridgeway by forcing him to fall from a height into a Railroad station, mortally wounding him; this happens in the show too—but then she comes back to shoot him dead, personally. Little “Grace” is an invention. (On the other hand, Jenkins subverts a familiar trope—giving the villain a sympathetic backstory to complicate our feelings about him—by setting aside an entire episode to dramatize Ridgeway’s origin story, only to have it not absolve him at all.)

These moments feel like a tether to the viewer, some hope to grip, even in the darkest tunnels. It can be hard to see the glimmer through the gloom, but in this difficult but rewarding adaptation, it’s always out there. 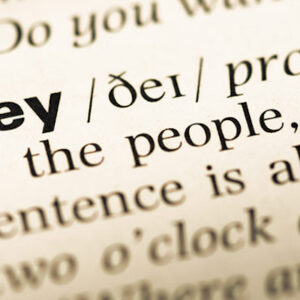 Most literary translators wear a second “hat,” and mine is that of a graduate student in the English Secondary Education...
© LitHub
Back to top