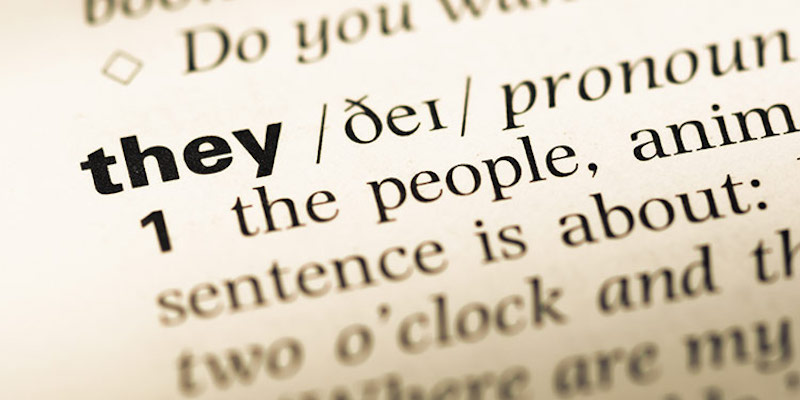 Isaac Stackhouse Wheeler on Maintaining the Aesthetic
Character of a Text

Most literary translators wear a second “hat,” and mine is that of a graduate student in the English Secondary Education program at the City College of New York. Unsurprisingly, the theory of teaching English (scripting an adolescent student’s encounter with a text in order to maximize opportunities for developing reading skills) and the theory of translation (reenacting an insightful foreign-language reader’s cognitive and aesthetic interaction with a novel by producing an English text) have a great deal in common. What I was not expecting—indeed, what bowled me over—during my recent fieldwork hours spent observing English classes at a New York public school, was that an exercise designed to teach high school students, many of whom speak English as a second language, how gendered pronouns work in English, would remind me vividly of translating the most challenging sentence in great contemporary Ukrainian author Serhiy Zhadan’s novel The Orphanage.

Use your knowledge of pronoun antecedent agreement to fill in the blank in the following sentence: “Esther felt her best stroke was the crawl, but she adapted because each member of the girls’ swim team had to participate in a variety of races despite having ____ own personal favorite.” Since every member of the team is a girl, the correct answer is “her,” not “their,” but some of the students in the classes I was observing struggled to arrive at it. The instructor talked them through the required reasoning and made the takeaway clear; unless it is the correct pronoun to reflect a person’s gender identity, the singular “they” is ungrammatical and should be avoided in formal writing.

So why on earth would a team of literary translators use it when producing an English version of a major writer’s narrative of the terrible and traumatic war in Ukraine? My co-translator, Reilly Costigan-Humes, fully expected to be asked that question when we used the singular “they” in our translation of The Orphanage, but I believe we have a good answer.

The Orphanage is not, first and foremost, a story about the political, military, and historical significance of the war in Ukraine. Instead, it is a story about how civilians caught up in the ground-level reality of that war experience it. In other words, it is a novel about trauma.

So why on earth would a team of literary translators use the singular “they” when producing an English version of a major writer’s narrative of the terrible and traumatic war in Ukraine?

As such, when my co-translator and I encountered a scene where the protagonist slips into a fitful sleep in a ruined building where he has sheltered from machine gun fire with a group of fellow civilians, we knew that it was critically important to translate Zhadan’s depiction of how his experiences had affected his psyche as accurately as possible. It was there that we encountered the most challenging sentence in the novel:

The visions the protagonist experiences in his sleep are compared to pictures being shown to him with malicious intent. The agent doing the showing, however, is left utterly undefined—blank. The unknowable quality of this “blank agent” is integral to why the scene succeeds in depicting the internal reality of a traumatized character, since it leaves the reader feeling disoriented and unmoored. In Ukrainian, this was achieved through the third-person plural, a device commonly used to describe an action without attributing it to a specific individual, but which is defamiliarized here by being repeated. Literally translating this passage would yield something like the following:

He sleeps briefly and nervously, without dreams, as always. Only with some kind of pictures on the tips of sleep, like they are showing you something, but when you want to look more closely, they go away from you into shadows, along with the pictures, [and] they laugh at you from the shadows with malicious laughter, and they look at you with an angry gaze.

While I have translated the third-person plural verbs as “they are showing” etc., there are no pronouns in the original, just the verbs themselves, appropriately conjugated.

English requires a grammatical subject for verbs to function meaningfully in a sentence, but simply adding the plural “they” would not do, since a reader encountering it would experience the strangeness of the sentence as grammatical rather than aesthetic. Indeed, the reader might be driven to hunt for the antecedent of those pronouns and thus be denied the experience of watching actions being performed by an utterly blank, undefined agent, which is what makes the sentence so striking in the original. Simply removing that antecedent confusion by adding a noun as a subject for the third-person verbs, like “person” or “figure” or “entity” would have added information about the nature of that subject, undermining the strangeness of the original.

Reilly and I racked our brains in search of a grammatical subject that would contain as little information as possible, and we settled on “somebody,” recalling the moment in the classic animated film “Hedgehog in the Fog” when the hero encounters an utterly unknowable presence, which the viewer recognizes as a fish, but the narrative describes as simply “somebody,” reflecting how utterly alien it is. The stunning effect produced in the film—when the fish’s lines are reported speech delivered by the narrator, rather than performed by an actor like the other characters’ voices, appearing as part of the frame rather than part of the painting—was analogous to what Zhadan was achieving in The Orphanage.

English requires a grammatical subject for verbs to function meaningfully in a sentence, but simply adding the plural “they” would not do, since a reader encountering it would experience the strangeness of the sentence as grammatical rather than aesthetic.

The problem, however, was that using a singular subject like “somebody” would require us to use personal pronouns, and thus invoke gender, which Zhadan was pointedly avoiding. In fact, since Ukrainian has grammatical gender, the lack of any imputation of gender to the “blank subject” is doubly marked.

It here that the singular “they” presented itself as the best solution, as it avoided the grammatical trap of a missing antecedent, kept the agent behind the verbs in the sentence as undefined as it was in the original, and did not invoke gender. While some readers would experience it as awkward or even ungrammatical, the eccentricity of the original sentence was, to us, a sufficient justification for making that sacrifice. The ultimate standard by which any decision a translator makes must be judged is, however, an insightful reader’s experience of the final product. As such, I invite you to read our use of the singular they and observe your own experience:

He sleeps briefly and anxiously—no dreams, like always, just some pictures on the tips of his sleep, as though somebody’s showing him something, but as soon as he tries to get a closer look, they retreat into the shadows, taking the pictures with them, laughing maliciously, glaring at him from those shadows.

While the controversy around the singular “they” will doubtless continue, our experience of discovering it as an indispensable tool for translating from a language that handles gender and agency differently than English does will hopefully serve to illustrate its potential value. 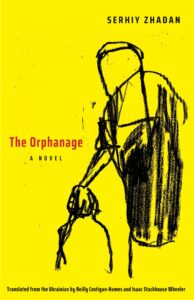 Isaac Stackhouse Wheeler is part of a literary translation team with Reilly Costigan-Humes. They work with both Ukrainian and Russian and are best known for their renderings of novels by great contemporary Ukrainian author Serhiy Zhadan, including Voroshilovgrad, published by Deep Vellum, and Mesopotamia, published by Yale University Press. Wheeler is also a poet whose work has appeared in journals including The Big Windows Review, The Peacock Journal, and Post(blank). 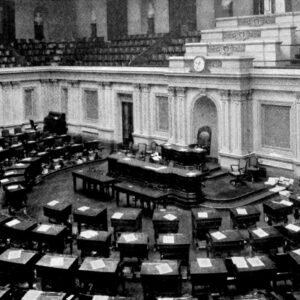