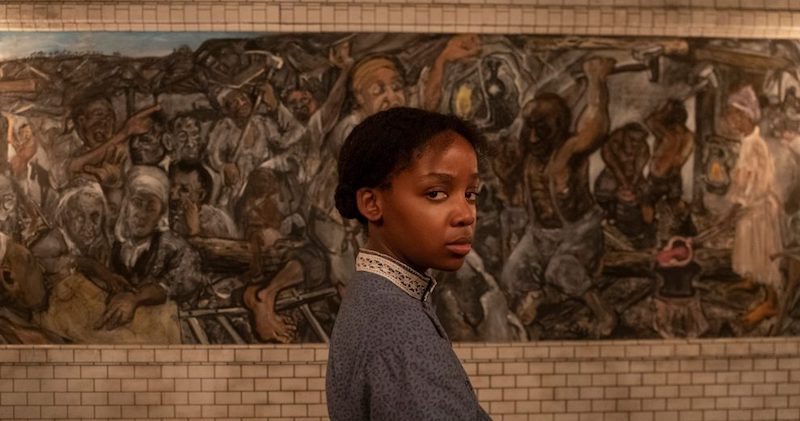 Watch the stunning new trailer for The Underground Railroad.

At long last! Today, the first full trailer for the Amazon Original adaptation of Colson Whitehead’s The Underground Railroad was released.

South African actress Thuso Mbedu plays Cora, a woman enslaved on a Georgia plantation, who decides to escape to freedom. On her journey, Cora discovers that the Underground Railroad is a real network of underground trains, complete with conductors and engineers. The trailer also features glimpses of Caesar (Aaron Pierre), Ridgeway (Joel Edgerton), and Ethel (Lily Rabe). We also see a few glances of Cora’s mother, Mabel, a former slave who successfully ran away from the plantation. Mabel was the only enslaved person who Ridgeway failed to capture. Thus, he’s imbued with a sense of obsessive desperation to track down Cora.

Critically-acclaimed director Barry Jenkins (If Beale Street Could Talk; Moonlight) was tapped as the showrunner and directed all ten episodes of the limited series. He’s also an executive producer, along with Brad Pitt and Colson Whitehead.

In a 2020 interview with IndieWire, Jenkins said of the production, “It’s the toughest thing I’ve ever done, not because it was difficult to make physically, but just emotionally.”

The entire series, set to premiere on May 14th, will be available in more than 240 countries and territories worldwide.