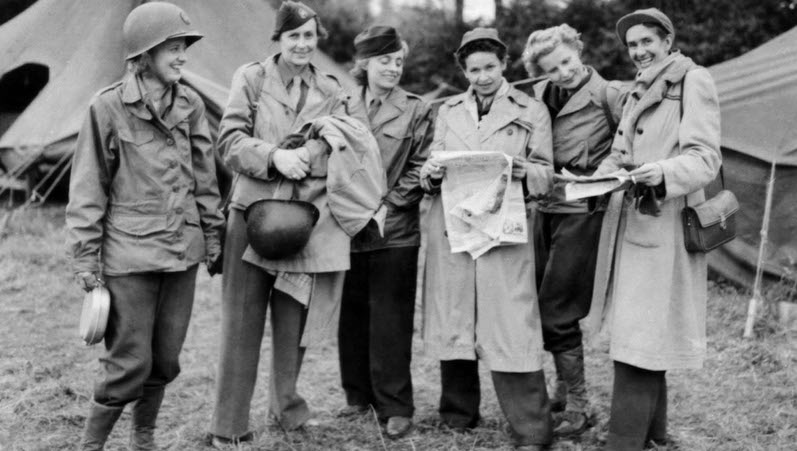 From Sapper Dorothy in WWI, to the Citizen Journalists of Today

In the opening scene of Bearing Witness, the 2005 documentary by Barbara Kopple that examines the work of women war correspondents in Iraq during the Second Gulf War, Al Jazeera journalist May Ying Welsh explains why she was at a dangerous flashpoint in international conflict. “Who was going to be here to witness this?” she asks.

The urge to bear witness and report on the depth of human suffering amid the military and political developments of war is something that, according to photojournalist Mary Rogers, renders journalists “fair game” in the war zone. Still women grab their backpacks, satellite phones, laptops, notebooks, pens and flak jackets, and get on a flight into the eye of a human storm. As legendary reporter Martha Gellhorn reportedly said when asked where she was going on D-Day in June 1944, “I’m going where the boys are going.”

Today those “boys” are just as likely to be young women in uniform venturing into conflict, but the [masculine?] sensibility is still there. At a time when journalists are facing intense scrutiny due to political rhetoric and manipulation, it’s important to remember that in order for us to have news of war, of how “our soldiers” are doing in Iraq, Afghanistan, or even on the Mexican border, a journalist has to put herself in harm’s way. That hard won news has a shorter shelf-life in the public consciousness, and is pushed aside by celebrity updates and political twittering. The news cycle isn’t so much a cycle as a flash of insight drowning in the mass of information the public are exposed to every day.

“Who was going to be here to witness this?”

Journalism was no easier for the earliest women war correspondents, who often had to use extreme measures to gain access to front lines. In 1915, 19-year-old Dorothy Lawrence, a young British woman who had already published a few articles in the London Times, decided she wanted to be a war correspondent. She was turned down when she applied to become an employee of the Voluntary Aid Detachment, and was later arrested by French police when she tried to enter the French military sector as a freelance journalist.

Demonstrating a certain creative flair that reporters often have to employ to get close to the action, Dorothy disguised herself as a soldier. “I’ll see what an ordinary English girl without credentials or money can accomplish,” said Dorothy. She fit into a curve-reducing corset and shaved her face to give herself a rash that a young soldier might have. She obtained forged papers and presented herself as a private with a British regiment. Soon after she was digging tunnels.

Ultimately, Lawrence gave herself up to military authorities, though the magazine story she wrote about her experiences was silenced by the War Office; she later published her memoir of the trenches, Sapper Dorothy Lawrence: The Only English Woman Soldier. Sadly, it is only in recent years that her story has been rediscovered, and Dorothy’s bravery and creative thinking recognized by historians. The Author’s Note to her memoir contains the following, a reference written by another sapper. “It seems so short time ago since you, looking so fine as a khaki soldier, joined up in our mine-laying company, and spent ten days and nights within 400 yards from the Boche front lines, under rifle fire, trench mortars and ‘coal boxes.’”

Some 24 years later, Britain’s Clare Hollingworth was considered one of the first war correspondents, along with German-Jewish photographer Gerda Taro, who was killed in Spain in 1937 at the age of 27, and American Martha Gellhorn.  Hollingworth landed the scoop of the century when she reported on the start of WWII. While working for the Daily Telegraph—a job she had held for less than a week—Hollingworth was traveling from Poland to Germany when she observed German forces amassing at the border, with their guns turned toward Poland. On September 1st 1939, she telephoned the British Embassy in Warsaw to report the invasion, though she had to hold the telephone receiver out of the open window so the sounds of war could be heard and her story believed.

From there Hollingworth went on to report from Egypt, Turkey and Greece. She was hampered, as other female journalists were to discover, by the fact that women war correspondents were not given formal press accreditation. Perhaps those “boys” Martha Gellhorn referred to were the male journalists. Hollingworth later reported from conflict zones around the world, including Palestine, Aden and Vietnam. Following her death in 2017 at age 105, she was described in the New York Times as, “The undisputed doyenne of war correspondents.”

Martha Gellhorn reported from Spain during the Civil War, and from Europe during WWII. Later she covered wars in Vietnam, the Middle East, and Central America. By the time she was in her seventies and still reporting, she had become a legend, inspiring other journalists such as the late Marie Colvin, who was killed by government forces in Homs, Syria in 2012, and who was recently the subject of the drama, A Private War, starring Rosamund Pike.

But in recent years, any “slack” has been taken up by local citizen journalists, and many of those reporters are women.

The notion of the female war correspondent as a woman working in a man’s world and living an adventurous life is one that is arguably rooted in the Gellhorn legend, and is now perpetrated by the media and Hollywood. Colvin was honest about the risks of her job. In Bearing Witness she is seen assessing a situation in Iraq that has become heated, and instructs her translator and driver that they must all leave, as it would be dangerous to remain in the area. “When you’re in a war zone, you’re tested every single moment,” says Colvin in the documentary. That testing led to her losing the vision in her left eye while reporting from Sri Lanka in 2001. She was shot at the moment she identified herself as a journalist.

Janine di Giovanni has reported from war zones since the late 1980s. As a senior foreign correspondent for the London Times newspaper, she has witnessed many major conflicts. She has written about her experiences in her memoirs The Morning They Came For Us and Madness Visible and, in 2016, di Giovanni was awarded the Courage in Journalism Award for her work tracking war criminals. In a December 2018 Harpers magazine article she was critical of the film A Private War and the “Hollywoodization” of war correspondents. Di Giovanni described the effects of PTSD on war correspondents, an affliction that often leads to alienation from friends and family, dependence on drugs and alcohol and, for those who cannot bear the nightmares any longer—suicide. Di Giovanni said of A Private War, “I applaud the depiction of Colvin’s courage and her legacy. I just don’t want young women to watch it and think that being a war reporter is glamorous. It is not.”

It’s been noted in the press that foreign correspondents are increasingly absent in war zones. The fatality rate impacts the decision of news organizations to send their reporters into the line of fire, and increasingly the stakes seem too high for media insurers and journalists with families at home. But in recent years, any “slack” has been taken up by local citizen journalists, and many of those reporters are women. For women in areas of conflict, the risks are as equal to or greater than they were for the generations of female war reporters that have gone before.

Organizations such as the Women’s Media Center, and the Global Press Institute are leading the way in empowering women reporters, underlining the importance of their safety, and finding mainstream and alternative outlets for their stories. War is, “A rough draft of history,” said Marie Colvin in Bearing Witness. “You have to go there. You have to see what’s happening. And you have to talk to those people.” she added, “I possibly do get too involved. When it stops mattering to me, I’ll stop doing it.”

Sadly, the decision to stop was made for her.  For most war correspondents, the human cost in conflict never stops mattering.

Jacqueline Winspear is the creator of the New York Times and National Bestselling series featuring psychologist and investigator, Maisie Dobbs. Her first novel – Maisie Dobbs – received numerous award nominations, including the Edgar Award for Best Novel and the Agatha Award for Best First Novel. It was a New York Times Notable Book and a Publisher’s Weekly Top Ten Pick.“ Jacqueline’s “standalone” novel set in WWI, The Care and Management of Lies, was a finalist for the Dayton Literary Peace Prize in 2015. Her recent novel, The American Agent, just published in paperback, is inspired by war correspondents in WWII Britain

Foxed, Fuddled, Swallowed a Hare, and Other Words for "Drunk" 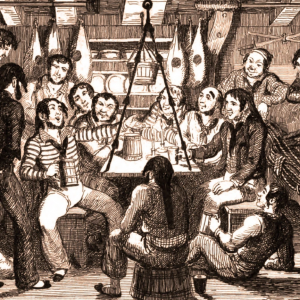 Foxed, Fuddled, Swallowed a Hare, and Other Words for "Drunk"

First published in 1785, A Classical Dictionary of the Vulgar Tongue is one of the first lexicons of English slang, compiled...
© LitHub
Back to top