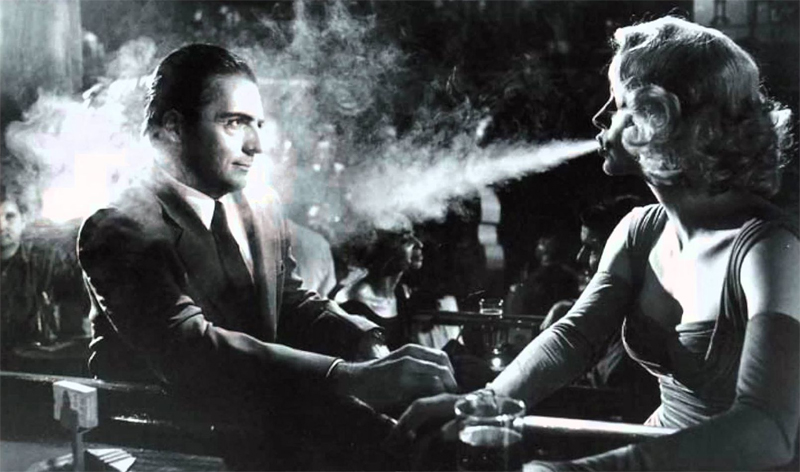 And Megan Abbott is Here to Prove It

Earlier this month Terrence Rafferty, a longtime film critic, wrote a long, lumpy essay for The Atlantic about the proliferation of excellent women crime writers. Yes, I said lumpy: there is a lot of undigested material in the piece. Then again, who told him to cover seven books and mention even more authors than that (among those mentioned are Laura Lippman, Alex Marwood, Sophie Hannah, Tana French, Liz Hand, Alison Gaylin, and Megan Abbott, all worth reading, and undoubtedly juking the Atlantic’s dismal VIDA count)? His overkill masks clumsiness or unfamiliarity with his subject: hence, Rafferty tosses a lot of writers into his essay to insure the reader knows he’s done his homework, but treats very few in any depth. Thus the long piece verges on a roundup, the least useful kind of review.

Yet what’s more disturbing about Rafferty’s essay is that despite his mention of Sarah Weinman’s excellent Library of America anthology, Women Crime Writers From the 1940s and 50s, there is no hint that women writing crime fiction is a longstanding tradition  dating back to the Queens of Crime, the most famous of whom was Agatha Christie. Weinman and others have been rescuing, resuscitating, and reissuing authors for years. For Rafferty, it’s but a moment, but he doesn’t quite make that argument either. His tone feels more like this is a delightful lark, with his eagerness to discuss female crime writers motivated more by noblesse oblige than admiration.

Rafferty reminds me of the man on the street who tells you to smile even though he has no idea what’s going on in your life: you lost your job, or there’s a lingering biopsy, a breakup, a blister.

His wording about how women write is especially peculiar: women are “crafty,” “more psychologically acute,” and use “higher-pitched first-person tones.” They are fluent in social media and especially in teen girl world, something he’s repelled by (“harrowing”).

There is a troubling tautology in Rafferty’s piece: all girls are inscrutable and dangerous, all girls become women, ergo all women are inscrutable and dangerous. This revelation astonishes Rafferty, as if suddenly space travel was normal or cats roller skated or we reverted to believing the earth was flat. “Remember all those silly globes, and how people talked about female crime writers? Ha, yes. Women write great crime fiction, and I can sail a boat to China!…Tell me, is this gin or vodka, one can hardly tell it’s so weak. Come now, are we rationing? Freshen me up.”

What Rafferty fails to mention is that these books and writers are thriving at a time when feminism is more complex and visible than ever. So, then, look what the culture chooses as a pressure valve: a lot of books about violence against women. Nuanced, complex, interesting books, about murder, rape, kidnapping, torture and all of the other ways women and girls are degraded and objectified. But this time, women get to write them. We’re touched by your interest in our little human interest stories, Mr Rafferty, but move along now. We have suburbs to populate and mutilate.

There was a lot of excitement among crime writers about the piece, but I find it shallow and sad. I’m left believing Rafferty is enjoying this moment and these writers but he does not write as if might be sustainable, the new order. I believe it is, or that at the very least we are on our way to a future where we do not have to metaphorically exhume the graves of forgotten writers every 30 years or so.

I would put money on it now: when the time comes to give a contemporary crime writer the Library of America treatment, Megan Abbott is going to receive it.

It’s corny but I thought about it during the fireworks: who have I read recently who has the qualities of classic American literature, the style DH Lawrence canonized in his Studies in in Classic American Literature? Abbott is great at allegory and metaphors: in her latest, You Will Know Me, 16-year-old gymnast Devon Knox is a symbol of not only her parents hopes and dreams but those of her gym, her town, and as a potential Olympian, her country. The Bel-Star gym is Abbott’s whaling ship, or her Salem; Devon’s suburban home her House of Usher.  Abbott knows as much of the nature of girls as Thoreau did of Walden pond. She understands valences and poetry of darkness as well as Poe. She writes with the savagery of James Fenimore Cooper, and the exaltation of self in Whitman. Given her fondness for female homosocial environments, like the gym in Know Me or the cheerleading squad in Dare Me, it is fascinating to imagine what Abbott would have written of the bluestockings. It’s easy to slip a perpetually and productively ill Alice James type character into The Fever, Abbott’s 2015 book about a mysterious illness that plagues the girls of a small-town high school.

Abbott’s career at this time can be divided roughly into two parts, as her voice shifts from uncanny old Hollywood patter to spot-on teen patois. Her first few books: Die a Little, The Song is You, Queenpin, and Bury Me Deep are more traditional noirs. They are heavily influenced by and sometimes set in Hollywood (Queenpin, which is a favorite of mine, has a unnamed setting and two female protagonists entangled in a tight plot that begins as a mentorship and, well, I’m not going to spoil it ). These books have a great sense of patter and perversity. Abbott is honing her skills for the skewering of suburbia.

Such is the setting of her more recent novels: The End of Everything, Dare Me, The Fever, and You Will Know Me. In the course of these books Abbott moves from writing about regular girls in Everything to the über girls of Dare Me and Know Me: the most queenly bees, the girls who have bigger purpose, and the parents who have even bigger investments in them than that lopsided relationship usually encompasses. These are crime novels, every one, so do not think I am denigrating them in any way when I say that the crime can feel incidental. It’s a testament to how good Abbott’s characters are and how rich the themes she is working with: she delves into the narcissism and creepiness inherent in parenting, in self-reproduction, in using a child to live out desires. And desire is everywhere in these books: between parents (spouses and others), between teens of all sexes, between adults and teens. David Simon could have hired her for his in-progress pornography project based on a two-paragraph quickie in Know Me alone. Abbott is not afraid of emotion, even of melodrama (she loves both Douglas Sirk and Brian De Palma).

Reading Know Me I was acutely aware of Abbott’s ambition, in part because ambition is the main engine of the book, as we follow protagonist Devon Knox’s practices and competitions prepping her for possible gold. Abbott, too, is on a hot streak: the Simon project, a couple of books optioned, this one getting raves. Abbott is so good at writing these fierce competitors, almost all of whom get into some kind of trouble, because she, too, is golden. If you don’t know her by now, you should.

What The Last Samurai Reveals About American Literary Culture

Linguistic preservation is an academic exercise at best, and a specious promise at worst. While some languages survive by transplanting...
© LitHub
Back to top