On Guatemala's Tz’utujil People and the Politics of Language Preservation

Linguistic preservation is an academic exercise at best, and a specious promise at worst. While some languages survive by transplanting their speakers to more hospitable locations—New York City is especially fertile, hosting communities who languages have effectively become extinct in their places of origin—others don’t have the option of finding a home elsewhere. Some languages, like the majority of indigenous languages in Guatemala, continue to struggle against pressures to make them irrelevant, as well as those that try to keep it relevant despite the inclinations of its speakers.

Regulating language customs is a centuries-old campaign used by the Guatemalan government to control its indigenous population—alongside systematic discrimination, cultural erasure, and genocide, in recent history. Former dictator Efraín Ríos Montt systematically targeted indigenous populations for destruction in a scorched earth campaign after his 1982 coup, leaving thousands of indigenous dead and communities razed. The recent trials of paramilitary officers accused of sexual violence against indigenous women during the war are just beginning to pierce the shell of historical impunity that has protected war criminals for decades.

Controlling the indigenous by regulating their language began with Guatemala’s independence. Unlike Western Europe, and so like the rest of Central, South, and North America, Guatemala had, and still has, a majority indigenous population consisting of dozens of different cultures and languages. Their dream of European-style unification came at the expense of a rich human alloy. Indigenous languages were the first barriers to the cultural unity pined for by the government. The agenda to control and “modernize” the people started with the national education program, whose priority was turning the indigenous into “productive” citizens, stripped of any complex cultural baggage. Spanish was the national language, and its supremacy was enforced in schools at the expense of indigenous languages.

In signing the Peace Accords in 1996—effectively ending Guatemala’s 36-year long, US-supported civil war—the government promised to teach indigenous, mother-tongue literacy, alongside Spanish, in indigenous communities. The dedication to protecting Guatemala’s native cultures and languages was surprising, coming after decades of physical and cultural violence at the hands of government forces. The treaty, and its promises, were seen as revolutionary.

But now, 20 years after the signing of the accords, the effects of these pro-indigenous visibility reforms have stoked anything but an indigenous cultural resurgence. Most speakers of Tz’utujil, a language spoken primarily in Western Guatemala, can neither read nor write it. The literacy rate of Tz’utujil’s 80,000-odd speakers is between three and 25 percent. South Sudan, the country with the world’s lowest literacy rate, has a literate population of 27 percent. But while the use of Tz’utujil is falling, the use of Spanish in the same communities is flourishing.

The shift in linguistic priorities has a couple of different origins. Speaking Spanish has huge economic advantage, rapidly increasing job prospects for Tz’utujil speakers. (A well-documented fact: A Cambridge study found rapid economic growth to be one of the major drivers of linguistic extinction.)

More importantly, though no easier to address, there are social, often racist, pressures that cultivate disinterest in Tz’utujil. Whether dismissal of the language is feigned for social acceptance or gladly embraced by native speakers, the current of linguistic change is rapidly changing the course of the practice and inheritance of the language.

Delia Chavajay Sajquiy, a Spanish-language teacher from an indigenous town on Lake Atitlán, in Western Guatemala, has struggled to reconcile two seemingly contradictory aspects of her life as an indigenous woman. As a mother, she is raising her two young children to value their Tz’utujil language and culture. At the same time, Delia spends the majority of her working hours speaking and teaching Spanish, recreating its value for others. The public and private schools in her town usually offer one class in Tz’utujil—the rest are taught in Spanish. Kids speak Spanish with their friends and in the streets, and switch over to Tz’utujil for the sake of their parents.

Nearly 12 years ago, Delia recognized the good fortune brought by the tourist boom in Guatemala. Many of its indigenous towns are lauded as being ideal places for foreigners to learn Spanish, and, as any travel blog will enthusiastically point out, Spanish schools in Guatemala cater to beginners, since the indigenous teachers are believed to speak slowly and with little accent. But travel blogs do not enthusiastically point out that the economic necessity of speaking and teaching Spanish to foreigners has helped accelerate change in the fundamental social and cultural structures of indigenous towns, making indigenous languages such as Tz’utujil less and less relevant.

Delia knows there are contradictions in trying to preserve Tz’utujil while promoting and profiting from the demand for Spanish classes. And she says those contradictions are deeper than just making prudent decisions in a changing economy. The push to abandon Tz’utujil has to do with racism, the historical devaluation of her culture, and indigenous essentialism as much as it does with economic opportunity.

Delia was born and raised in her indigenous village, and moved to Xela—a small city nearby—for three years to study accounting. Xela was shocking. Compared to her hometown—where women wear traditional huipiles, cortes, and fajas, and everyone speaks Tz’utujil—Xela was like the nexus of modern, Westernized culture. It is a ladino (non-indigenous) city, where everyone spoke Spanish and wore jeans. Many indigenous women from Delia’s town moved to Xela to pursue better education and better jobs. Yet Delia and her friends found, in addition to school and work, a palpable, atmospheric pressure in their new city, a smog-cloud of racism and discrimination, which tried to obscure their dress and smother the Tz’utujil on their lips.

In the streets of Xela, Delia told me, there is a nickname for an indigenous woman: “Maria.” With the blunt force of any other racial slur, the name erases the individual identities of indigenous women, and pigeonholes them as nothing more than the stereotypical housekeeper from which the insult is derived.

Not only infuriating, Delia said this racial mockery was surprising. Inside of her community and other indigenous towns she had visited, Tz’utujil language was not only celebrated for its rich history, but of course considered as the humdrum of daily life, and not a striking feature by which one could be identified as different.

Delia related the story of a friend who was sitting in a park in Xela, wearing a traditional outfit, enjoying a midday break from her full-time job as a lawyer. Her friend was approached by a ladino man who, before hello, offered her a job watching his children and cleaning his house. This friend graciously declined, and now works in the Guatemalan federal government.

It seems that that was not an unusual incident. Indigenous women are disproportionately affected by this type of racism compared to men. In her community, employment opportunities for women are usually fixed by strict stereotypical gender roles, and are limited to the home or low-paying service jobs. Indigenous women are also more likely to travel to neighboring cities such as Panajachel or Xela to find more lucrative, or engaging, work. This move away from the home, in what should be a liberating feat of economic independence, paradoxically turns into increased vulnerability for discrimination, mockery, and harassment. Indigenous women are also more likely to wear traditional clothing than men, Delia said, as though they were waving flags, becoming open targets for contempt.

When indigenous women are supposed as solely “indigenous”—staying in their communities, keeping to tradition—they face no backlash. But when indigenous women challenge stereotypes—by speaking Spanish, living in modern cities—and publicly construct complicated, mixed identities, they challenge the perception of a one-dimensional culture and the tired narrative of indigenous cultural stagnancy. This is when they are harassed.

Racism towards indigenous Guatemalans—including legendary discrimination and failed government accountability in protecting indigenous identities—is fortified by, and perhaps has foundations in, the idea of women as the vessels of cultural transmission. When a template is built for women, what their responsibilities are, who and how they should be, the rest of their culture calcifies along with them.

The gendering of linguistic tradition, wherein women are expected to pass on refined versions of language and tradition to their children and keep the culture alive and pure, gives women a brittle and unrealistic social responsibility. It also reduces them to figures with only one identity—“indigenous”—and one task—“cultural preservation”—that defies any possibility for personal or group development.

Considering that indigenous Guatemalan women have historically been denied access to Spanish instruction, virtually erasing a glut of options for further education and work, the current racist and traditionalist hostility against women’s linguistic independence has repercussions related not only to language preservation, but also to the role of women.

In the last decade, there has been increased pressure to create alternative means of language preservation. There are community efforts, like those of the Community Library Rija’tzuul Na’ooj in San Juan La Laguna, also on Lake Atitlán. Founded in 2005, the library promotes the use of the local language by hosting Tz’utujil oral history and read aloud sessions for children. Grassroots efforts in these communities have also produced some bilingual Spanish-Tz’utujil books, which are based off local oral histories.

Yet the effects of these efforts remain to be seen. The reality in schools and on the streets is that Spanish is the way many culturally Tz’utujil millennials are choosing to communicate with each other. To enjoy popular music and Mexican telenovelas, Tz’utujil is no competitor to Spanish.

If Tz’utujil-speaking youth choose not to speak their language outside of their homes, and women choose to take up Spanish, for a plethora of reasons, it brings to mind whether official preservation efforts, or the activities of foreign NGOs (even those like the U.S.-based Riecken Foundation, which provides funding for the community libraries) may just be another yoke attempting to steer the development of Tz’utujil culture, and decide what exactly is “worth” preserving.

There is a tension between the preservation of an indigenous language, while also respecting the agency of indigenous language speakers. This tension is especially taut in the lives of indigenous women, like Delia. The right to have a variety of identities should be protected, enforced, and celebrated. Yet this right is rarely attributed to indigenous people, especially in Guatemala. The disappearance of languages and dialects continues in the 20th and 21st centuries—the last speaker of an Alaskan native language, Eyak, died in 2008—and efforts to preserve them are important. But the practice of linguistic preservation is superficial and academic if the identities of the language speakers are not treated with similar respect.

Claiming and changing identities, while abhorrent when forced by the hand of racial pressure, should still be respected even where there is tradition of historic cultural erasure. The past crimes against the Tz’utujil people, culture, and language should not determine the future of identities of the people.

Juliana Broad is a writing student at The New School for Public Engagement. She has been published in El Diaro and is a producer for Re:Construcción, a multi-media documentary examining the impact of the Salvadoran Civil War.
https://www.facebook.com/reconstruccionproject 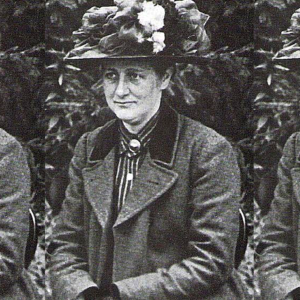