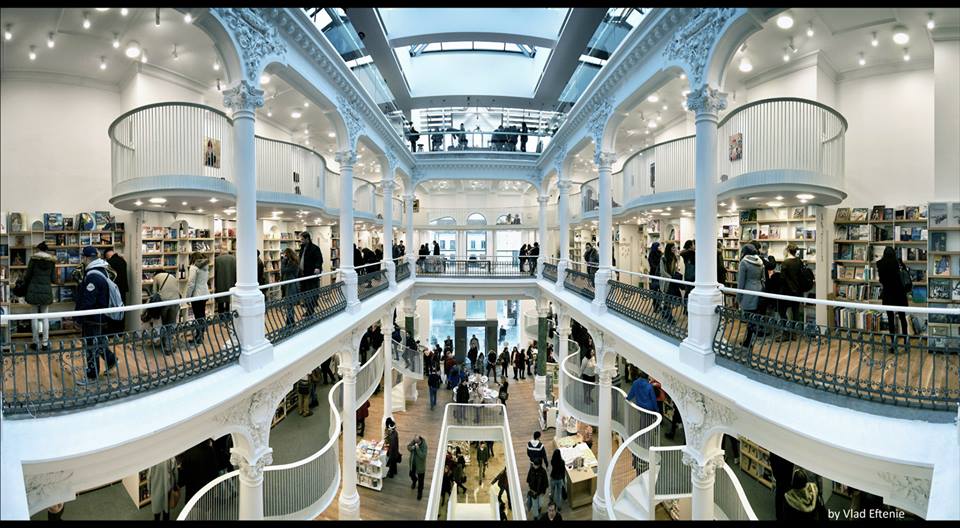 Why I’m Starting a Publishing House in Romania

On Reading Our Way to the Real Issues

I’ve always believed that literature is the news of the wandering mind. It follows no schedule; there is no universal face attached to it, no universal voice. We read and absorb the world as we relate to it, as we imagine it, as we want it to be, exposed in the language that we see fit for it, we put on a pair of goggles with our filter of choice: humor, optimism, fantasy, fiction, pragmatism. And we always take our time. Some of these stories stick with us. They sneak into our mental ABCs, disrupting the “it is what it is” daily routine.

I am an average person by all standards. Average height and weight, average education. I grew up in an average neighborhood, I walked to school, I always played with the boys, I liked toy cars better than dolls and never hesitated to get my hands dirty playing on the construction site next to my block. As a child I broke at least 15 pairs of glasses; as an adult I work, I curse, I drink, I smoke, I have sex, I order for myself, and I pay for myself too. I enjoy a pair of nice heels every once in a while, wearing a dress, as slutty as I please, walking alone at night, having the cab door opened for me. I work with two incredibly smart women, Anca Dumitrescu and Ana Bulgăr, who are both beautiful with gorgeous long legs that I’d love for them to be able to show more often without anyone publicly enunciating their erection. They have their stories too, like me, like millions others, some of which they have told me and some of which got lost. But the issues behind them are well alive. We’re starting a new Romanian publishing house to tell these kinds of stories, daring enough to give a different perspective on the world, bold enough to keep its sense of wonder—it’s called Black Button Books.

I was 14 the first time a man shouted on the street “I wanna fuck you, bitch!” I started running. It happened again last week. I am 31 now. I walked passed him.

My grandmother’s father died in the Second World War. She lived with her mother and an autistic brother. He drowned some years later. She never learned how to read. She learned the alphabet right up to the letter R. She got married at 17. Her husband used to beat her just for being beautiful. She left him. Remarried my grandfather. His name was Voicu. She learned her Vs and Us at 20 when she needed to sign her new name.

C. was three years older than me and brilliant. He always protected us brats from the drunks at the bar next to the place we bought bread from. He never went to high school, wanting to provide for his mother. He was stabbed and died at 18.

I met T. in high school. He was gay. He moved to Berlin. A year after he left, in 2001, the Romanian government passed the law that decriminalized homosexuality.

These kind of stories rarely make the news, but they add up to the global playground, its highs and lows, battlefields or parks for picnics, all set up for story explorers willing to really see the world.

“Are you sure there is a public for this?” After we share our plans for this publishing house, this is always the first question.

There are stories that shape the inside of our heads and dictate the movement of our arms and legs and lips and pens. And that is so wonderful and so risky. There is magic and awe, darkness and vastness and claustrophobia. And this is exactly what we want to bring to the table.

There’s no trigger warning for the world, but these stories bring us closer to all of it before we even leave our homes. Of course there will always be the parents, and the news and school, but it is impossible to really see the world exclusively in Trumps and Obamas, in oil and ozone, in dollars and euros, in polyglots and illiterates, in godly and godless.

With fiction, there’s something comforting in the supposition that these stories never happened, at least not quite like we read them. But there’s also the excitement and uneasiness of the possibility that they might, and the thought that they might affect someone in our life. We need these improbable demons and heroes as much as we need real ones. And sometimes we need to scale it down to the girl next door, the neighbor upstairs, or the cashier at the local supermarket.

There is nothing more powerful than the stories that we relate to, at whatever level we can. But for every person there is a particular way of articulating the world syllable by syllable. There is a constant drawing of conversational cartography on issues.

In 2013 there were massive protests in Romania against a Canadian company that had been trying for more than 15 years to get permission to extract 300 tons of gold from Roșia Montană, a picturesque village in a historic area of western Transylvania, by using thousands of tons of cyanide, permanently altering the ecosystem of the area, and damaging Roman-era mining shafts. It was a Sunday, I think, and more than 25,000 people were marching the streets of Bucharest. As the crowd filled one of Bucharest’s biggest boulevards, we saw a man on the sidewalk with dark skin, holding a piece of paper above his head, one word written in black on it. “Syria,” it said. He was crying. We stopped the Roșia Montană mining project, but I could never forget that piece of paper, or that man’s face. He was leading his own solitary revolution, peacefully, silently, in a foreign country, and wanted everyone to be aware. All 25,000 of us read his one word story.

The appetite for public debate on the real issues is just catching momentum in Romania. We had no debate teams in school; our minds weren’t structured in pros and cons but love and hate, reluctance and let’s-agree-to-disagree at best. We’re just starting to grasp the real respect for valid arguments. Over 40 years of communism effectively shrunk all public debate into domestic arguments, and after 27 years of democracy, we’re still learning to state our minds coherently and transparently. This might sound like a cliche for some and a Palme d’Or screenplay for others, but this is our playground. This is where the need for all those amazing books comes in. The more we read, the more we understand, and the harder it becomes to label these issues as irrelevant.

My business partners and I understanding the importance of this place we all share, that needs love and pampering as much as it needs alteration and bruising. We live and die by the stories that make sense of it, some of which we hear and see, a few of which we write, most of which we read, the best of which we share with readers. We translate and struggle to get financing and edit like motherfuckers. We ask for help, we sleep less, and sometimes drink more, but we do the job because we believe that leaving these kinds of stories out of the Romanian market is not acceptable.

“Who’s behind this? Is there a businessman financing you?” This is the second most frequent question we get.

There is no mysterious businessman. Instead, there’s a joke I always share with the girls. For this customary presumption we might just have the footwear industry to blame. Maybe historically, a man is expected to stand as high on his wallet as we women stand on our heels.

And then there always comes the 100-point question: “Why three women? Is this a thing now?”

I was six years old the first time a boy offered to speak on my behalf. We had just won one of the strategic play wars against the regiment of children living in the building next to ours. We had the playground all for ourselves now. It was my plan that led them into battle, and we came out victorious. They called me The General no less.

Now there’s another battle ahead that we hope to win, only this time around, the goal is to share this gigantic playground and to make sure that everyone gets the game.

Some of the books Black Button will publish include:

Chimamanda Ngozi Adichie: We Should all Be Feminists and Americanah

Junot Diaz: This Is How You Lose Her

Aleksandar Hemon: Love and Obstacles and The Book of My Lives

Jonah Sachs: Winning the Story Wars: Why Those Who Tell (and Live) the Best Stories Will Rule the Future.

The first Black Button Books titles will be published in October 2016. 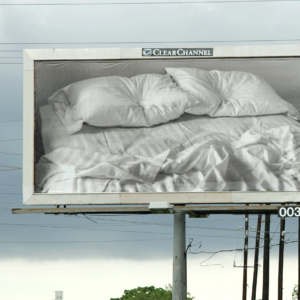 So often when called upon to introduce, teach or even just paraphrase a poem to oneself in isolation, an emphatic illusion...
© LitHub
Back to top