A New Poem by Edwin Torres

So often when called upon to introduce, teach or even just paraphrase a poem to oneself in isolation, an emphatic illusion returns. It’s the one that says that we can, even should, be able to reduce a poem to a few summary sentences, if only to help us pay closer attention to the marvels of language and melody, of shaping and contour that a poet’s logic, world view, imagery or feeling has made. In Edwin Torres’ new, ambitious lyric, I find myself letting go of the need to summarize just where I begin or am brought to. Specific words and associations recur, and the sense of family and lineage, as well as the central imposing image of the house being built, repeat and reinforce one another. A ghost narrative is almost there, waiting to be told. But letting go, I feel soon readers are able to enter another way; a movement of drifting, a melancholic kind of knowing that is also a mind speaking to itself about the ultimate efficacy of language, imagination, perhaps poetry itself. To surrender to Torres’ open lyric is to remember poetry is foremost a journey of making meaning by other means, at the margins, familiar, familial, migratory, beautifully upended.

he states, confirming the non-title

before I get any big ideas —

don’t ever feel crazy because you feel

you see it as sure as I’m seeing that house right there,

I pass it every day but do I know it, can I imagine that house,

what it believes in, how it frames my day

my house, the one I live in,

this is a house I do know, a house I built with my hands

the sort of house, one could say, with a certain amount of logic,

that knows me in return, you see, how can an object have the same feelings

as a person of flesh and bone, that’s where imagination comes in

he continues — you know there are songs that have real meaning

but also follow a logical path, for instance, and I only say this

because you need to understand — and here

is where the rest of the attack surges without me, I need to understand

he tells me, I am semi-left alone, to balance thought against action

as our eyes walk over insular blinking, reminded by waterless roads

that anything you touch, will touch you back, my mother’s brother-in-law

ancient in his nurtured isolation, upon hearing

that he was to have an audience with a poet, a real poet

in his words, unleashed a lifetime of torment embroidered

by entry, his demonic shell, outside the shack he was born in

a fitting metaphor, of a house encased by a home

a world of his own making, versus a world outside, no match

for the man who believes he has dreamed his life

is the one who will choose to wake up when it’s gone,

the man who laughs at his first breath

will swing himself to sleep on the wings of his night

his moon, a suspension against natural intention

his landing, a forced reckoning

starved by the false never-come, he pauses

and sees an opening — the imagination is important you see, the way you can go

outside your house, the way you see what is across your street, that tree over there, for example,

do I know it sees me every day, just because I see it, how can that be, you say

how can a tree have the feelings of meat, if I chop it down for fire or to live in,

who is to say that what I live in, is not having feelings every day, the more I stay inside it

the more I wake up every morning, and see these walls, made of wood, from a tree, that feels,

who is to say that what sees me sleeping, is also not sleeping but watching me, while I sleep

the feeling of the tree I killed, is the same one that protects me from the storm,

what I killed is what loves me, you see, how can I say the same thing

about a thing that I destroyed, because it makes me warm and protected,

that’s where the mind comes in, you see

if you are using your mind in your words, your words will protect you,

if you destroy words

with your moon, did I say, it was mind I meant, if your mind is destroyed

you know your words will protect you —

what it is I think I want

could be a walk along the now

underneath the low clouds

a skip aligned by direction

the ground as wet as a long rest

— let me experience belonging to a wish

Edwin Torres’ poetry collections include, Ameriscopia (University of Arizona Press), Yes Thing No Thing (Roof Books), and The PoPedology Of An Ambient Language (Atelos Books). A native of New York City, he has received fellowships from NYFA, The Foundation for Contemporary Performance Art, The DIA Arts Foundation and The Poetry Fund, among others. Anthologies include: Angels of the Americlypse: New Latin@ Writing, Post-Modern American Poetry Vol. 2, Kindergarde: Avant Garde Poems and Plays for Children, and Aloud; Voices From The Nuyorican Poets Café.
Share: 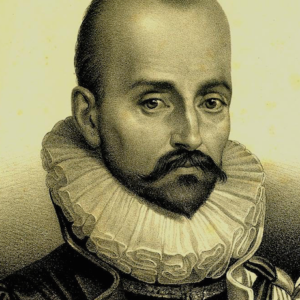 LitHub Daily: September 13, 2016 How to be a writer: ten tips from Rebecca Solnit. | Literary Hub And in an entirely different direction, Teddy...
© LitHub
Back to top