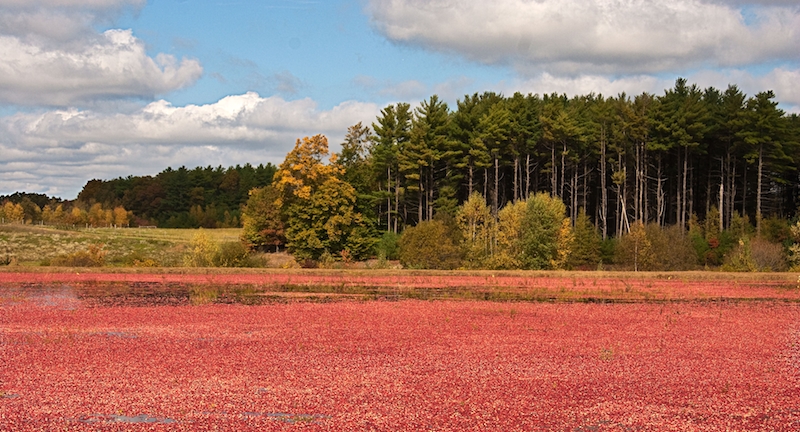 When I was working on The Art of Possibility I used to go on weekends in fall and winter to a cabin south of Boston to do the writing. The cabin is on a pond, in front of a cranberry bog, and surrounded by acres of conservation land. It provided everything I needed to get my work done: freedom from interruptions, a relaxed atmosphere, beauty, and quiet. As I looked forward to my very first weekend in my recently purchased hideaway I was extremely excited. I was going to spend three days in an environment in which nothing would disturb my concentration.

That first Friday morning, I packed the car with the odds and ends of my work, and all the food my dog, Luna, and I would need for the long weekend, and we started off. When we arrived at about 11 am, I carted the stuff into the house and responded to Luna’s insistence that we go for a walk. And what a lovely walk it was—the leaves of the oak trees had turned a dark brilliant red, and the grasses along the edge of the bog were shimmering in ecstasy.

What happiness! When I returned to the cabin, I attended to housekeeping matters. I put out a bowl of water for Luna, plugged in the computer, brought out my papers, and I made myself some lunch. After lunch, when I had done a dish or two and put more things away, I felt a little sleepy, and since it had been a busy week, I felt fine about taking a nap. After my little sleep, I made coffee, and I stared out the window. I noticed that the daylight was fading. In an effort to avoid anxiety around the fact that I hadn’t yet accomplished anything, I turned my attention to the computer.

It did not look inviting.

But I forced myself to sit down, and permitted myself to play a soothing game of solitaire as preparation for writing. With extreme difficulty I eked out an introductory paragraph, after which, without any intention to do so, I found myself at the refrigerator. I poured myself a glass of wine, fed the dog, made dinner, put sheets on the bed, and I figured there was just time for another walk before calling it a day.

A variation of this schedule—a little uninspired writing, a couple of walks, quite a lot of rearranging of papers and books—took hold over the next two days while, under a relatively calm exterior, I became increasingly frantic. By the time I left the cabin, I was in quasi-despair, but ready to try again the following Friday.

The second weekend, I arrived steeled to make myself sit in front of that desk. I had several plans for fixing the problem, a problem that I was hoping wouldn’t turn into writer’s block. The schedule was to be this: walk the dog at 7 am, eat breakfast and put all papers in order before start time, and sit down to work for four hours with one break before lunch. I was to avoid the refrigerator except at designated times.

As we know, what you resist persists. What actually happened was that hardly had I sat down when I was veering away from the computer on one excuse or another. I frequently visited the refrigerator, and several times walked out of the house, to the dog’s delight, without really intending to do so. All the power seemed to reside in my headstrong unconscious, rendering my own conscious will completely impotent. At this point it was clear to me that I had genuine writer’s block, just as if it had been fashioned from granite. I called a friend and told her about it, and she tried to help. “Perhaps you are sitting too long,” she said. “Take breaks every twenty minutes.” In my demoralized state I left early on Sunday, beating the traffic back to Boston.

Over the third weekend, I hit a crisis point. From my desk in the cabin I shouted aloud, “This is hopeless,” setting Luna’s pointed ears twitching in alarm. And indeed it was hopeless. I was bearing down with my will to overcome a problem I had created myself out of several disempowering narratives about my situation. One story was simply that I wasn’t doing what I was supposed to be doing, and another that I had developed “writer’s block.” I was orienting to these constructions as though they were reality, not of my own making. No wonder I was becoming desperate.

I took a deep breath, and gave up. Finally I remembered what my work is about. If I was ever to get down to it, I would be writing about changing the story, not changing myself or battling the world as it appeared to me through the lens of that story, so I called to Luna and left the cabin and took (another) long walk.

“What story am I acting out?” I finally asked myself, and in my mind I surveyed the elements of “writer’s block” and began to question my definitions of things. “What is writing?” was one of my first questions and it held the key. I was defining writing very, very narrowly, as sitting at a computer and producing words. I continued walking and walking and relaxed my mind. And this is the new definition of writing, and the new story, that I (or it, or Divine Intervention or Nature herself) came up with: “Everything I do at the cabin—from the time I get out of the car in front of the cranberry bog until the time I get into the car to go back to Boston—is writing. Walking the dog is writing, having lunch is writing, certainly taking a nap is writing, and a night’s sleep is writing. Reading the newspaper and playing solitaire are both writing, and punching the keys down on the computer is also writing.”

Prior to this moment, I had had flashes of deep understanding that the world is invented, that it unfolds in the story you tell, so even though I was prone to forget this, I was at a great advantage. My understanding allowed me to “believe in” my reasonably plausible new story. But soon something rather miraculous happened to give it grounding. Memories and evidence that fit the new story, but not the old child one, came tumbling into my mind. For instance, I had heard that our whole bodies absorb about 11 million bits of information per second, but that the conscious mind can process only approximately 16 of them. That’s a ratio in the range of a million to one! Obviously our conscious minds cannot be counted on to process very much. So it seemed clear that writing a book about possibility was probably not going to be done primarily with the few bits my conscious mind would be able to work with. It was going to take the whole of me and then some; and suddenly the new story “Everything I Do at the Cabin Is Writing” made all the sense in the world. I saw that walking in the woods with all this richness of information flowing in was part of writing. And I saw that letting the unconscious do its processing in sleep was obviously part of the venture, and that the sensual feel of an animal’s fur under my hand was, also, part and parcel of writing.

That, as I can testify, was the end of “writer’s block” and the start of a focused, passionate, and productive period. To write a book about possibility I had only to hang out in this magical cabin surrounded by fields and woods, listening to birds at dawn, and watching swans glide by on the pond. I had only to do what my surroundings prompted me to do, and they prompted me to write chapters and go for walks, take naps, wash dishes, and dream. The book got written, and as our editor, Carol Franco, said at the end of the process, “It was accomplished not simply with hard work, but with spirit.”

As a family therapist and an executive coach, Rosamund Zander develops models for leadership and effective action. Ms. Zander's work is based on the idea that creativity is an innate adult capacity. She offers intuitive, inventive coaching that trains people to apply their creativity in a way that shifts them into more effective personal and professional relationships. She has been featured on such programs as CBS's 60 Minutes, the Diane Rehm show, and in Parade Magazine. 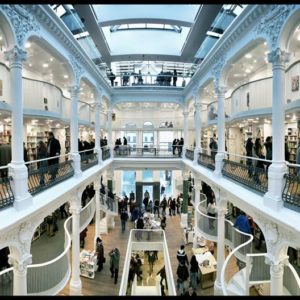 I’ve always believed that literature is the news of the wandering mind. It follows no schedule; there is no universal face...
© LitHub
Back to top