Yes, perhaps I’m a bit of a megalomaniac, but I have to confess that one of the more amusing aspects of running my Keen On interview show is that it gives me absolute power over my guests. I can, quite literally, ask them anything. They don’t have to answer, of course. But I’m in charge of the conversation. I run my own world with relish.

I’m not alone in my megalomania. For better or worse, we are all enthusiastic generals of our own labyrinths. But there’s a much bigger world out there too, beyond each of our individual little domains. So, who runs that big impersonal world out there?

That’s the question I’ve been throwing at all my Keen On guests. “In 2022, who’s in charge?” I’ve been asking. “Who really runs the world?

“Wow, what a good question,” they often respond. Which is their cleverly evasive way of admitting they don’t have the answer. They can’t say Trump anymore. Or, thankfully (this week at least), Putin. And the kind of people who normally appear on Keen On aren’t the typically sweaty conspiratorial crowd who mutter dark tales of a ubiquitous George Soros single-handedly pulling all the strings of global capitalism.

It’s not a polite question—which is why I ask it. The Victorian aristocrat Lord Acton famously quipped in 1857 that “power corrupts and absolute power corrupts absolutely.” Two centuries later, I wonder if we might extend that Actonian logic to conversations about power.

Power is something that other people, generally bad people, have. We aren’t proud of our own power. We don’t boast of it. We rarely even acknowledge it.

Where I live, in wealthy, cosmopolitan high-tech San Francisco, power is not only never discussed in polite company, but it’s treated as an enemy, a kind of socio-political COVID, a bad disease that good technology can eradicate. Like all the homeless people in the San Francisco streets. Power as a pandemic. Power as pathology. Power as an unnatural force that, like the carbon dioxide in our atmosphere, can be buried deep in the ground.

Power is something that other people, generally bad people, have. We aren’t proud of our own power. We don’t boast of it.

The latest mania out here in Silicon Valley is a technological movement called Web3, which sworn enemies of power, like the multi billionaire venture capitalist Marc Andreessen, believe can finally do away with power forever. So Andreessen is pouring billions of dollars into cryptocurrencies which, many believe and others fear, will finally do away with the power of central banks to mint money.

Like Web 2.0, that supposedly democratic revolution which, in fact, produced monopolistic surveillance leviathans such as Google and Facebook, Web3 will no doubt produce more Andreessen’s and Mark Zuckerbergs. More masters-of-the-universe promising to invent powerful technology that will eradicate power forever.

Our awkwardness about power reflects our taste in political philosophers. These days, it’s the Machiavelli of The Discourses rather than The Prince who is in vogue. Nobody even talks about Machiavelli’s eminently dislikable 20th-century student, Vilfredo Pareto, whose 1920 classic, The Rise and Fall of Elites, remains the most lucid analysis of the nature of power in the modern world. We read 20th-century critics of power like Arendt, Gramsci, and Orwell with the gusto of the powerless. But Pareto is beyond the pale because, apparently, Mussolini read him (so what?)

In our age of Mussolini wannabe strong-men like Putin, Erdogan, Duterte, Orban, Xi, and Maduro, smart books about power are, thankfully, finally returning. Back in 2015, the former Minister of Trade and Industry for Venezuela, Moises Naim wrote a book entitled The End of Power. No wonder Mark Zuckerberg made it required reading for his personal book club. Seven years later, Naim’s more realistic follow-up, The Revenge of Power, acknowledges that he may have been just a tad optimistic in 2015 about the end of power.

“So, Moises,“ I asked Naim when he appeared on Keen On a couple of weeks ago. “Who runs the world?”

“Leaders, followers, and algorithms,” Naim cleverly replied. Everything and everyone, in other words, except you and I.

Earlier this week, the Cambridge University political economist, Helen Thompson, the author of the new Disorder: Hard Times in the 21st Century, appeared on Keen On to discuss how the chaos of the 2020s represents a return to the disorder of the 1970s.

“Nobody,” the scarily erudite Thompson replied to my “who really runs the world” question. It’s probably a more honest answer than Moises Naim’s “leaders, followers and algorithms.” Although she might have also said “everybody,” which would also include you and I. Nobody and everybody. Different sides of the same power coin (no, not cryptocurrency).

Speaking of honesty, I did have Dwight Chapin, one of Richard Nixon’s most defiantly loyal loyalists and the author of The President’s Man, on Keen On recently. He told me a mysterious thing called “The Deep State” was in charge of the world. At least he didn’t blame everything on the almost 92-year-old George Soros who many of his conservative co-conspiratorialists believe is pulling all the strings of global capitalism.

When I asked Peter Osnos, who has edited a new book about the legendary Hungarian financier’s life, who ran the world, I was relieved that he didn’t reply: “Soros.”

“We are run by things that make human nature what it is,” Osnos replied with that worldly Old Testament pessimism of a longtime New York publisher. “Complicated.”

Yes, it’s complicated. But not that complicated. A few days later, I talked to the great English novelist, William Boyd, who megalomania—at least in his written work—knows no bounds. Boyd, whose entertaining new novel Trio reveals the secret life of three Anglo-American characters in 1968 (that most fictionalized of 20th-century years), told me that he always writes the final few paragraphs of his novels first. So Boyd, as the teleological Yahweh of his fiction, is all-powerful. The characters in his novels have no agency. They can’t change their ending.

But outside of his novels, Boyd seems less of a megalomaniac. He’s certainly a great critic of Vladimir Putin, who he rightly calls “demonic” and “an ogre.” And, in contrast with his own novels, Boyd believes that we the people do, in fact, have the power, to alter our endings.

“I have a funny feeling that the people are going to end up running the world,” Boyd concluded with a much happier and less complicated answer than Peter Osnos. Let’s hope he’s right. Especially in Ukraine. 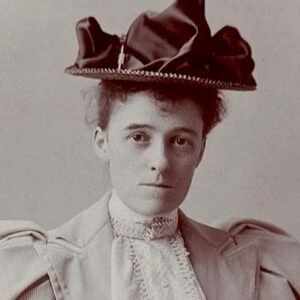 The following is excerpted from The Writing of Fiction by Edith Wharton and first appeared in Lit Hub’s The Craft of Writing...
© LitHub
Back to top