Fuminori Nakamura on how Noir Made Him The Writer He Is

People always ask me why my novels are so dark. My standard response is that they’re dark because I am, but the reason for that goes back to who I was when I was young.

Things weren’t so great at home. When kids don’t have anyone to count on, their imaginations compensate, and they create imaginary guardians. This is when some people turn to faith, but Christianity never really caught on in Japan. The Buddhist beliefs of most Japanese don’t jibe with the monotheistic ideas of Christianity. If I’d been raised in the West, perhaps I would have been communing with a Christian God, but knowing nothing about Christianity, I created a god of my own. A god original to me, both product of my mind and its protector. In retrospect, he must have been my first creation.

My god was juvenile and fanciful. I called him the Game Master. My childish reasoning was that I was a player in the game of life, and he was there to run the game. Growing up, I was perpetually conscious of his presence. I was depressed for a kid, scared of strangers, and deeply introspective. If I hadn’t felt like there was someone watching over me, it would have been tough for me to cope. Day by day, he gave me the strength I needed to get by.

When I got to middle school, he disappeared. I’m not sure why. Maybe I thought I was too big to need a bodyguard, or maybe I was simply at the age when the mind starts to reject this kind of fantasy. My world was dark as ever, but to save myself from bullying I let on like I was happy. You could say I was performing to survive. I don’t see anything odd about this now, but back then I felt defective. When I’d made it to high school, something snapped, and I couldn’t bring myself to go.

It’s hard to say what pushed me over the edge. Maybe it was the uniforms. In most Japanese high schools, the students all wear the same two outfits. I couldn’t stand seeing everyone show up wearing the same clothes, at the same time, in the same place, for the same thing. There’s nothing strange about a school being full of people, but the sheer scope of their numbers paralyzed me.

I faked sick to get out of going. I was in the throes of puberty, and scared for who I was. I felt like I matched the description of every criminal on the news. Unsettling thoughts pulled my mind in dangerous directions.

But once I discovered reading, and the existence of dark novels, I realized I was not alone. I read voraciously and came into my own. I met characters as dark as me and knew that I would be okay. Peering into the darkness of these novels, I felt something shining back that renewed me. It’s strange to say, but the darkness almost felt like light.

In 1997, the year I started college, a boy of 14 decapitated a younger boy with mental disabilities, gouged out his eyes, slit open his mouth, and stuffed it with a letter to the world. The severed head was found at the front gate of the victim’s school. Because the names of juvenile offenders are protected in Japan, the teenager, following his arrest, was referred to as “Boy A.”

Boy A professed to having his own personal god, one to whom his barbarous acts were dedicated. I couldn’t help but remember the Game Master.

I lost my god before I entered puberty, or knew sexual desire, but Boy A held onto his god right through his sexual awakening. His atrocities even had the aspect of perversion. What would have become of me if I had brought the god of my dark childhood into the swampy realm of my pubescence? As a teenager, my sexuality was volatile. I felt capable of doing something terrible. What would have happened if the Game Master had accessed this turbulent sexual energy? He could have morphed into a dictator and forced me to commit unforgivable acts. The thought of it still gives me chills.

My books are dark because dark books saved me, and my books are full of crime because the criminal mind is not a place that I feel foreign. Rather than writing like a scholar and analyzing the criminal mind from a distance, I write my novels like a grownup teen who suspects that if he’d made just one mistake he would have ended up in jail. In Japan, my novels are seen as mainstream fiction, or maybe mainstream with a thriller twist, but in America they’re often categorized as noir. Regardless of the genre I’m assigned, I’m happy to be read. Agatha Christie and Raymond Chandler are as grand to me as Dostoevsky and Fitzgerald. The same goes for David Goodis. My books aren’t noir simply out of taste. Noir made me who I am.

Fuminori Nakamura was born in 1977 and graduated from Fukushima University in 2000. He won the 2002 Shinchō Literary Prize for New Writers for his first novel, A Gun, the prestigious Noma Literary Prize for Shade in 2004, and the 2005 Akutagawa Prize for The Boy in the Earth. The Thief, his first novel to be translated into English, won the 2010 Oe Prize, Japan’s largest literary award, and was a finalist for the Los Angeles Times Book Prize. He is the recipient of NoirCon’s David L. Goodis Award and currently lives in Tokyo with his wife.

Why We Love to Be Haunted 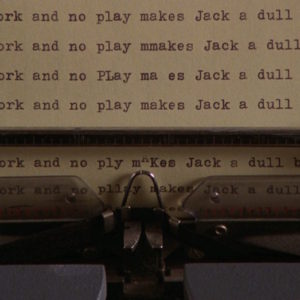 How can we be afraid of something as quiet and compact as a book—a thing that can’t make sudden movements, scary noises,...
© LitHub
Back to top