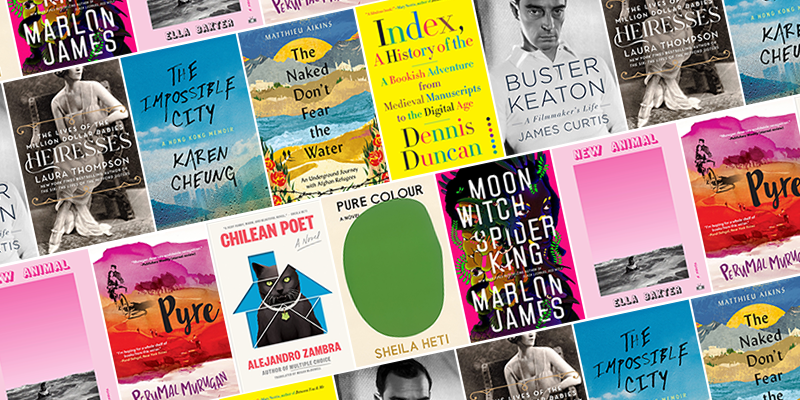 “In Pure Colour, [Heti] follows her fascination with the sacred into domains so surreal that we have to abandon any notion that she’s merely some sort of postmodern diarist. We have to pay Heti the courtesy of taking her question literally. She really wants to know: How should a person be? … Pure Colour is unabashedly metaphysical and completely outlandish. At the same time, this is a book of mourning, specifically for a father. Heti’s tone is more somber and searching than it has ever been, as she turns over and over fundamental questions of life and death, creation and extinction, with her trademark penchant for paradox. Yet neither grief nor theology can suppress Heti’s oddball wit and affection for wildly inappropriate sexual metaphors, for which a reader should be grateful … Mira is an always interesting but haunting character … Part of Heti’s charm is her knack for coming from as far out of left field as possible, and here she has amped up her unpredictability … This is a gloriously implausible book. Maybe Pure Colour is best labeled a cosmological farce; if so, that’s a discomfiting genre. The God of this novel is everywhere and in everything, but he is less concerned with human happiness than one might have hoped.”

“Marlon James’s Moon Witch, Spider King, the second book in his Dark Star trilogy, is both a continuation of the narrative that began with Black Leopard, Red Wolf in 2019 and an outstanding retelling of that story that expands on what the first book started. While shifting points of view, James…enriches the existing story, and the result is a book that simultaneously celebrates African mythology while creating its own … an impressive amalgamation of folklore, magic, and mythology that weaves together several narratives, but the element that makes it memorable is James’s prose. As lush as the forests he describes, the prose in this novel is simple, rhythmic, and strangely elegant. This is writing with a kind of cadence that turns every line into a poem, every story a tale told around a fire, every event an occurrence deserving of attention … Retelling the same story from a different perspective is not a gimmick here; it is a successful literary device that leads to a gripping narrative … This is a novel about the power of grief where anger is a driving force, and in that, despite all its fantastical elements, it is a deeply human story.”

“In her incredible debut, Baxter combines dark humor with a complex protagonist and bold narration to both astound and devastate her readers. Amelia is a memorable heroine who is raw with grief as she struggles with and explores the paradox of finding harmony in the dichotomy of life and death.”

“An acclaimed writer in his native India, Murugan skillfully contrasts the young couple’s innocence with the increasingly caustic attacks on their marital union. His spare prose mesmerizes, and Vasudevan’s translation of the original Tamil conveys both meaning and needed context for Western English readers. India’s casteism is on full display, but what makes this novel so powerful is how Murugan shows that intolerance, cruelty, and bigotry are universal traits of humankind, even while tailored to the peculiarity of each society. Universal too, are the love, kindness, and familial bonds that exist between individuals who have the sensitivity to look beyond societal custom and coercion … A haunting story of forbidden love set in Southern India that illustrates the cruel consequences of societal intolerance.”

“…heartfelt … translated with sleight of hand from Spanish by Megan McDowell … Without a doubt, it is his best work yet, generously infused with nostalgic tenderness, original humor, and Zambraesque storytelling vitality. Only a writer like Zambra—whose love for literature, insight into human vulnerability, and understanding of tumultuous history were expansively illustrated in his previous works—could have written Chilean Poet … The intersection of familial and literary lives is infused with heartrending drama … the novel is at once an emotionally resonant story about human relationship, and the procedural depiction of writing a novel about Chilean poets … Regardless, both Zambra’s straightforward prose and his experimental poems all read naturally, thanks to McDowell’s astute translation.”

“Appealingly titled … I had never thought of the index as much more than a tool … Duncan says, we usually turn to an index as a ‘convenience’ and ‘timesaver.’ It’s like a map … If all of this sounds obvious and unobjectionable, Duncan’s smart, playful book will encourage you to think again. The straightforward utility of the index turns out to be what made it such a disruptive innovation in the first place … Duncan writes…with an admirable clarity that also hints at the enormousness of his subject … Duncan gives a surprisingly vivid explanation of how the two foundations of the contemporary index — alphabetical order and pagination — themselves had to be invented … That Duncan brings…old, intricate disputes to life is a testament to his gifts as a writer — imaginative but also disciplined, elucidating dense, scholarly concepts with a light touch … Index, A History of the is furnished not with one index but two … The second was compiled by Paula Clarke Bain, a professional indexer. I don’t want to give anything away (words I never thought I’d use about an index), other than to say that its relationship to Duncan’s text is not just as a guide but also as a companion. Duncan has written such a generous book, attentive to the varieties of the reading experience, that it’s only fitting he gave Bain’s index some space to flourish, a chance to come into its own.”

“… comprehensive … Curtis…does a delightful job of capturing the old, weird America in which the Keatons plied their trade, Joe with his acrobatic pratfalls and high kicks, and the 4-foot-11 Myra with her musical accompaniment on piano and saxophone … Keaton was as much a technical innovator as he was a comic, and Curtis’s book goes into painstaking detail about how these effects were achieved. (The spinning house was built on a turntable whose control belt was buried in dirt and grass.) Every bit as important, Buster Keaton serves as a welcome corrective to the perception that Keaton’s was a tragic life undone by drink and the advent of the talkies … Curtis does not shy away from Keaton’s rock-bottom 1930s, when he lost his creative autonomy at MGM, wriggled out of a loveless marriage to his first wife, Natalie Talmadge, and drank so heavily that he was, for a time, unemployable. But the overall picture he paints is of an even-keeled showbiz lifer who was simply happy to keep on working … The lack of operatic highs and lows in Keaton’s life can make Curtis’s straight-ahead, sequentially narrated bio a slog if you’re not a committed Buster Boi, but it’s as definitive an account of the sad-faced comedian as one could hope for.”

“… exquisite and gossipy … the women are too varied, their lives too disparate to draw a conclusion. But what japes we have along the way … Thompson, a gifted storyteller, obviously delighted in the writing of this book … She is also deft: historical facts and dates and laws are woven into a kaleidoscope-bright tableaux of human highs and lows. You learn almost by accident as you gorge, pruriently, on the glamour and the glitz.”

“… characterized by a narrative style both intimate and candid. It’s hard to avoid being swept up by [Cheung’s] story … Her story is a welcome counterpart to narratives that portray Hong Kong as either as exotic or, more recently, as dystopian. Although she writes about various protest movements going back to 2003, also a year that was plagued by the deaths of Hong Kong icons Leslie Cheung and Anita Mui, she also, by merging memoir and observation, goes far beyond the issues that make international headlines.”

5. The Naked Don’t Fear the Water: An Underground Journey with Afghan Refugees by Matthieu Aikins
(Harper)

“This is a magnificent book that skillfully conveys the hope, disappointment, physical hardship, and human connections of Omar’s endeavor. Even more impressively, Aikins integrates knowledge of modern Afghan history, the failures of American policy, and the complexities of Afghan culture, religion, and family relations … Aikins writes an absorbing record of an amazing adventure, framed by sympathy with Afghan lives shattered by the arrogance and ignorance of the United States and the other nations that invaded Afghanistan … This is a beautifully written individual story made more meaningful by thoughtful and well-informed insights into a country ravaged by war and undermined by foreign powers. Highly recommended.”

The Trickster and the Monster: When Nixon Went to China 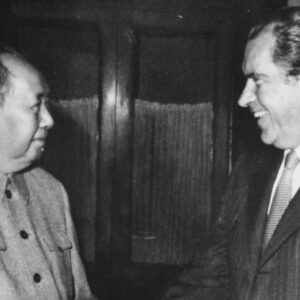 The Trickster and the Monster: When Nixon Went to China