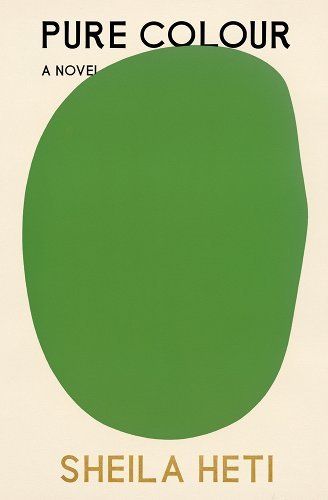 The following is excerpted from Sheila Heti's new novel, Pure Colour. Heti is the author of several books, including Motherhood and How Should a Person Be?, which New York Magazine deemed one of the "New Classics of the 21st century." She was named one of "the New Vanguard" by The New York Times book critics, who, along with a dozen other magazines and newspapers, chose Motherhood as a Best Book of 2018. She is the former Interviews Editor of The Believer magazine. She lives in Toronto.

After God created the heavens and the earth, he stood back to contemplate creation, like a painter standing back from the canvas.

This is the moment we are living in—the moment of God standing back. Who knows how long it has been going on for? Since the beginning of time, no doubt. But how long is that? And for how much longer will it continue?

You’d think it would only last a moment, this delay of God standing back, before stepping forward again to finish the canvas, but it appears to be going on forever. But who knows how long or short this world of ours seems from the vanishing point of eternity?

Now the earth is heating up in advance of its destruction by God, who has decided that the first draft of existence contained too many flaws.

People born from the bird egg are interested in beauty, order, harmony and meaning. They look at nature from on high, in an abstracted way, and consider the world as if from a distance. These people are like birds soaring—flighty, fragile and strong.

People born from a fish egg appear in a flotation of jelly, and this jelly contains hundreds of thousands of eggs, where the most important thing is not any individual egg, but the condition of the many. For the fish, it’s less any one individual egg that concerns them than that eggs are laid in the best conditions, where the temperature is most right, and the current most gentle, so the majority might survive. For fish, it’s the collective conditions that count. A person hatched from a fish egg is concerned with fairness and justice here on earth: on humanity getting the temperature right for the many. One thousand eggs are the concern of a fish, whereas the person hatched from the egg of a bear clutches one special person close, as close as they possibly can.

A person born from a bear egg is like a child holding on to their very best doll. Bears do not have a pragmatic way of thinking, in which their favorites can be sacrificed for some higher end. They are deeply consumed with their own. Bears claim a few people to love and protect, and feel untroubled by their choice; they are turned towards those they can smell and touch.

Perhaps God shouldn’t conceive of creation as an artwork, the next time around; then he will do a better job with the qualities of fairness and intimacy in our living. But is that even possible—for an artist to shape their impulse into a form which is not, in the end, an art form?

This particular story concerns a birdlike woman named Mira, who is torn between her love for the mysterious Annie, who seems to Mira a distant fish, and her love for her father, who appears as a warm bear.

A bird can learn to walk on the ground like a bear, and they can spend their whole life walking—but they will never be happy this way. While a fish on the shore gasps for breath, desperate to get back to the sea.

A brief history of heart-shaped books.

Jeff Rosenblum on How Brands Can Grow Exponentially and Create Communities 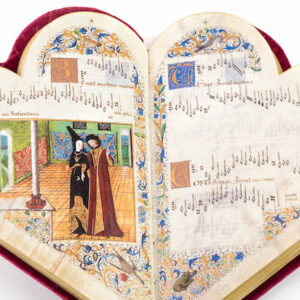 A brief history of heart-shaped books. Lit Hub wants to wish you a very happy Valentine’s Day—and I’m celebrating by taking a look back at one of my treasured...
© LitHub
Back to top