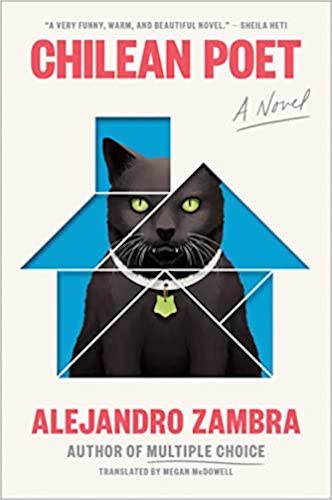 The following is excerpted from Alejandro Zambra's novel, Chilean Poet, translated by Megan McDowell. Zambra is the author of five previous works of fiction, including Multiple Choice and My Documents. The recipient of a New York Public Library Cullman Center fellowship, he currently lives in Mexico City. McDowell is the recipient of a 2020 Award in Literature from the American Academy of Arts and Letters. She lives in Santiago, Chile.

It was the time of apprehensive mothers, of taciturn fathers, and of burly older brothers, but it was also the time of blankets, of quilts, and of ponchos, and so no one thought it strange that Carla and Gonzalo would spend two or three hours every evening curled up on the sofa beneath a magnificent red poncho made of Chiloé wool that, in the freezing winter of 1991, seemed like a basic necessity.

In spite of all the obstacles, the poncho strategy allowed Carla and Gonzalo to do practically everything, except for the famous, the sacred, the much feared and longed-for penetration. Carla’s mother’s strategy, meanwhile, was to feign the absence of a strategy. At most she would occasionally ask them, trying to chip away at their confidence with almost imperceptible irony, if perhaps they weren’t a little warmish, and they would reply in unison, their voices faltering like a couple of terrible acting students, that no, in fact, it really is freezing cold in here.

Then Carla’s mother would disappear down the hall and turn her attention back to the TV drama she was watching in her room, on mute—the TV in the living room was loud enough, because Carla and Gonzalo were watching the same show, which they weren’t all that interested in, but the unspoken rules of the game stipulated that they had to pay attention, if only so they could respond naturally to Carla’s mother’s comments when she reappeared in the living room, at uncertain and not necessarily frequent intervals, to arrange flowers in a vase or fold napkins or carry out some other task of questionable urgency. Then she would glance sidelong toward the sofa, not so much to look at them as to make them feel that she could see them, and she’d slip in phrases like, Well, she was pretty much asking for it, or That guy’s a few cards short of a deck, and then Carla and Gonzalo, always in unison and scared stiff, practically naked under the poncho, would answer, Yeah, or Totally, or She’s so in love.

Carla’s intimidating older brother—who did not play rugby, but whose size and demeanor could easily have gotten him drafted to the national team— usually came home after midnight, and the rare times he arrived earlier he locked himself in his room to play Double Dragon, though there was still the risk he would come downstairs for a salami sandwich or a glass of Coke. Luckily, when that happened Carla and Gonzalo could count on the miraculous help of the staircase, in particular the second—or penultimate—step: from the moment they heard its strident creak until the instant the older brother landed in the living room exactly six seconds went by, which was long enough for them to get situated under the poncho so they looked like two innocent strangers weathering the cold together out of simple solidarity.

The futuristic theme song of the evening news marked, every night, the end of the session: the couple would go to the front yard and play out a passionate goodbye that sometimes coincided with the arrival of Carla’s father, who would flash the Toyota’s headlights and rev its engine, either as a greeting or as a threat.

“This little romance is lasting a bit too long, if you ask me,” he would add with an arch of his eyebrow, if he was in a good mood.

The bus ride from La Reina to Plaza de Maipú took over an hour, which Gonzalo spent reading, though it was hard in the dim light of the streetlamps, and sometimes he had to content himself with catching a glimpse of a poem when the bus stopped on an illuminated corner. He was scolded every night for coming home late, and every night Gonzalo swore, without the slightest intention of keeping his word, that from then on he would come home earlier. He went to sleep thinking about Carla, and when he couldn’t sleep, as often happened, he thought about her and he masturbated.

The surveillance system seemed inviolable, but Carla and Gonzalo trusted that their opportunity would soon present itself. It happened toward the end of spring, right when the stupid warm weather was threatening to ruin everything. A screeching of brakes and a chorus of howls interrupted the eight o’clock calm—a Mormon missionary had been hit on the corner, and Carla’s mom hightailed it outside to gossip, and Carla and Gonzalo understood that the moment they’d yearned for had arrived. Counting the thirty seconds the penetration lasted and the three and a half minutes they spent cleaning up the drops of blood and assimilating the insipid experience, the entire process took a mere four minutes, after which Carla and Gonzalo went, without further ado, to join the crowd of curious onlookers gathered around the blond youth who lay on the sidewalk beside his mangled bike.

If the blond boy had died and Carla had gotten pregnant, we would be talking about a slight tipping of the world’s scales in favor of brown people, because any child of Carla’s who was pretty dark, with even darker than Gonzalo, could hardly have turned out blond, but none of that happened: the incident left the Mormon with a limp and Carla withdrawn, so sore and sad that for two weeks, making ridiculous excuses, she refused to see Gonzalo. And when she finally did, it was only to break up with him “face-to-face.”

In Gonzalo’s defense it must be said that information was scarce in those wretched years, with no help from parents or advice from teachers or guidance counselors, and without any assistance from governmental campaigns or anything like that, because the country was too worried about keeping the recently recovered and still shaky democracy afloat to think about such sophisticated First World issues as an integrated policy on sex education. Suddenly freed from the dictatorship of their childhoods, Chilean teenagers were living through their own parallel transitions into adulthood, smoking weed and listening to Silvio Rodríguez or Los Tres or Nirvana while they deciphered or tried to decipher all kinds of fears, frustrations, traumas, and problems, almost always through the dangerous method of trial and error.

Back then, of course, you didn’t have billions of online videos promoting a marathon idea of sex; while Gonzalo had seen publications like Bravo or Quirquincho, and had once or twice “read,” let’s say, a Playboy or a Penthouse, he had never seen a porno, and as such had no audiovisual material that would help him understand that, any way you looked at it, his performance had been disastrous. His whole idea of what should happen in bed was based on his ponchoistic practice sessions and on the boastful, vague, and fantastical stories he heard from some of his classmates.

Surprised and devastated, Gonzalo did everything he could to get back together with Carla, although everything he could do amounted only to calling her every half hour and wasting his time on the fruitless lobbying of a couple of duplicitous intermediaries who had no intention of helping him, because, sure, they thought he was smart, kinda cute in his own way, and funny, but compared to Carla’s countless other suitors they found him lacking, a weirdo outsider from the periphery that was Maipú.

Gonzalo had no other option than to go all in on poetry: he locked himself in his room and in a mere five days produced forty-two sonnets, moved by the Nerudian hope of managing to write something so extraordinarily persuasive that Carla could not go on rejecting him. At times he forgot his sadness; at least for a few minutes, the intellectual exercise of fixing a crooked verse or finding a rhyme took precedence. But then the joy of an image he found masterly would be crushed under the weight of his bitter present.

Unfortunately, none of those forty-two compositions held genuine poetry. One example is this completely unmemorable sonnet that must nevertheless be among the five best—or the five least bad—of the series:

The telephone is red as is the sun
I couldn’t sleep, was waiting for your call

I’m like a pisco sour sans alcohol
I’m like a lost and twisted cigarette
Ne’er to be smoked, this treacherous Pall Mall
Abandoned in the street so sad and wet

Everything hurts, from feet to face to eye
And nothing’s certain but that I will die

The only presumable virtue of the poem was its forced adherence to the classical form, which for a sixteen-year-old could be considered praiseworthy. The final stanza was, by far, the worst part of the sonnet, but also the most authentic, because, in his lukewarm and oblique way, Gonzalo did feel like he wanted to die. There’s nothing funny about mocking his feelings; let us instead mock the poem, its obvious and mediocre rhymes, its schmaltz, its involuntary humor. But let us not underestimate Gonzalo’s pain, which was real. 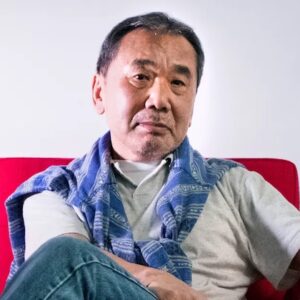