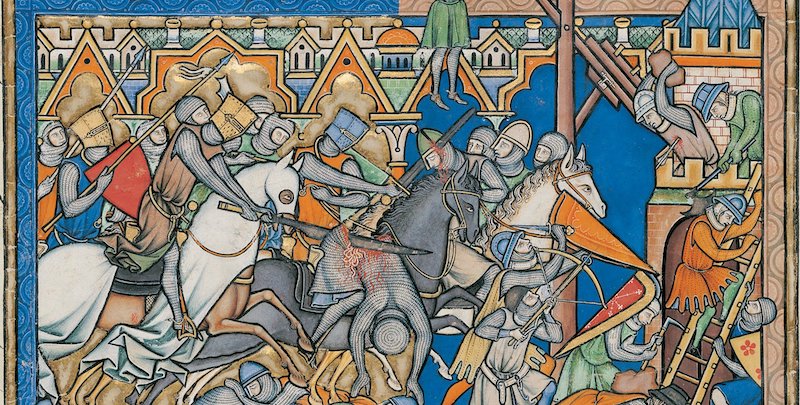 Alex Myers on the Inspiration for His Debut Novel

The standard European “medieval chivalric legend” fulfills every stereotype of white patriarchy. There’s the helpless woman needing aid—or, in an equally misogynistic variant, the conniving woman who manipulates the pure man. There’s the hero, of course, always male, always strong and able-bodied, who wins through violence, (Christian) virtue, and occasionally a bit of cleverness. Enemies are deformed, foreign, monstrous, or female (sometimes all four at once!) and the story ends, always, with the restoration of the proper order of things: man on top, in more ways than one.

As a little girl, a tomboy, as an avowed nerd growing up in a tiny Maine town in the 1980s, books were my best friends. I loved the stories of King Arthur’s knights. I loved Lancelot and Gawain. Morgan Le Fay made my skin crawl. I had mixed feelings about Guinevere. (I secretly loved Merlin, too, but this crush felt a little embarrassing.) I loved the clarity of the tales, the simplicity of the quests: achieve this goal and you will be a knight, a man, a king, a hero. I had comic book versions of these stories, the heroes’ hair printed in blue-black, and when I grew older, I was given a handsome leather-bound volume, gilt-edged pages, with every tale fronted by a rich-hued illustration. Gawain’s hair was blond now, a perfect coiffed pageboy. His chainmail glistened. His face was pale except for rosy cheeks; not a hint of whisker. He was the man-boy I wanted to grow into.

Of course, that was impossible. (On many scores: I am not that good with a sword and my curly hair will never allow for such a tidy ‘do.) As I grew up, I slowly absorbed that being a knight was not a likely future endeavor for me. And then, as I grew up even more, I learned that these tales of chivalry probably weren’t historically accurate in any sense but rather an invention of a later date. And finally, somewhere around the time when I came out as transgender and began to more deeply embrace feminism, I dismissed all those chivalric legends as patriarchal myths designed to reinforce the binary and subjugate women.

Yet, I still kind of wanted to be a knight.

So imagine my delight when, in 2014, returning to graduate school after teaching English for a decade, I took a course in Medieval Literature and read Le Roman de Silence for the first time.

Like most people, I had never heard of the text before. Le Roman de Silence’s author is anonymous—he claims to be “Heldris of Cornwall,” a figure who does not appear in any other tale. There is only one surviving manuscript of Silence; in 1911, it was discovered in a box marked “Old papers—of no value” at Wollaton Hall in Nottingham. The manuscript, determined to have been written in the 13th century, languished without much critical interest until the late 1990s, when gender studies scholars began to examine it more carefully, though it is still far from well known.

The story Silence tells is both familiar and strange; as I read it that first time, it was like seeing my childhood legends of knights in a fun-house mirror. The basic plot is this: the king of England has decreed that no girls or women may inherit wealth or land. In Cornwall a noble, Cador, and his wife, have only one child, a daughter they name Silence. In order to subvert the king’s inheritance law, the husband and wife agree to raise Silence as a boy. They try to do so discreetly, sending the child off to be raised in a remote location, but Silence—restless, unsure adolescent—runs away to France and eventually becomes, in turn, a minstrel and a knight. Returning, at length, to England, Silence—now an esteemed knight—joins the king’s court and receives the (unwanted) sexual attention of the queen. Eventually matters reach a head and Silence is sent off on a supposedly impossible quest to find the old magician Merlin who is running around half-feral in a forest and bring him back to adjudicate the matter. Silence does and a bizarre and troubling conclusion is reached.

I read this old French poem as a 30-something trans guy and wept over the pages. This was a story that would have made such a difference in my childhood—this child, Silence, resonated so deeply with how I saw myself and what I wanted as a kid. The novels I had as a child told, at best, about “spunky” girls. I had no mirror for the feelings inside me. But here was one—Silence—from the 13th century.

The story is recognizably chivalric—there are monsters and battles, an older king, young warriors, an alluring but unfaithful queen. There’s sexual threat, with an oversexed woman coming after a pure knight (my comic book versions usually glossed over these parts). There’s a quest, of course. And there’s Merlin. But, as I say, it’s all through the looking glass. Merlin, for instance, isn’t the wise and poised advisor. He’s been cursed and is living in the woods, eating grass and running around naked. The Queen is no Guinevere: she is having an affair with a man she dresses as a nun so he can sneak into her chamber. And the hero, Silence? Silence is a great knight, pure and noble, but he’s no man at all.

Truly, the most wonderful part of Silence comes in the way the author handles gender. First, there’s the presence of Nature and Nurture, who appear in the tale and make long statements on how they perceive Silence. Nature, for instance, argues that she molded Silence, made her beautiful and fair. Nurture counters this by saying that Silence has traveled and labored as a knight and that wind and weather have roughened his features. Second, there’s the language, the twisty way the author plays with gendered endings of words and makes a binary system work to express something beyond the binary. So, for instance, the reader encounters wonderful lines like “When the child was old enough to understand he was a girl.” It’s enough to drive an English grammarian mad, mixing he and girl as if the two could be synonymous. That’s just the sort of queering of pronouns and gendered terms I encounter in contemporary trans discourse.

The story Silence tells is both familiar and strange; as I read it that first time, it was like seeing my childhood legends of knights in a fun-house mirror.

But it isn’t only word play. Silence grapples with the question of what “makes” one a boy or a girl. Here’s an example of the type of reasoning the author presents in describing Silence: “Whatever one could see was certainly male! But there’s more to this than meets the eye—the he’s a she beneath the clothes.” You’d find less clear explanations in much of the writing about transgender people today. This line, one among many in the poem, puts forward the sense that there’s “gender expression”—what one wears (among other aspects)—and then there’s “anatomical sex”—the body beneath the clothes. Even more, the author understands that so much of gender is about perception, how we are seen. It’s a deft move, still being articulated and argued by gender studies scholars today, 800 years after Silence was composed.

Silence has problems and limitations. The misogyny in the text is unbelievable. Almost every female character except Silence is horrible: liars, adulterers, cheats. In this way, the poem is very typical for medieval literature. We are left, then, with the sense that the only way to be a good woman is to be a man. This is a very troubling conclusion, of course, but there’s much to be learned from it. In fact, I would argue that it is wise to consider the ways in which this is still a functional truth today.

In retelling this poem in my novel, The Story of Silence, I wanted to give Silence what they don’t have in the original—a voice. Instead of being a passive chip, fate decided by father, identity argued over by Nature and Nurture, I wanted Silence to overcome their name and speak for themself. I wanted other things, too: more Merlin, more magic, more queerness. But what I wanted most was to write the story of a truly noble knight, the one I wanted to be like when I was a little tomboy all those years ago. 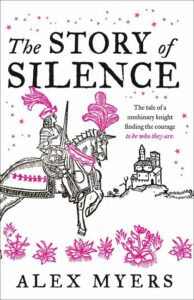 The Story of Silence by Alex Myers is available now via Voyager.

Alex Myers is a writer, teacher, and speaker. Born and raised in Maine, Alex was raised as a girl and left to attend boarding school. At school, Alex came out as transgender, returning his senior year as a man, and was the first transgender student in his academy’s history. Alex earned his bachelor’s at Harvard University, studying Near Eastern Languages and Civilizations, where he was the first openly transgender student at Harvard and worked to change the University’s nondiscrimination clause to include gender identity. Since earning a master’s degree in religion at Brown, Alex has pursued a career in teaching, as a transgender advocate, and as an active journalist contributing to the Guardian, Slate, THEM and other publications. He currently lives in New Hampshire with his wife and two cats.

Brandon Taylor: Writer’s Block Is Not Tragic (It’s a Part of Life) 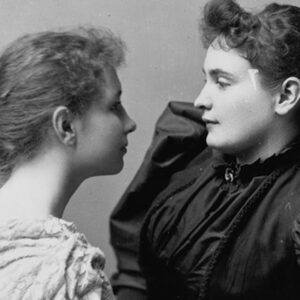