In many ways, Sally Rooney’s immensely popular 2018 novel Normal People is a straightforward love story. For the uninitiated (though I can’t imagine too many of those are reading this), it tells the story of two Irish teenagers, Marianne and Connell, who fall in love in high school. Trouble arises because of the gap in their social statuses—when they get to university, the dynamic of that gap is reversed, but it’s still there, and some more trouble ensues. They’re both damaged and they hurt each other but they keep coming back together, drawn by some inexpressible, unstoppable force. The novel alternates between their perspectives, building towards a bittersweet conclusion.

Love stories get a bad rap in literary fiction—we often dismiss them as lowbrow. That’s part of why Normal People (and Sally Rooney in general) was such a unicorn—it was good enough to transcend the stigma but still commercial (and sexy) enough to draw a vast readership.

Rooney is a good writer of strong sentences, and an excellent crafter of character, but what really elevates Normal People for me is Rooney’s use and manipulation of time—the way she skips forward after some more or less traumatic event, some hinge in Marianne and Connell’s relationship, switching perspectives, often not answering the reader’s burning question of But! What! Happened! until after we’ve seen the fallout. As Rooney alternates between the perspectives of Marianne and Connell, we see how two people in a relationship (or out of one) might view a single moment, or even a year, entirely differently—and how the passage of time can cement our understanding of things, even if that understanding is ultimately corrected.

Hulu’s much-anticipated adaptation of Rooney’s novel, a 12-part limited series arriving on April 29th, and directed by Lenny Abrahamson and Hettie Macdonald, is a loyal adaptation, even if it necessarily smoothes over a patch or two. It’s also a satisfying one. Connell (Paul Mescal) and Marianne (Daisy Edgar-Jones) are both electric, and the blocking is immersive, effective. For the most part, it feels like the book, and this is intentional. Apparently, the mantra on set for the actors and directors was “the book is the Bible.” You can tell.

But it’s not just strict adherence to a good novel that makes Normal People such a good television show. As others have pointed out, the sex in this series—and there’s a lot of sex in this series, including full-frontal nudity of both genders—is unusually good, in large part because of how vulnerable it is, how tender, both in the acting and in the staging. But it’s necessary, too. Marianne and Connell are magnetized in this mysterious way, both in the book and in its adaptation; it’s a sexual magnetization as well as an emotional one, and it comes with the constant refrain: “it’s not like this with other people.” Indeed not, and for that reason the sex stops short of being realistic, exactly—which only makes it more effective at transmitting the narrative’s central concern: the uncommon bond between these two people, and whether it can outlast the world around it.

It feels a little strange to admit, but I actually found the adaptation even more moving than the novel—and this is primarily down to the acting. Both lead actors are excellent, but Mescal is particularly convincing as the confused, heartsore Connell—a kind of male character that is still not often seen on screen.

However, the screen has its limits. While the storytelling in the adaptation is pretty seamless, even without as many time markers as we got in the novel, it’s difficult to translate two different close third POVs into a format in which everyone is at the same distance from the viewer all the time. Most of the hinges in the narrative rest on misunderstandings, or things simply left unsaid, and when we watch television, we’re used to being served a more or less agreed-upon reality, something that only sometimes exists in Rooney’s novel.

It’s not that the adaptation doesn’t address this. There is one very subtle moment in which it is particularly well handled: at the moment of what is perhaps the most egregious misunderstanding in the narrative, when Connell “has to” go home to Sligo for the summer, he asks Marianne: “I guess . . . I guess you’ll want to see other people, or uh?” Later in the episode, we hear what Marianne heard: “So I guess we should see other people.” This strategy works, and it’s not overused. In fact, I wish it had been used just a little more. In other moments—like when Connell leaves Marianne the heartfelt message after the Debs—we’re left wondering what happened with no answer forthcoming.

While watching Normal People, I often thought of Luca Guadagnino’s adaptation of André Aciman’s Call Me By Your Name—and not just because they both feature idyllic sequences of their central lovers bicycling through the Italian countryside, laughing much more than I ever have on a bicycle, personally. 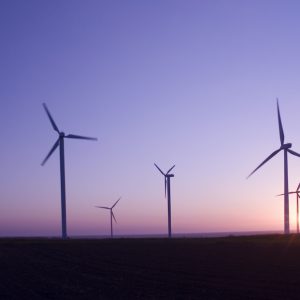 This essay is based on interviews with Chomsky conducted by C.J. Polychroniou, Amy Goodman, and Harrison Samphir. * History...
© LitHub
Back to top