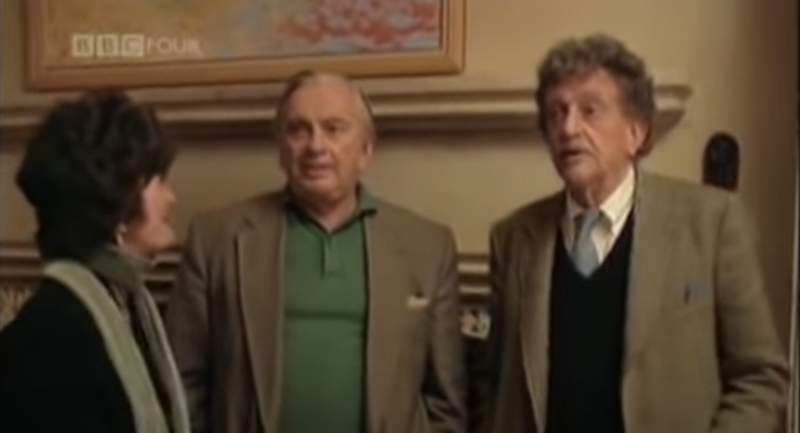 Watch this video of Gore Vidal roasting Kurt Vonnegut (and um, hitting on his wife).

Some light snowstorm viewing for you: Gore Vidal and Kurt Vonnegut and Jill Krementz having a wonderful time. In under two minutes, Vidal—known for his mean witticisms—hits on Jill Krementz; says he was the first choice for Vonnegut’s cameo in Back to School (where Vonnegut plays himself); and owns up to insulting Truman Capote upon his death. And Vonnegut loves it.

Upon Vonnegut’s death, Vidal gave him a kinder treatment than Capote: “Those of us who came out of the war in the 1940s made [literary realism] sort of the official American prose, and it was often a bit on the dull side. Kurt was never dull.” If all their hangs were this fun, I can understand why.